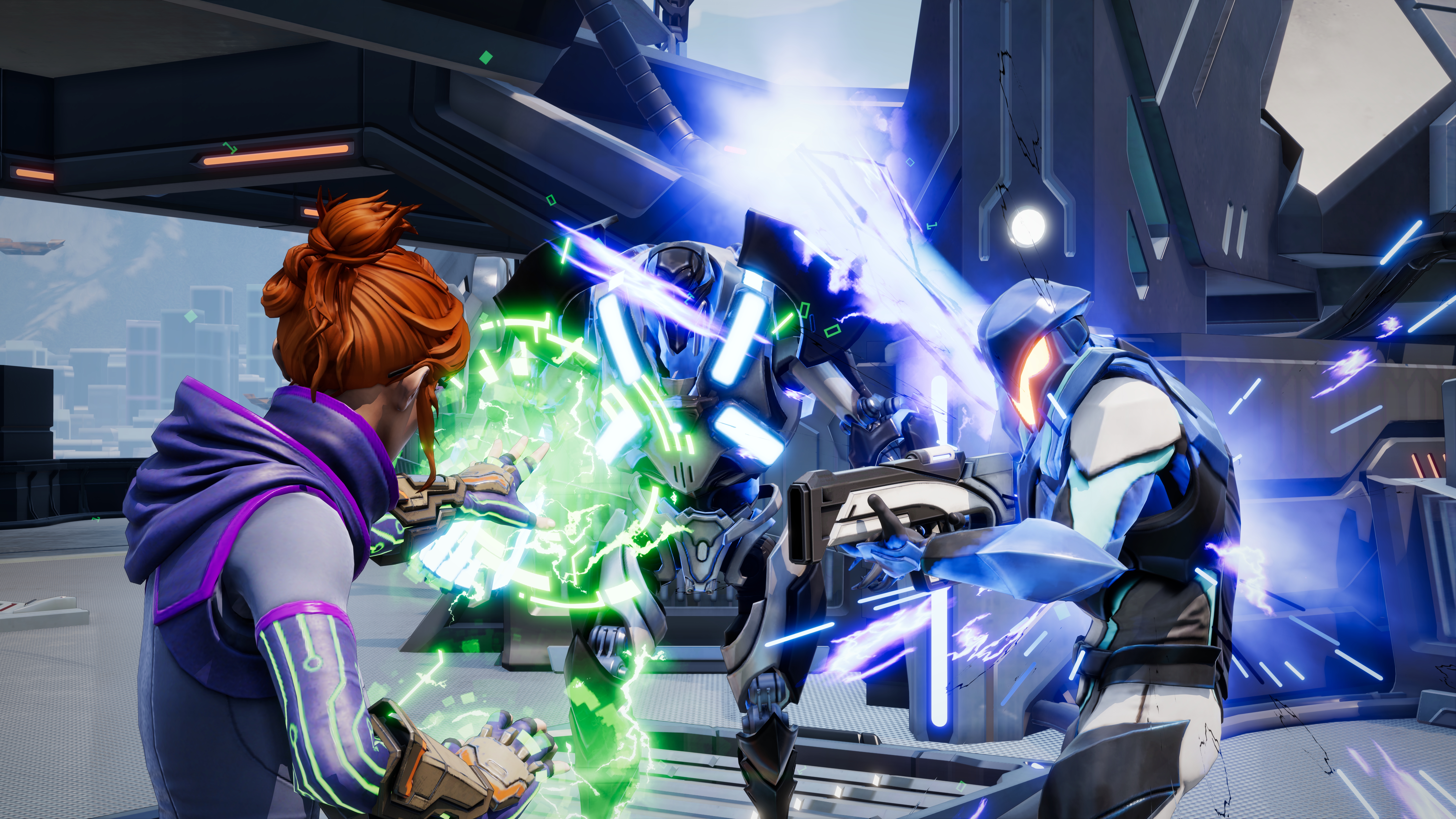 Agents of Mayhem released on PC, PS4, and Xbox One back in August; unfortunately, it wasn’t successful in the critical or sales departments as Deep Silver had hoped. That being said, Volition is continuing to support the game with new DLC, and today the revealed that an alternate version of Kenzie Kensington from the Saints Row games named Agent Safeword has been added to the game on all platforms as DLC.

Her DLC Pack does cost $4.99, but it comes with her character, four skins, five new weapon skins, one new gremlin skin, one new vehicle skin, and two new missions. Unfortunately, we do not get to see Kenzie in action in her reveal trailer, as this video also doubles as her animated introduction cinematic.

According to Volition, in this world, Kenzie Kensington was a hacker that was able to hack several government agencies by the time she was fourteen. She ended up being recruited by the FBI but was getting sick of her dead-end job, so she agreed to join Persephone’s Agents of Mayhem. She isn’t the first character from the Saints Row series to carry over into Agents of Mayhem, as Pierce Washington from Saints Row 2 is also playable as Agent Kingpin.

You can check out Kenzie’s reveal trailer below. Agents of Mayhem is currently available on PC, PS4, and Xbox One.

Stardew Valley: What’s New In The Switch Update? March 4 Patch Explained
Destiny 2 Update 2.13 (Today, March 2) Hotfix 3.1.0.2 – Patch Notes and Update Size
Shovel Knight Teams Up With Arby’s – What Does the Kid’s Meal Include?
Smite Update 8.3 Patch Notes – What is Included and When is it Out?
PS Vita & PS3 Cross Play – How to Transfer Games