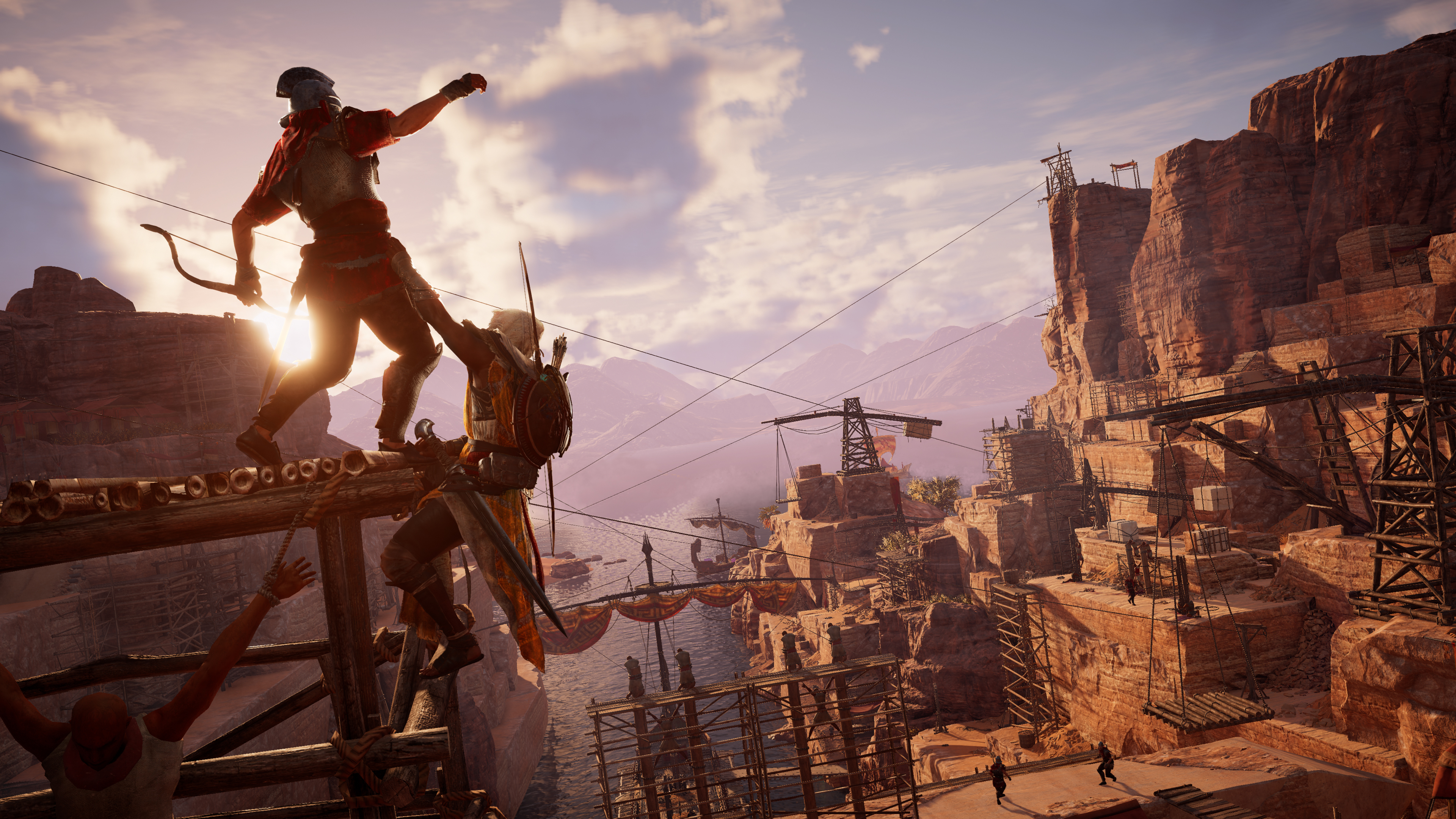 Ubisoft has released patch notes alongside their 1.0.3 update for Assassins Creed Origins. The patch rolled out on all platforms a few days ago and adds a ton of changes, fixes, and new additions. While Xbox One X version will be getting the 4K treatment in this update, HDR support is being added to the Xbox One S and PS4 versions as well.

There is also a good chunk of gameplay issues players might’ve found in the game when Assassin’s Creed Origins first launched that should now be fixed. Controls while on mounts have been adjusted, spawn locations, glitches during combat, and much more.

There have been some changes made to the user interface in various areas and menus within the game. Also, Photo Mode has gotten some new additions in this update. You can now edit and use a slew of different photo effects like depth of field, exposure, temperature, tint, saturation, and noise. A camera roll has been implemented into the mode as well as an improved visual grid making it so players can follow the “Rule of Thirds” principle in photography.

You can check out the full list of patch notes by going right here. If you still haven’t picked up Assassin’s Creed: Origins yet, you should totally check out our review of the game or some of the 4K footage we got to record.

Assassin’s Creed Origins is available now on PS4, Xbox One, and PC. Check out the full patch notes below:

Please find the latest changes below.

Shin Megami Tensei and Persona Merch is Here and it’s Official
One Second From Every Game That Defined PS4
Dirt 5 Will Be Available for PS5 on November 12, Supports Free Upgrade from PS4
Ubisoft Titles Are Getting Cross-Progression and Cross-Play Features Via New Ubisoft Connect Service
Phil Spencer Teases Microsoft TV Streaming Sticks With xCloud Support