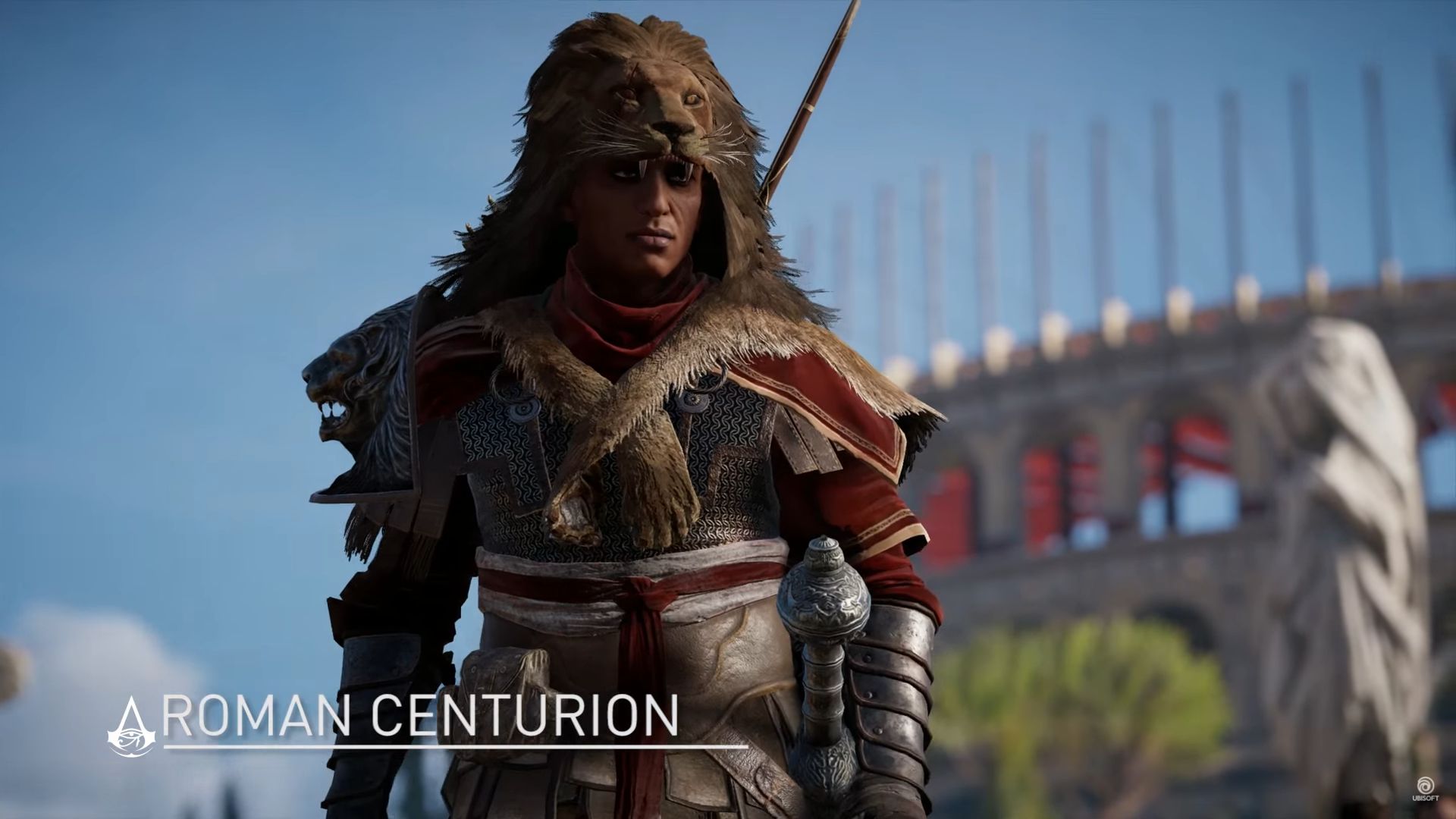 Today Ubisoft released the Roman Centurion Pack DLC for Assassin’s Creed Origins, and they followed up with a trailer to show what it is all about.

The DLC package lets you dress Bayek as a Roman centurion (or more precisely, a rather imaginative way of how a roman Centurion would have dressed), complete with lion pelt, two weapons, a shield and a horse.

If you want to grab it, it costs $6.99, but if you already have the season pass, you can download it with no additional purchase.

You can check it out in the trailer below. If you want to learn more about the game, you can enjoy our review, watch our video review, or read about the latest patch to support Xbox One X.

You can also check out of the first thirty minutes of gameplay on Xbox One X, and a batch of tutorial videos directly from the developers.

You should also read our recent interview with Creative Director Jean Guesdon, explaining how the game benefited from one more year in the oven.

Assassin’s Creed Origins is currently available for PS4, Xbox One and PC.