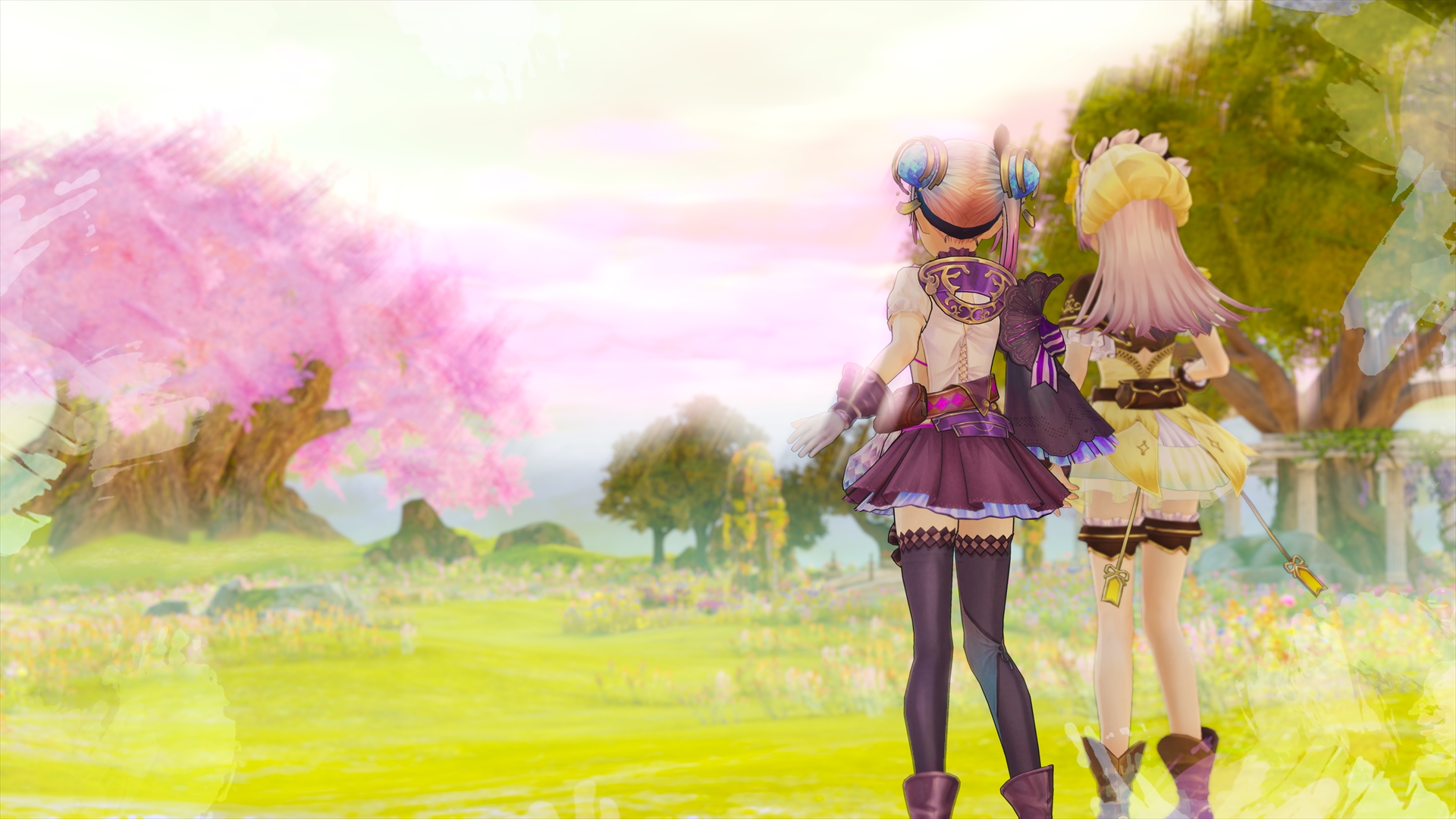 In this week’s Weekly Famitsu, Atelier Lydie & Suelle: The Alchemists and the Mysterious Paintings received some new details and screenshots of returning characters and battle sequences.

First off we are reintroduced to Firis Mistlud and Ilmeria Von Leinweber from Atelier Firis: The Alchemist and the Mysterious Journey. Firis is still carrying her signature backpack, but something new is that she learned how to use the bow in battle. This is a skill that she picked up from her sister, Liane Mistlud, on her travels around the world. Similarly, Ilmeria uses her training as an alchemy master to use alchemy in battle.

We also meet a new character name Roger Marlen who is Lydie and Suelle’s father. He isn’t well liked by many and is considered a bad parent and mad scientist.

During Atelier Lydie & Suelle: The Alchemists and the Mysterious Paintings players will need to complete small quests that unlock the main story over time. To document these quests, Suelle keeps an “Ambition Notebook” that will be used to organize the player’s activities, as seen in preview Atelier series.

Additionally, we get a look at some of the battle sequences from the game.

Atelier Lydie & Suelle: The Alchemists and the Mysterious Paintings is coming to the PlayStation 4, PlayStation Vita, and Switch in Japan on December 21, and PlayStation 4, Switch, and PC in North America and Europe in early 2018.

You can check out the screenshots below, be aware that these are scans: