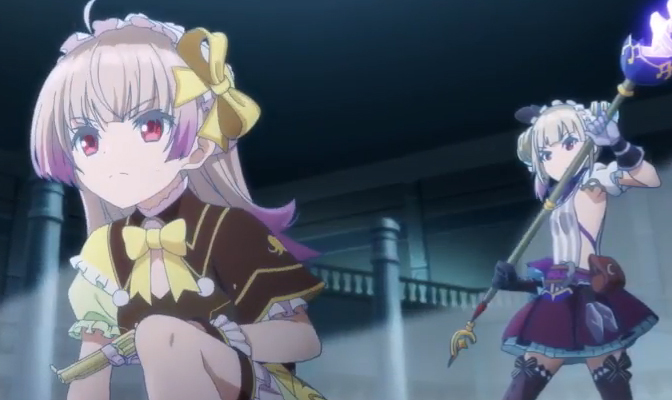 The opening movie shows plenty of the game’s animated cutscenes, but it also sets a light hearted mood of the game’s overall story premise. Additionally, players can get a preview of some of the returning characters from the first two entries of the “Mysterious” trilogy. Lastly, there are a few action scenes that give the impression that Lydie and Suelle know how to handle themselves in battle.

Atelier Lydie & Suelle: The Alchemists and the Mysterious Paintings introduces Lydie and Suelle Marlen to the Atelier series, who will serve as this game’s protagonists. Both have different personalities that set them apart, but share a similar dream of moving away from their hometown to become Atelier Masters.

One day the pair come across a mysterious painting, as the title would suggest, and find themselves transported to its world. They discover a world where they can find hidden ingredients and new environments to better themselves at atelier magic and make themselves the best in the country.

You can check out the opening movie below, and if you want to see more, Gust just released new screenshots of the game, as well as recently released the first gameplay, a recent gallery of images and more screenshots from a couple of weeks ago.

You can watch the opening movie below: