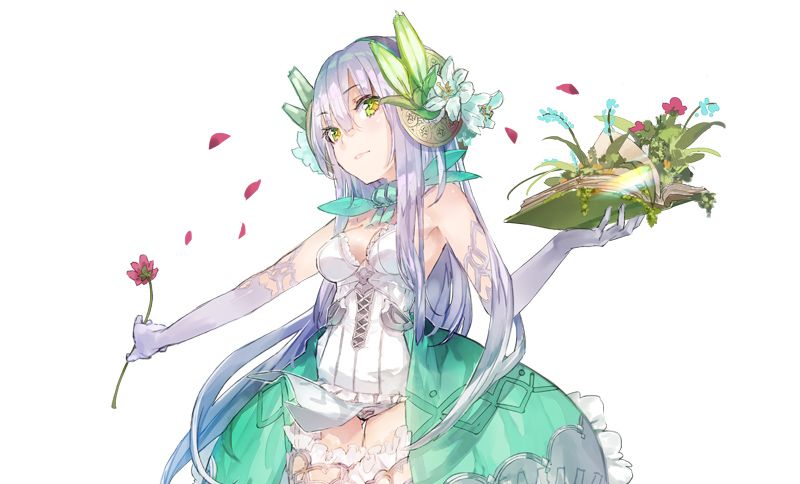 It’s already Monday in Japan, and this means that we’re in for the usual ration of Gust news, and more specifically we get some more screenshots and information about Atelier Lydie & Suelle: The Alchemists and the Mysterious Paintings.

This time around we get more returning characters from Atelier Sophie: The Alchemist of the Mysterious Book, including fan favorite Plachta.

She is currently traveling with Sophie, and she appears to have changed a lot from the previous games, taking on a more feminine appearance. She is serious and calm, and supports the protagonists with her far-reaching knowledge of alchemy, while watching over them

Drossel and Fritz Weissberg are also back. Fritz is now 59 years old, and he is the traveling swordsman and puppeteer. He keeps training even at his age, and his skills at both of his arts are still growing. He is the one who created Plachta’s doll body, and when he sees a doll his personality suddenly changes, but he is normally cool and able to make the right decision.

His daughter Drossel is now 30 years old, and she works as a playwright and puppeteer. She loves her father and her puppets, and her objective is to create the best puppet show. After making a fine debut, she is also progressing in her career as a playwright.

Two new characters are also introduced: Rusha Voltaire is Lydie and Suelle’s rival and childhood friend, and the only heir of the famous Atelier Voltaire.

She is beautiful and polite, always talking to people in a formal way, so she is considered quite highly among her peers. Yet, she has a bit of a dark side, and she is very ambitious. That being said, her pride is mostly a result of being lonely, and while she can act high and mighty, that’s mostly a facade hiding a warmer personality.

Alto is also a skilled alchemist working in an atelier in Melville, boasting the highest knowledge of the subject among the local alchemists. He is cold and cynical, and is always surrounded by a cold atmosphere. He looks down on alchemists who do things half-heartedly, and his identity is a bit of a mystery.

The game features an atelier ranking system, and the protagonists will have to struggle in order to aim for the top in the country. After they finish their ranking exam, they’re tasked by the government to investigate the magical pictures escorted by Matthias, and they also find Rusha there, who apparently was given the same mission.

Some of the paintings are worn and damaged, and the two twins will have to count on everyone’s powers to create the items necessary to repair them, activating their magical properties.

We also see more of the “activation item” that is a new mechanic in the alchemy system. When used, it allows the player to change the color of some of the tiles in the alchemy puzzle. This allows to create items with different properties and effects.

Another side of the game’s alchemy is the “battle mix” feature, that lets us use collected ingredients and blend them during battle to instantly generate a variety of effects. It can be used when the front line of the party fulfills the required conditions. A bonus named “extra mix” can also be activated, adding an additional effect to the created item.

This allows to come up with powerful items like “Big Bang Flame” or “Mega Bomb” that cannot be created with ordinary alchemy.

Last but not least, we get to see a couple of environments, in the form of the Palace of Frozen Time, which can be found inside a painting, and an old church overlooking the sea in the real world. Apparently Lydie and Suelle occasionally go there.

The game will launch in Japan on December 21st, 2017, for PS4, Switch and PS Vita. The Japanese Vita release will unfortunately be the only one playable on Sony’s portable, as the western version, which will come in early 2018, will skip it in favor of PC.

You can check out the gallery below, and more screenshots from a couple of weeks ago.