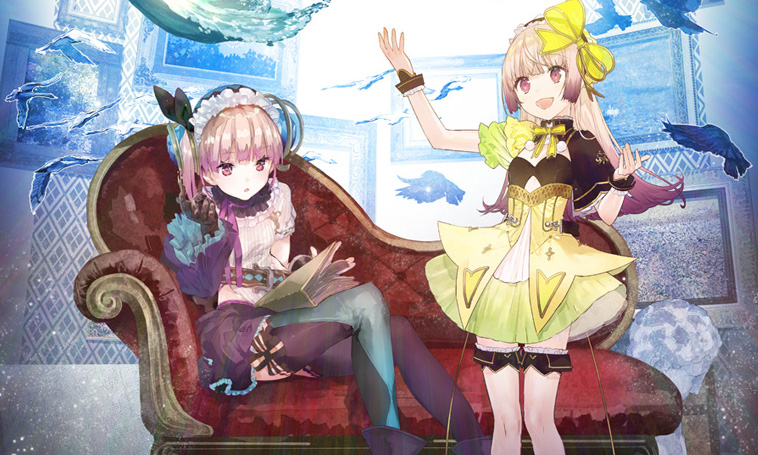 The first video shows the game running on Nintendo Switch, which is a system that might not be known for having the most powerful hardware in the current generation, but it seems to be running the game decently. For the west, this will be the only way to play the game on the go with the Switch in handheld mode.

The next video shows the game running on PlayStation Vita, which looks similar to the Nintendo Switch version. The trailer also shows some battle scenes running on the Sony handheld.

Lastly, we get a look at the game running on PlayStation 4, which displays some large steps forward in terms of graphical improvements over the former trailers. This trailer focuses on battle gameplay where players can get a preview of the new battle system and combination arts.

Atelier Lydie & Suelle: The Alchemists and the Mysterious Paintings introduces Lydie and Suelle Marlen to the Atelier series, who will serve as this game’s protagonists. Both have different personalities that set them apart, but share a similar dream of moving away from their hometown to become Atelier Masters.

If you’d like to see more, you can check out the opening movie, new screenshots of the game, as well as recently released gameplay footage, a recent gallery of images and more screenshots from a couple of weeks ago.

You can watch the three trailer below:

Xbox 360 Game of the Year 2010
Elden Ring New Trailer Will Likely Be Showcased on March 23 at Microsoft’s Possible Event – Here’s How
HoYoLAB Daily Check In – Why PS4 Players Are Unhappy?
Watch Dogs Legion 1.11 Patch Notes – What Bugs Have Been Fixed?
Xbox – March 2021 Games with Gold