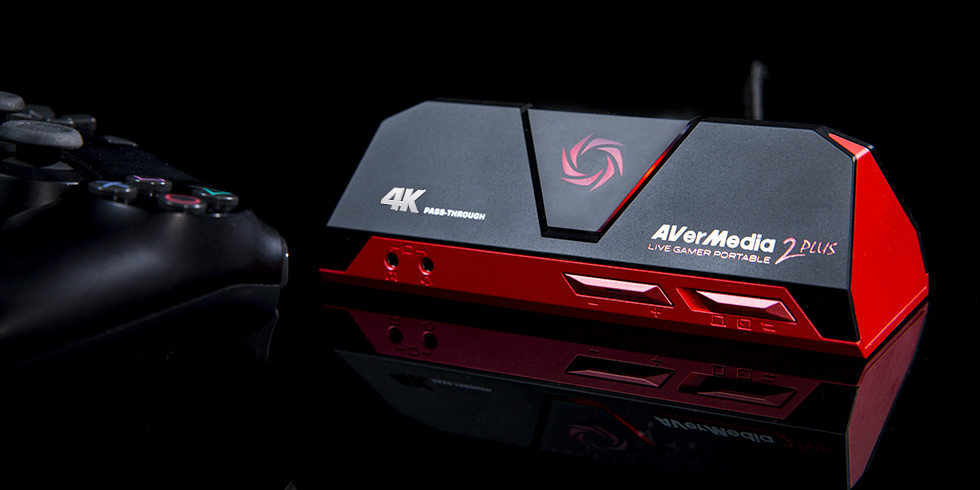 Let it be known, the AVerMedia Live Gamer Portable 2 Plus is nothing short of an absolute miracle for me, and now the critical component of any video capture I produce.

As a (self-proclaimed) techie, I tend to invest in the latest and greatest things in the home console gaming market. Despite never having an issue with my reliable PlayStation 4, I was compelled to invest in the PlayStation 4 Pro to get the full benefits out of a 4K TV I still did not even own. And, even when I managed to get both of those firmly settled within my household, I decided to pre-order the upcoming Xbox One X Project Scorpio edition to squeeze every small technological detail out of third-party games.

But this investment into my home console set up hasn’t come without its drawbacks. As my consoles have been getting more powerful, my ability to capture footage or stream games has taken a hit.

My ever-dated Alienware Alpha chugs when trying to capture 1080p footage and, even worse, I don’t get to enjoy the 4K output while capturing. That is a big deal for me – while not everyone plays their games while capturing footage, I (and many content creators) spend nearly all their video game-playing free time recording B-roll footage for reviews and video content. Each time I’m setting up the capture device, I can’t help but think “Why did I invest in 4K if I’m never getting to play in it?”

And while I may not be every gamer out there, hardware designers AVerMedia has managed to spot my plight somehow and address it in a one-stop-shop capture device.

In steps the AVerMedia Live Gamer Portable 2 Plus – a spinoff of the AVerMedia Live Gamer Portable 2 – a capture device that boasts itself as the first to market 4K pass through. While this doesn’t mean we see hardware-intensive 4K recordings, the new tool lets you record footage in 1080p while still broadcasting 4K video on-screen. In other words – content creators and serial gameplay-recorders can start fully utilizing their 4K devices while capturing their gameplay.

Having alternated through my fair share of capture devices, ranging from Elgato and Hauppauge brands, I was surprised by the powerful look of the AVerMedia Live Gamer Portable 2 Plus. While it isn’t as sleek as the covert, all-black Elgato Game Capture HD60 S, the Live Gamer Portable 2 Plus almost takes up a dominating presence on my counter – complete with power-red highlights and glowing status lights.

Even more important than the design is the simple set up. This may not be unique to the AVerMedia Live Gamer Portable 2 Plus – easy to use, plug-in and play capture devices have become all the rage as Twitch and YouTube have dominated the video space for gaming. With that said, It’s worth noting that the Live Gamer Portable 2 Plus keeps that gold standard, with a smooth set up. The simplest (and most utilized) modes only require rearranging three wires. In all of the various capture modes available, I never found myself spending more than two minutes getting everything set up.

Speaking of those modes, that is where the Live Gamer Portable 2 Plus differs the most from the competition. Where other popular devices in the industry just let gamers capture the footage via their computer, the AVerMedia Live Gamer Portable 2 Plus instead hosts an option where you can capture footage onto a (separately-purchased) Micro SD card. First introduced in the series with AVerMedia Live Gamer Portable, this setting has been invaluable to both people who do a lot of their capturing at out-of-office events, as well as those who still might have a rig that is just too underpowered for most capture devices. And yea – I fall into both of those categories.

To give you an example, I first stress-tested the AVerMedia Live Gamer Portable 2 Plus using my last-generation Microsoft Surface tablet. From the get-go, I knew this experiment was doomed – my tablet can barely handle checking my e-mail account and Twitter at the same time, let alone video capture. As expected, the tablet – which is by no means made for 60fps 1080p capture – began overheating. While I (for the first time) was being able to capture and play in 4K, there was no way my spotty Surface tablet was going to be able to record Bulletstorm: Full Clip Edition (let alone Minesweeper).

However, AVerMedia’s Live Gamer Portable 2 already had a solution for that. After packing my tablet away, quickly plugging the USB cord into the PS4, and a flip of the front-facing switch, I was able to record gameplay onto the Micro SD card in the device – still playing in 4K and completely computer-free, mind you. After recording, I plugged the device back into my Microsoft Surface and, almost like magic, I had silky-smooth, 1080p 60fps video.

And in this is the real benefit – not only does the AVerMedia Live Gamer Portable 2 Plus offer a solution to tech-heads like me that want to record AND enjoy their 4K devices. It also imbues flexibility on the content creator, who is no longer restricted by their hardware. Whether you are set up with a state-of-the-art custom-built rig or are just trying to get by with a four-year-old tablet, AVerMedia Live Gamer Portable 2 Plus opens the door to game capture and content creation for you.

Though that benefit may be playing to a niche audience of YouTubers, Twitch streamers, and content creators that want to see the fruits of their consoles’ power, I couldn’t recommend the hardware enough to that audience or anyone who sees it in their future. With that said, gamers who don’t see themselves upgrading in the near future can comfortably get a lot of the same benefits with the original AVerMedia Live Gamer Portable 2.

Disclaimer: A unit of the AVerMedia Live Gamer Portable 2 Plus was sent to DualShockers by AVerMedia for the purpose of this review.

How Long Will The Mario Items Be Available in Animal Crossing For?
38 Big Xbox One Games of 2014
Fortnite 15.50 Update (Today, March 2) – Patch Notes & Release Time
Hu Tao Teaser Trailer Reveals How Scary She Can Be With Staff of Homa
Call of Duty: Cold War Outbreak Artifact Intel Locations