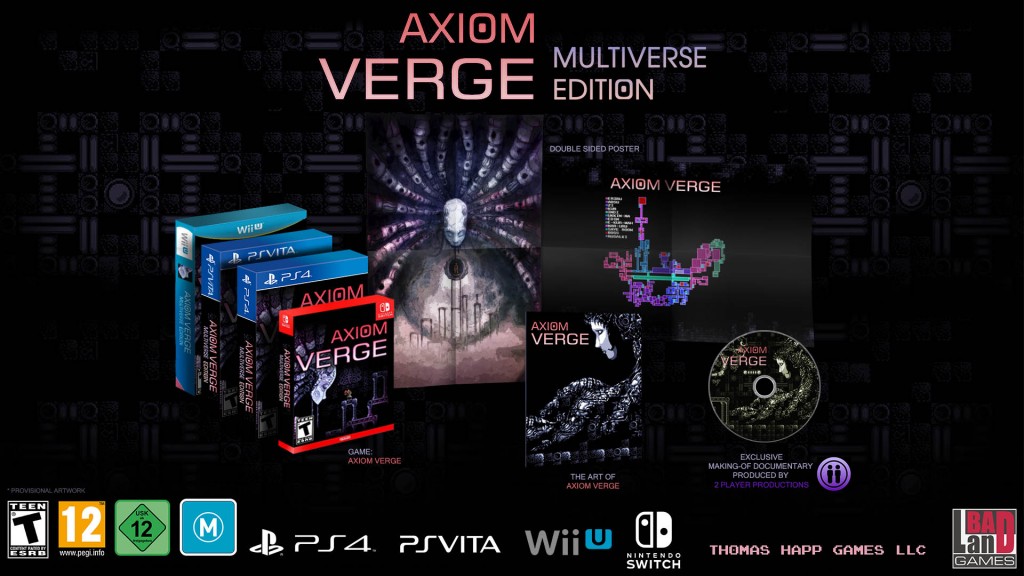 Revealed in new Amazon listings and in a blog post by publisher BadLand Publishing, players can expect exactly what was promised in the original announcement. Specifically, the following items on all consoles:

Axiom Verge is by far one of the most notable Metroidvania games this generation, originally releasing on March 31, 2015 for PlayStation 4. Since then, the game has been ported to PC, PlayStation Vita, Wii U, Xbox One, and the Nintendo Switch. In many ways, Axiom Verge plays like a love letter to previous games in the Metroidvania genre, with clear influence from games like Metroid, Contra, and Bionic Commando.

Hyper Scape “Goes Dark” for Upcoming Halloween Event
AOC Is Gearing Up To Stream Among Us on Twitch and Get Out the Vote
Ys Origin Review (Nintendo Switch) — A Simple Yet Satisfying Dungeon Crawler
Halo Infinite Campaign and Multiplayer Could Release Separately
Risk of Rain 2 1.0 Update Hits Nintendo Switch, PS4, and Xbox One Today