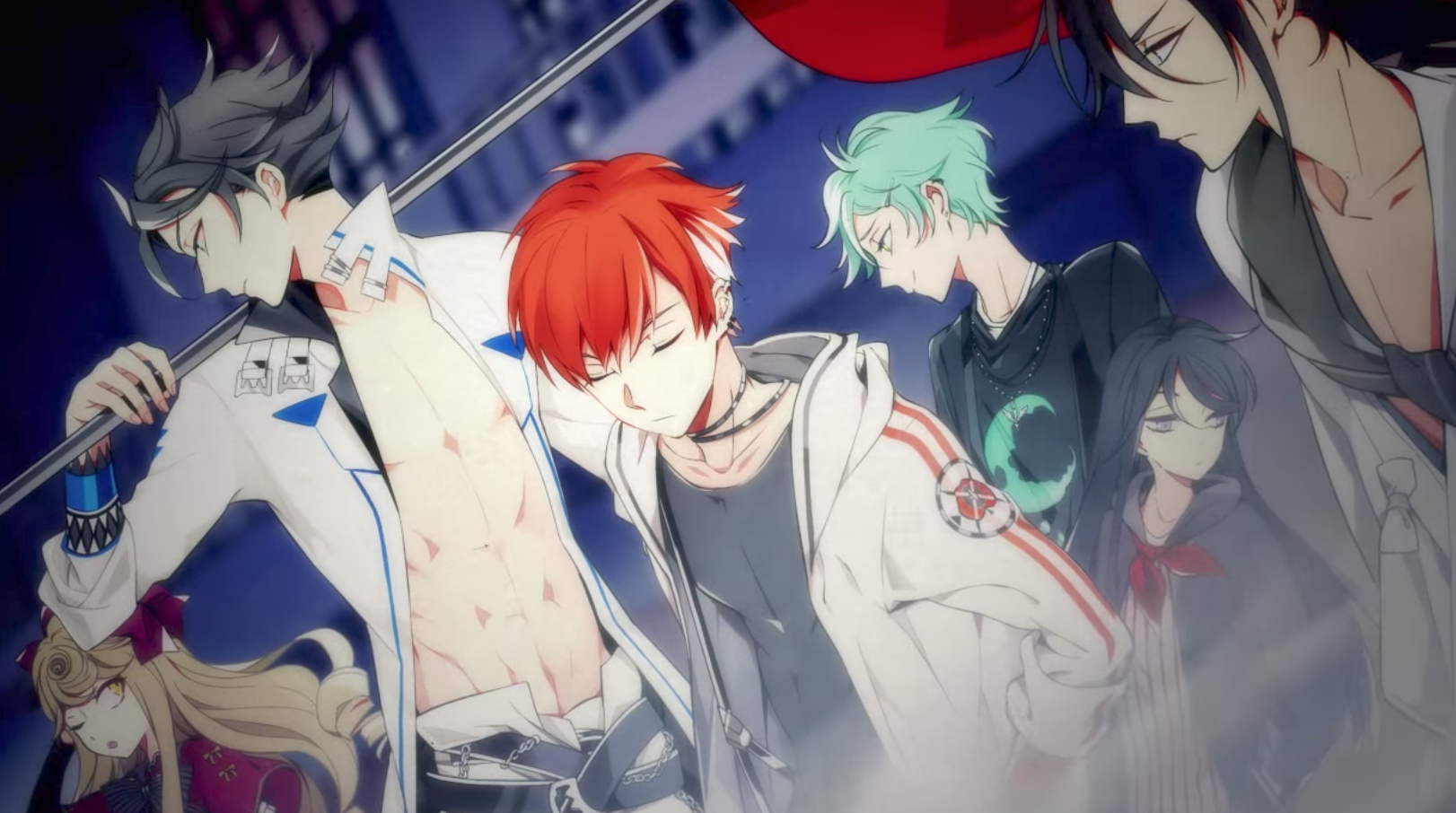 If this year has taught visual novel fans anything, it’s that it’s the Year of Otome in the West. To back up this claim, Aksys Games continues to deliver some of the most requested otome visual novels month after month, and it doesn’t seem like they plan on slowing down anytime soon — not that we’d want them too anyways.

Idea Factory’s Bad Apple Wars has been an otome novel that I’ve heard about from the fans for quite some time, so I went in with fairly high expectations. What I discovered was a well written story with interesting game mechanics, but sadly the quality varies depending on the route that is played.

I will try to stay spoiler free in this review, but I encourage that you stop reading now if you’d like to begin the game without knowing anything about the premise. Additionally, I like to make it clear that I am not the target audience for this genre, but I approach them with an open mind.

Bad Apple Wars begins by introducing the heroine of the game, Rinka, as she hurries to school to meet a sudden and tragic death (I know this might sound like a huge spoiler, but it’s not and I assure you I’ll keep the story explanation to the first 20 minutes of the game). When Rinka awakens, it seems like she has made it to school, but nothing is familiar and she is greeted by an instructor wearing a bunny mask.

Ultimately this is where Rinka and the player’s adventure begins. Over time, Rinka learns that she is now in an inescapable school that select people are sent to after suffering a death. While attending the opening ceremony, Rinka is introduced to not only the faculty, but also a group of people known as the Bad Apples and the Disciplinary Committee or Prefects.

In the world of Bad Apple Wars every student has died, but has the opportunity to reincarnate back to the real world if they follow the school’s rules. However, these rules are tricky and almost take up an entire book.

Furthermore, these rules are meant to remove any personality from an individual and turn them into a robot-like human that exists only to follow the rules and never step out of line. On the other hand, the Bad Apples choose not to follow the rules. Opting instead to break every rule and search for a rumored forbidden apple that could potentially bring them back to life with their personalities intact.

Towards the end of the book there are seven “Unbreakable” rules. Outside of breaking small rules here and there, the Bad Apples strive for a chance to break these rules, but always seem to fail or the opportunity doesn’t present itself. Luckily, Rinka might hold a key to their troubles, but she also has the potential to help of the Prefects.

The opening of Bad Apple Wars is captivating and creates a world that I wanted to learn more about, along with introducing an interesting group of characters. Furthermore, these scenes are well paced and don’t throw too much information at the player all at once.

Being an otome novel there are some attractive anime boys that the player is able to acquaint themselves with. After the opening of the game, the choice is given to either be a Bad Apple or a Prefect, either choice will gain the player access to a few boys from the chosen group. This choice can be difficult because both options have their pros and cons, but I ultimately went with the Bad Apples because I thought the self-proclaimed bad boys were cooler.

Thankfully, the game has a nice flowchart system where the player has access to the events and branching story scenes with any of the main boys. Meaning, this will allow the player to replay scenes or try for a different route at anytime of the game. I used it a couple times, but I mostly enjoy playing these games through until the end without looking back.

“Bad Apple Wars has some really great moments, but sadly this isn’t always the case for each route that I took.”

Bad Apple Wars has some really great moments, but sadly this isn’t always the case for each route that I took. The writers clearly showed favoritism with some of the story routes, especially Alma and Saturu’s routes. That’s not to say the others were bad, but there is just a clear dip in quality when you play one of the better written routes and then play through Higa’s messy story.

With that being said, there are more well written routes than bad ones so I wasn’t disappointed in the end. However, Rinka can get a little annoying no matter which route I took. She is just constantly doubting herself or confused about situations even after they’ve been explained to her. This pathetic theme of hers is present in multiple story routes, but there are also a few routes that give her some growth and made me think she wasn’t so annoying.

“character designs and illustrations in Bad Apple Wars were consistently great throughout any route taken.”

Bad Apple Wars has some pretty graphic scenes of lewdness between Rinka and the handsome boys, as all otome novels do. Throughout the game scenes will trigger where the player will be about to touch the boys on certain parts of their body. This will trigger a memory from their past, but also over time they’ll appear with less clothing, until, well, they get naked together.

I actually liked this system because it didn’t rely on me making a choice and then dying if I made the wrong one, but that’s probably because Rinka is already dead. Anyways, I was able to casually learn more about the characters through scenes of their past, which were all rather interesting.

I’d also like to say that the character designs and illustrations in Bad Apple Wars were consistently great throughout any route taken. I thought the masks that the teachers wore were all really cool and gave the game an eerie theme that was present whenever Rinka had a conversation with them.

Bad Apple Wars explores the afterlife in a way that is sure to grab the interest of visual novel fans, especially those who are already fans of Angel Beats!. However, the inconsistencies in character routes and a few dull events involving Rinka’s pathetic attitude holds the game back from being a great otome. There is plenty to love of Bad Apple Wars, but to me it doesn’t stand out when compared to some of the better otome visual novels available.