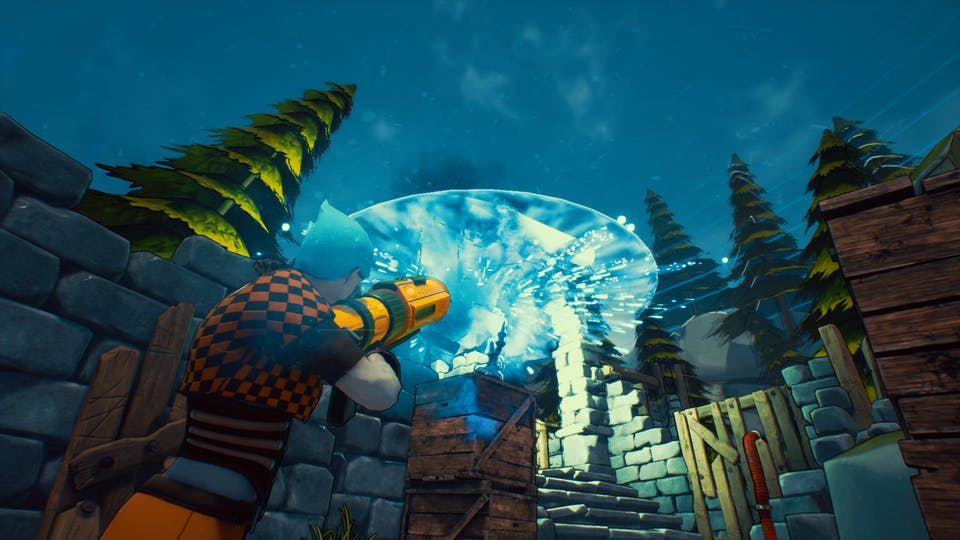 Black Riddles Studio announced today that Crazy Justice, which is currently being crowdfunded on Fig, will feature cross network play, better known as cross-play between the PC, Xbox One, and Nintendo Switch versions of the game. The title is also currently slated to come to PS4, but that release won’t feature cross-play with any other platform.

This cross-play functionality pairs nicely with the Crazy Justice’s highlighted Battle Royale modes, Survive and Survive the Tesla, as it should allow the larger lobbies on the three aforementioned platforms to fill up quicker. That being said, players can choose to just play with others on their specific platform if they choose to do so.

In case you didn’t check out the game’s Fig campaign yet, Crazy Justice is a cel-shaded third-person shooter that is being both developed and published by Black Riddles Studio. There are dozens of missions set in places like New York, Egypt, and the North Pole for players to play in both single player and local co-op in addition to the online multiplayer which consists of three modes: Survive, Survive the Telsa, and Protect the Tesla.

Players can also create Active and Passive Skill Decks of cards in order to get buffs in battle. Everyone also has the ability to construct barricades and turrets during a match depending on what abilities they have. The Nintendo Switch version of the game will also feature motion controls, taking advantage of the Joy-Con’s unique functionalities.

You can check out the trailer that reveals the game’s cross-play functionality below. Crazy Justice is currently set to release on PC, PS4, Xbox One, and Nintendo Switch in Q2 2018, though the game should hit Steam Early Access before then.

The Last Night on Xbox One – 4K Trailer
Five Controllers Even Weirder Than PS5’s Banana Controller
What to Expect from the March 23 Watch Dogs Legion: Online Update
Vishaps And Where to Find Them – How To Get The Most Primogems
Madden NFL 21 – What’s in the Final Franchise Update?