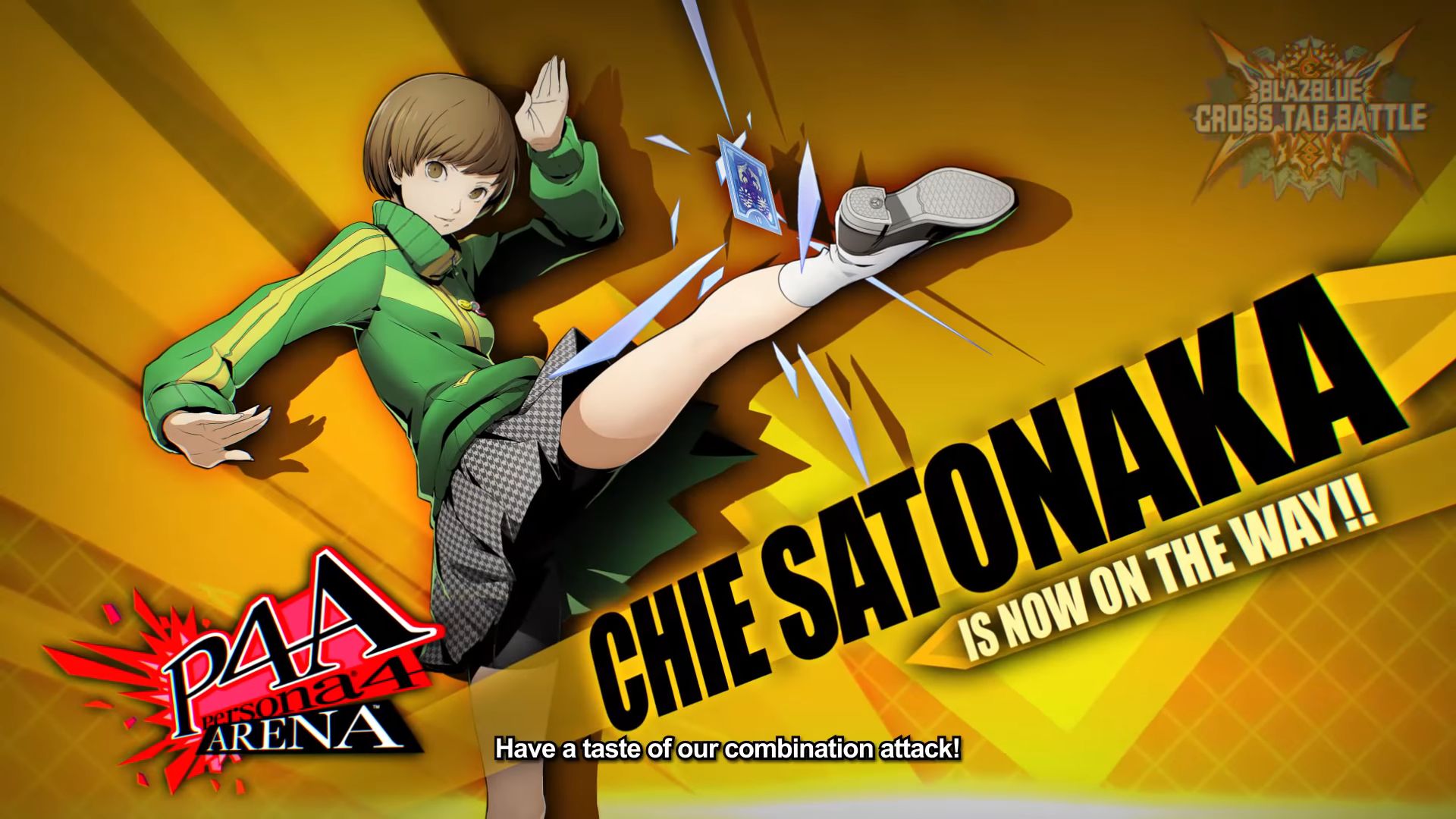 This time around we get Chie Satonaka from Persona 4: Arena, Waldstein from French Bread’s Under Night In-Birth Exe: Late[st], and the fan favorite Noel Vermillion from BlazBlue: CentralFiction.

The previously revealed characters are Ragna the Bloodedge, Jin Kisaragi, Rachel Alucard, and Hazama from BlazBlue, Yu Narukami and Yosuke Hanamura from Persona 4, Linne and Hyde from Under Night In-Birth Exe: Late[st], and Ruby herself plus Weiss Schnee from RWBY.

Of course, this is far from all, and the developer already promised that the next character reveal is coming in late November during the “ArcNama” broadcast.

You can enjoy the trailer below, alongside a recent gameplay video, a second video, the first character reveal trailer, the second, and the original tease. We also recently got the first official screenshots.

BlazBlue Cross Tag Battle is planned to be released in 2018.