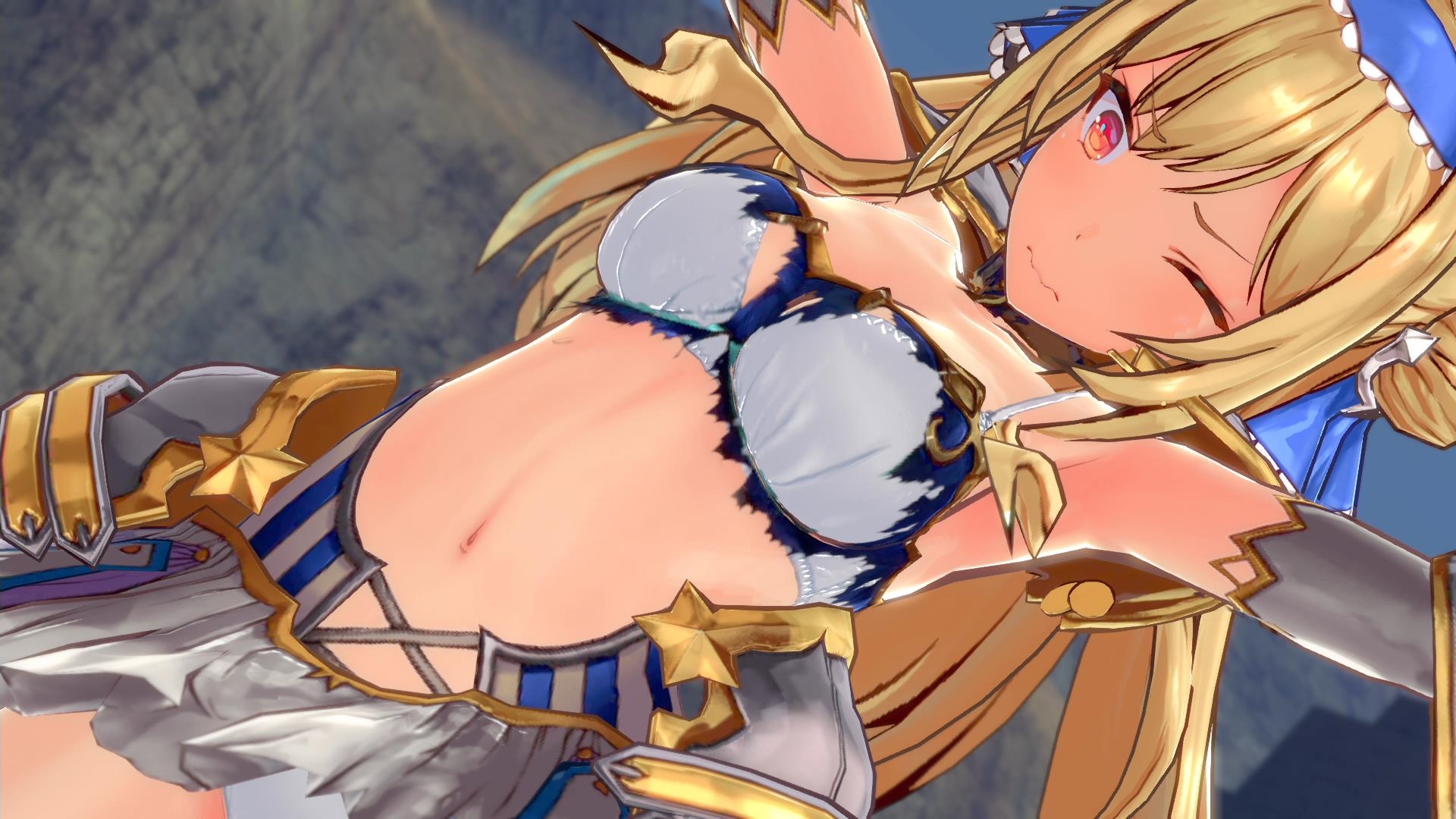 The gameplay shows a mini-game from the Bullet Girls series known as interrogation mode. Players will encounter girls throughout the game that they need information from. Evidently, in this game’s world, the only way to accomplish this is to “torture” the girl with the most obscure items in order to get the information you need. Other actions include poking and tickling. Also, in the Bullet Girls Phantasia version of interrogation mode, players will have more control over the camera and addition actions.

Bullet Girls Phantasia is the third entry in the Bullet Girls series, which was originally a PlayStation Vita exclusive franchise. This new game will bring the girls from the Ranger Club to a fantasy world where magic and swords reign. Furthermore, new characters will join the cast as the game now allows players to take another character into battle with them where gameplay is similar to what’s seen in a musou title.

Earlier today, the opening movie was release with English voice over. After many comments from readers,  it was shared with us that Play-Asia has a “Multi-Language” version available for pre-order soon. However, it’s not yet confirmed if this is exclusive to Asia or will receive a western release.

You can watch the new gameplay below:

HOW TO PLAY XBOX 360 GAMES ON XBOX ONE FAST AND EASY!!
Apex Legends May Be Dropping in on Nintendo Switch Next Month
Balan Wonderworld Will Get a Free Demo Later This Month
Gabe Newell Confirms Valve is Currently Developing Several New Games
Atomic Heart Reveals Ray-Tracing Support With a Brief Action-Packed Trailer