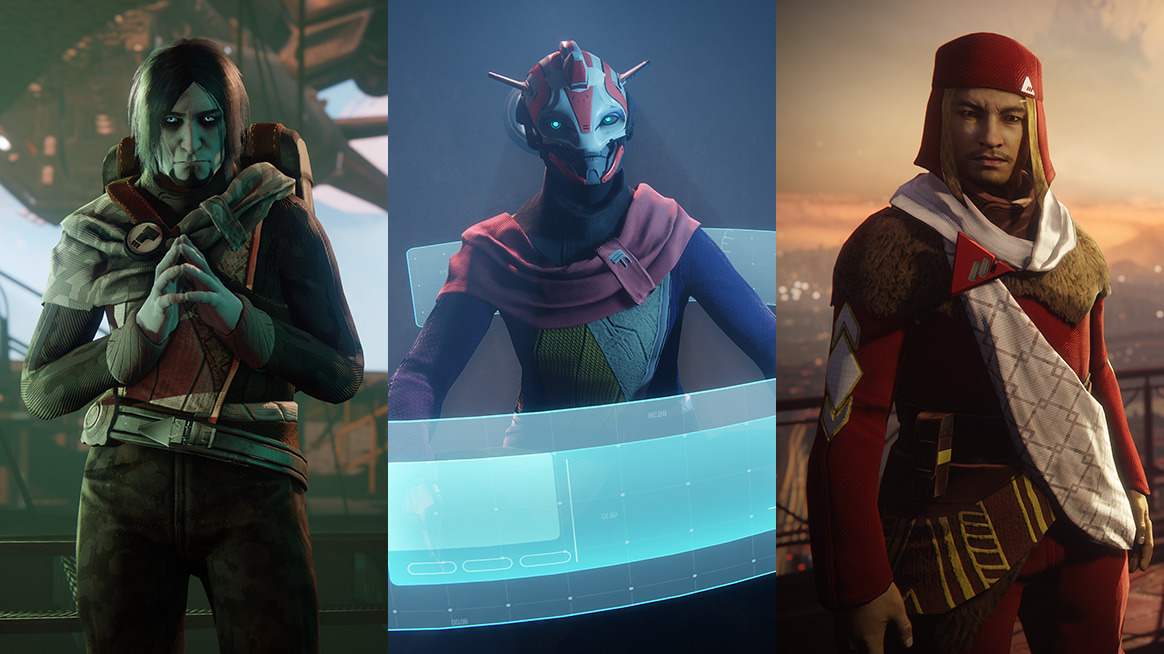 Ever since the destruction of the Tower, Destiny 2 players have been wondering how they were going to be able to show their support for factions and unlock those sweet sweet shaders. On September 26, however, the factions – New Monarchy, Dead Orbit, and Future War Cult – will return with tokens, faction packages, and powerful weapons.

Beginning on Tuesday, September 26 after the weekly reset, the three original factions, and their representatives, will return. After pledging your allegiance to one of the factions, you will be tasked to “gather supplies for [your] faction and destroy enemy resources.” This can be completed through all of the game’s activities including Lost Sectors, Public Events, Strikes, the Nightfall, or the Raid.

Once you’ve amassed some tokens you’ll be able to turn them in – similar to other reputation vendors – in exchange for engrams that include faction-specific armor sets, weapons, and of course, shaders. In addition to this, each faction has a specific “powerful weapon” that will be rewarded based on the faction that wins the rally. The winning faction will sell its weapon to those who’ve pledged to them for 1,000 glimmer, and to everyone else for 50,000. The event concludes on October 3 at 10 AM PST.

Destiny 2 is currently available on PS4 and Xbox One, and will be coming later in October to the PC. You can check out our review of the game and see what we thought about it here, or read up on what Xür is selling to be sure you don’t miss it.

Doom Eternal on Switch Will Now Be Digital-Only
Bethesda Titles On Xbox Will Be “First or Better” According to Microsoft Boss
Xbox 360 Game of the Year Nominees
New Cyberpunk 2077 Gameplay Trailer Released During Night City Wire
Yakuza Creator Reflects on Past, Present, and Future of Franchise