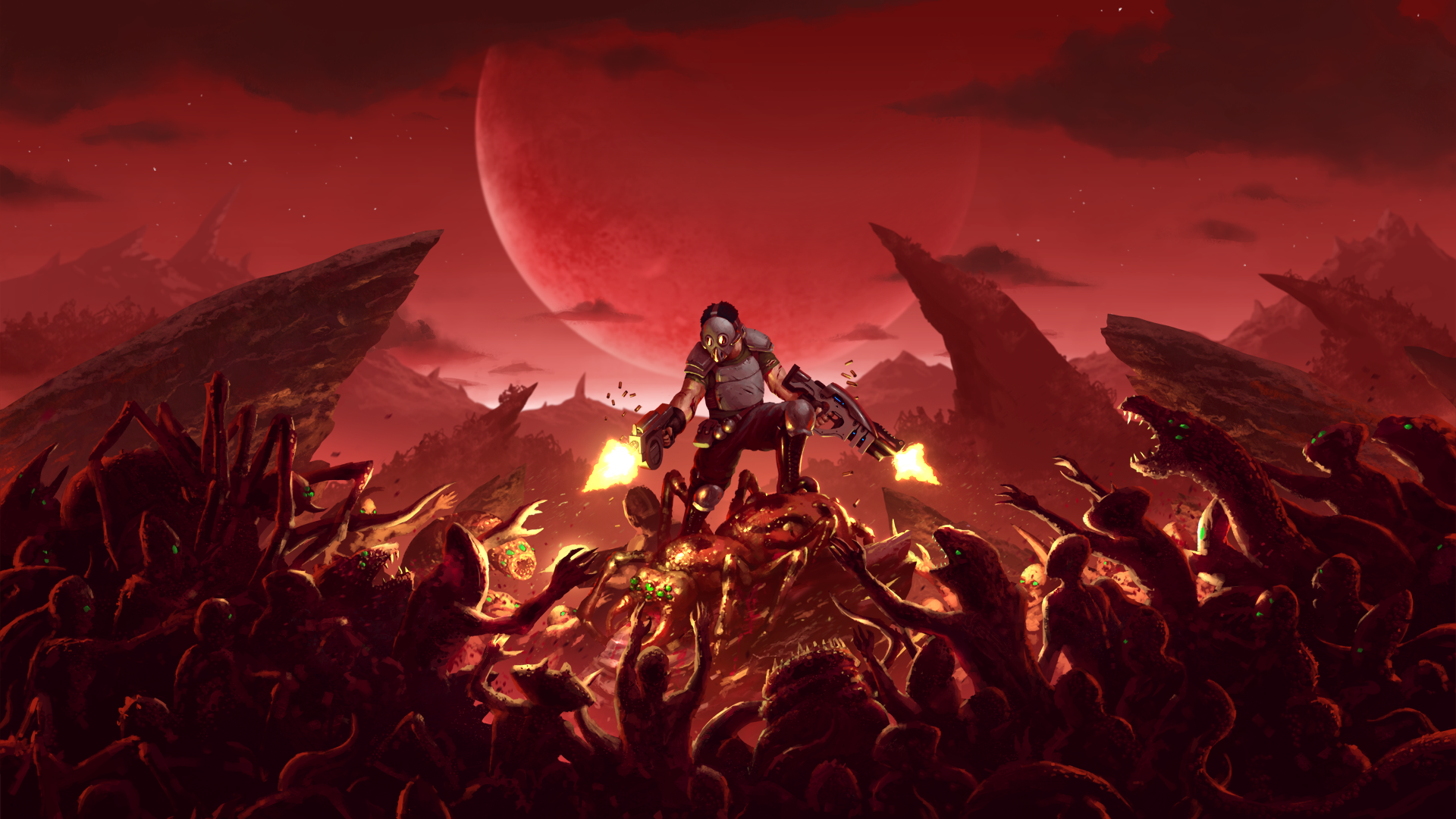 10tons Ltd. has been very supportive of the Nintendo Switch in recent months. This started with the release of Sparkle 2 on the system, but the developer has since released many other titles including Neon Chrome, JYDGE, Time Recoil, King Oddball, Spellspire, and Xenoraid on the system since late September. 10tons Ltd. revealed today that they will be adding Crimsonland to that lineup when it releases on the Switch on November 24.

Specifically, they will be releasing the 2014 remake on Nintendo’s console/handheld hybrid. Crimsonland first released on PC back in 2003, but 10tons remastered this early title of theirs back in 2014 and brought it to many modern platforms. The Switch port of the game will be similar to the newer versions of the game and will be priced at $13.99 at launch.

Crimsonland is a somewhat simplistic top-down twin-stick shooter that has the players shooting their way through a variety of enemies with different weapons and power-ups. There is a main Quest mode for players to expereince, but there are also five different Survival modes for players to test their skills in, and support up to four players in co-op.

If you want to see DualShockers’ thoughts on the game, you can check out our review of the PS4 version. Tero Alatalo, CEO of 10tons Ltd, had the following to say about bringing Crimsonland to the Switch:

“Crimsonland was originally launched in 2003 and soon became very popular. In fact, we founded 10tons on the success of Crimsonland! We remastered the game in 2014, and have been working on the remaster ever since. It’s amazing to be able to bring the best ever version of the game to Switch!”

Crimsonland is currently available on PC, Mac, Linux, PS Vita, PS3, PS4, and Xbox One, and will be launching on the Nintendo Switch November 24.