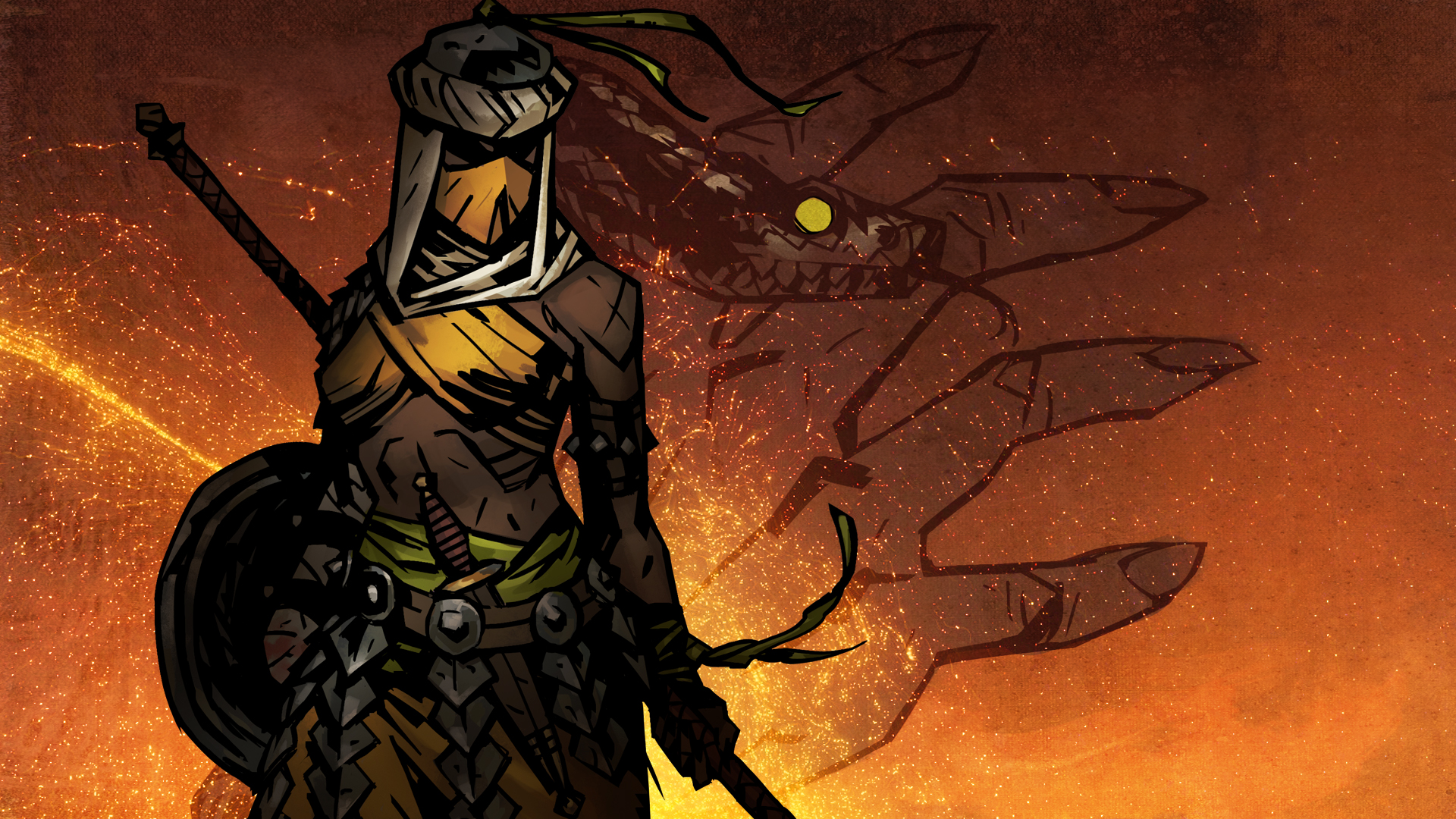 Red Hook Studios announced today that it released The Shieldbreaker DLC pack for their amazing RPG Darkest Dungeon today. The DLC’s price only clocks in at $3.99, though it is currently on PC, Mac, and Linux, though the developers are planning on bringing it to the PS4, PS Vita, and iPad versions of the game later this year.

As the DLC’s title suggests, The Sheildbreaker adds the titular hero class to the game. The Sheildbreaker comes from windswept dunes in the east, and uses new combat abilities like Armor Piercing, Guard Break, and Stealth. A Sheildbreaker specific trinket set has also been added, as have three new enemies that are tied to the hero’s origin. A new consumable item called the Aegis Scale is also included within The Sheildbreaker DLC. The Aegis Scale will the player a bit more health when they are in a really tricky situation.

Developer Red Hook Studios also revealed that they are wording with Ghost Ramp to release limited edition vinyl of Stuart Chatwood’s Darkest Dungeon Soundtrack. It will include music from both the base game and The Crimson Court DLC. The limited edition set will feature two 150 gram vinyl records, and also has gatefold jacket and custom embossing. It costs $40 USD, and Ghost Ramp plans to ship them very early in January of 2018.

You can check out some screenshots of the DLC below. Darkest Dungeon is currently available on PC, Mac, Linux, iPad, PS4, and PS Vita, though Red Hook Studios recently teased that the game is coming to Nintendo Switch.

CrossfireX Delayed to 2021 Due to COVID-Related Challenges
IO Interactive Set to Reveal Next Project on November 19
Subarashiki Kono Sekai, The World Ends With You Sequel Possibly Teased By Square Enix Through Countdown
New PS5 & PS4 Games This Week
Xbox 360 Winner – Game of the Year 2014