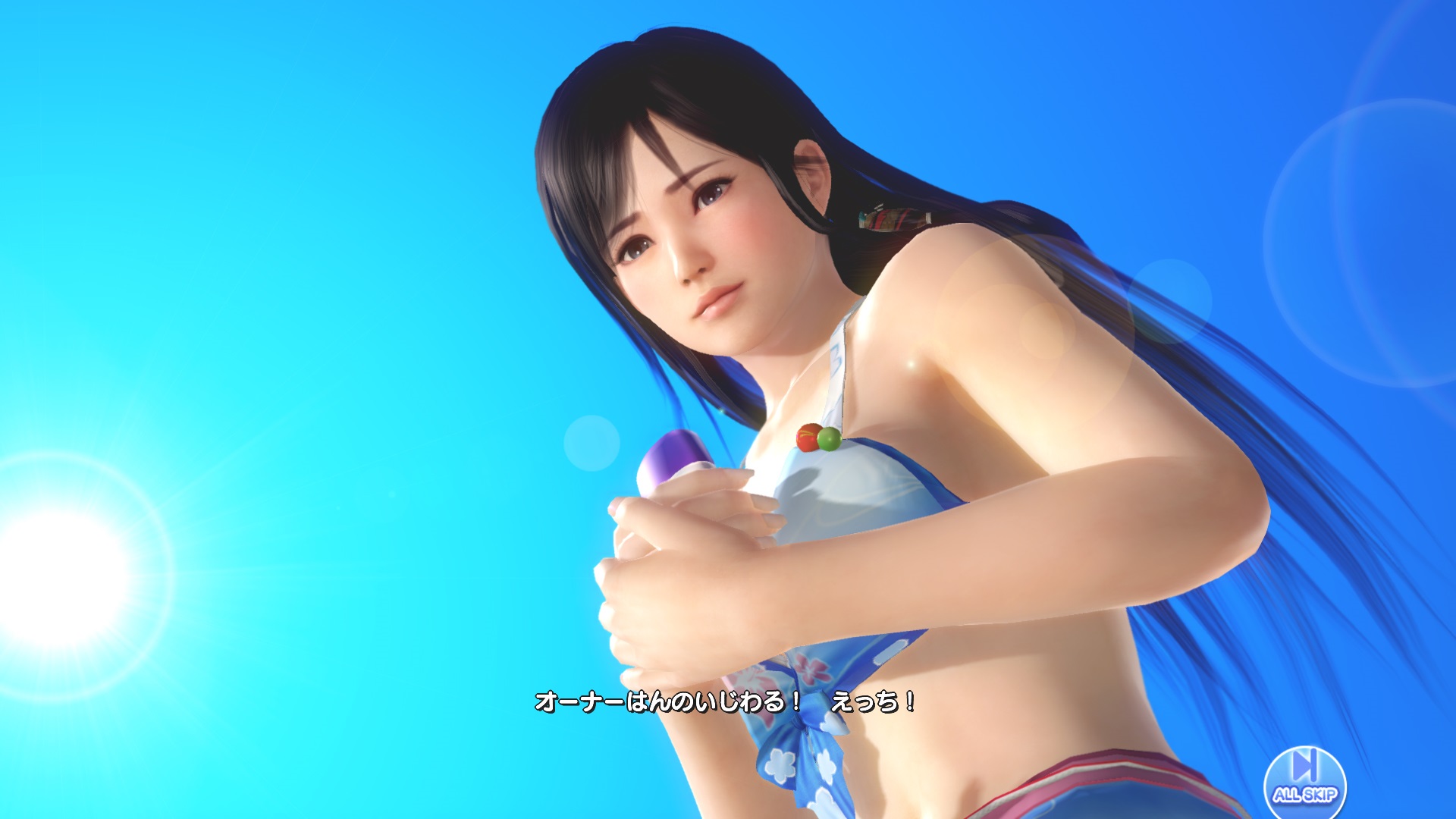 First of all, we get to see three more girls coming to the island. Kasumi, who has been fighting on her own as a ninja, receives a fortune telling indicating that she’ll find something that she’s missing on the island. Afterwards, she receives an invitation to the Venus Festival to compete in beauty and strength.

Kokoro has been practicing as a priestess, decided to take a vacation in order to heal her fatigue and being able to practice even more afterward.

Helena, as the general manager of DOATEC, has heard of a plan being set in motion on the islands, and she decided to visit and investigate under the guise of a private vacation.

We also see two bikini malfunctions in two SSR costumes for Kokoro and Helena. On top of that, the screenshots showcase the results of the minigames included in the title, which includes various rewards and a ranking up to the traditional S, which will provide further bonuses.

As you participate in activities, the degree of confidence of the girls will also raise, gradually unlocking the gravure panels, which will then be available in the memories menu. You can then enjoy those sequences, appreciating the beauty of the girls in various situations, while also taking pictures. Watching them for the first time will grant owner experience.

A couple of features that can be used while shooting pictures are a naughty wind that will lift skirts and see-through wet clothes. Shooting environments will unlock as the game progresses, including the ladies’ beds.

You can enjoy all the screenshots below. If you want to see more, you can check out the previous gallery, as well as the first.

Dead or Alive Xtreme: Venus Vacation, will be released in Japan for PC this year through the DMM Games platform.

The Next Among Us Map Will be Revealed at The Game Awards
Genshin Impact Xinyan Guide: Introduction Trailer, Elemental Skill, Elemental Burst Explained
Fallout 76 Camps Adds a Wheelchair After Hearing Disabled Player’s Plea
Xbox – December 2020 Games with Gold
Control May Be Coming to Xbox Game Pass, According to Official Tweet