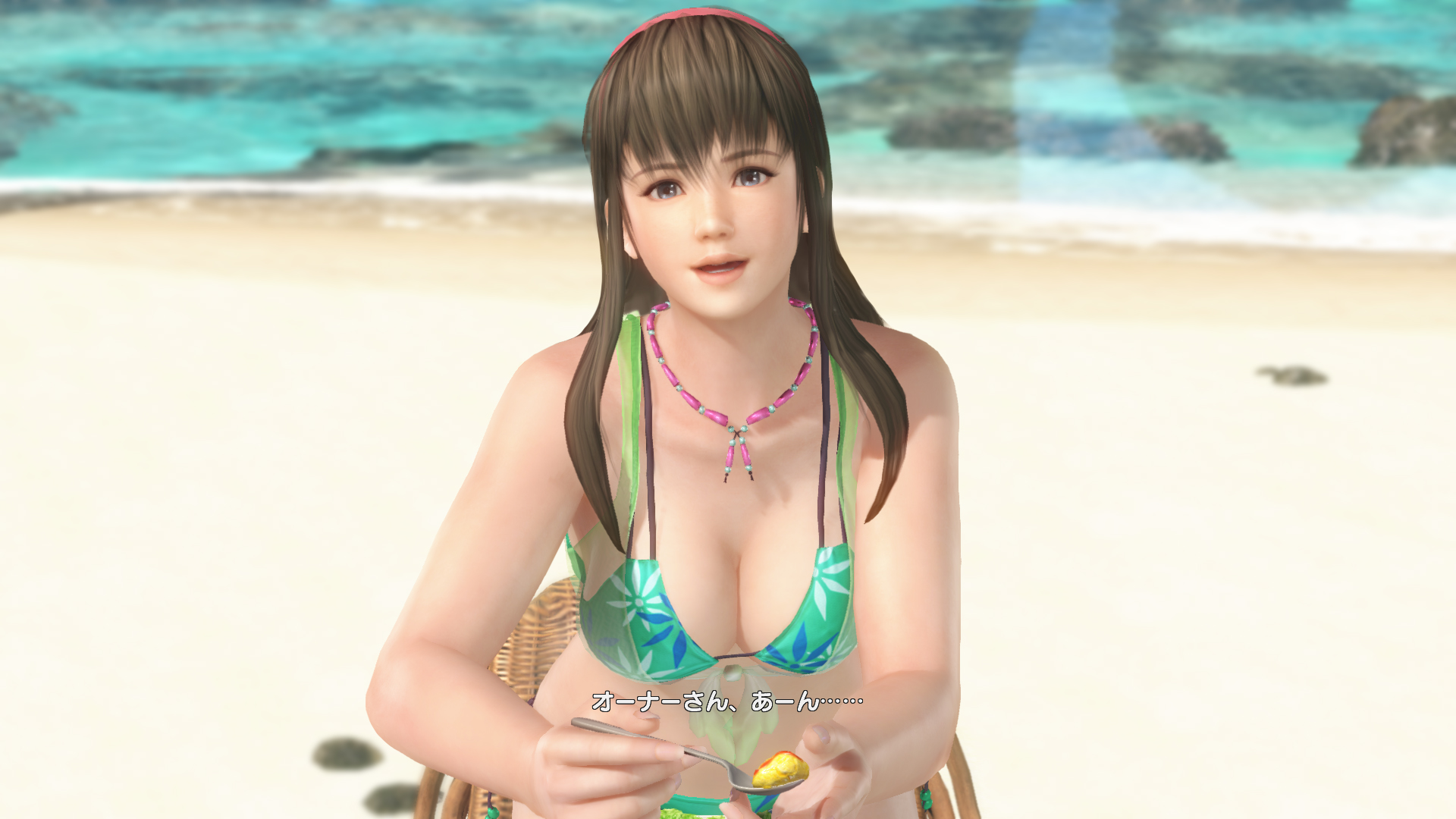 Today Koei Tecmo released a new batch of screenshots and information about Dead or Alive Xtreme: Venus Vacation, that will be released in Japan for PC this year through the DMM Games platform.

We get to see the equipment screen that will let us equip the girls with swimsuit coming with different specs and abilities, a beach volley match that also features the new character Misaki. As the match goes on, the girls’ stamina will decrease, so having high stamina is crucial in long matches. Stats like power and technique, alongside skill bonuses, will influence the outcome of attacks and defense.

The gacha system at the base of the free-to-play business model of the game will let you draw new swimsuits, and the scene you’ll see depends on the rarity and attributes. If you get a SR bikini, there will be only one scene, but SSR swimsuits will show two.

In the screenshots you can see scenes with Marie Rose, Honoka and Hitomi.

Interestingly, swimsuit “malfunctions” are also included with certain combinations of characters and swimsuits. For instance the SSR swimsuit “Minuet” for Marie Rose and the SSR bikini “Libra” for Hitomi will show malfunction scenes.

Pre-registration also begins today, offering a plethora of free items. You can find it here, but you’ll need a DMM account (in Japanese) to do it.

You can read those at the bottom of the post, and find the new screenshots below.

The Next Among Us Map Will be Revealed at The Game Awards
Fall Guys Teases Season 3 Announcement For The Game Awards
Genshin Impact: miHoYo Wants Your Feedback On Zhongli, Childe, Latest Events, Social Media
Pokemon Announces Plans to Celebrate the Franchise’s 25th Anniversary in 2021
Doom Guy Looks Like He’s Coming to Fall Guys