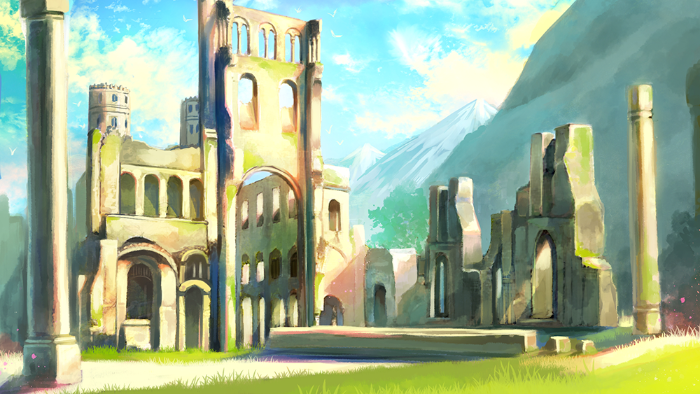 In a recent update on its Kickstarter page, Destiny Chronicles developer Visualnoveler revealed further information about its upcoming JRPG’s world. More importantly, we learned more about its past, as well as what it might mean for the game’s overall plot.

As was revealed when the world map for Destiny Chronicles was released, there are a number of mysterious areas that spot Darencia that have been left in ruin. According to the most recent update on the game’s Kickstarter page, these ruins are the remnants of an ancient civilization that once ruled over the region but came to an untimely end.

The civilization was known as the Akleim. Little is known about them since the ruins are full of monsters and dangerous magic, but a few daring scholars occasionally retrieve highly-advanced magical artifacts. The Ashen Order is one group that makes it a priority to collect these artifacts, as their immense magical power is capable of corrupting the surrounding world.

The only other piece of information known about the Akleim is that they uncovered a prophecy that foretold “dark ones” that would need to be driven from the world by destined warriors. While some people believe it were these dark ones who destroyed the ancient civilization, others believe the prophecy speaks of events that have still yet to pass.

Destiny Chronicles is currently in the midst of its Kickstarter campaign to raise about $40,000 to complete development. At this time, the crowdfunding effort has earned a little under $20,000. The campaign will end on November 3.

Destiny Chronicles is now in development for PC. It will later launch for PlayStation 4 and Nintedo Switch. You may recall that a PlayStation Vita version was originally in the works, but that has since been cancelled.

Recently, we also learned of a few new elements to the title’s gameplay, including how its combat and multiple difficulty options will operate.