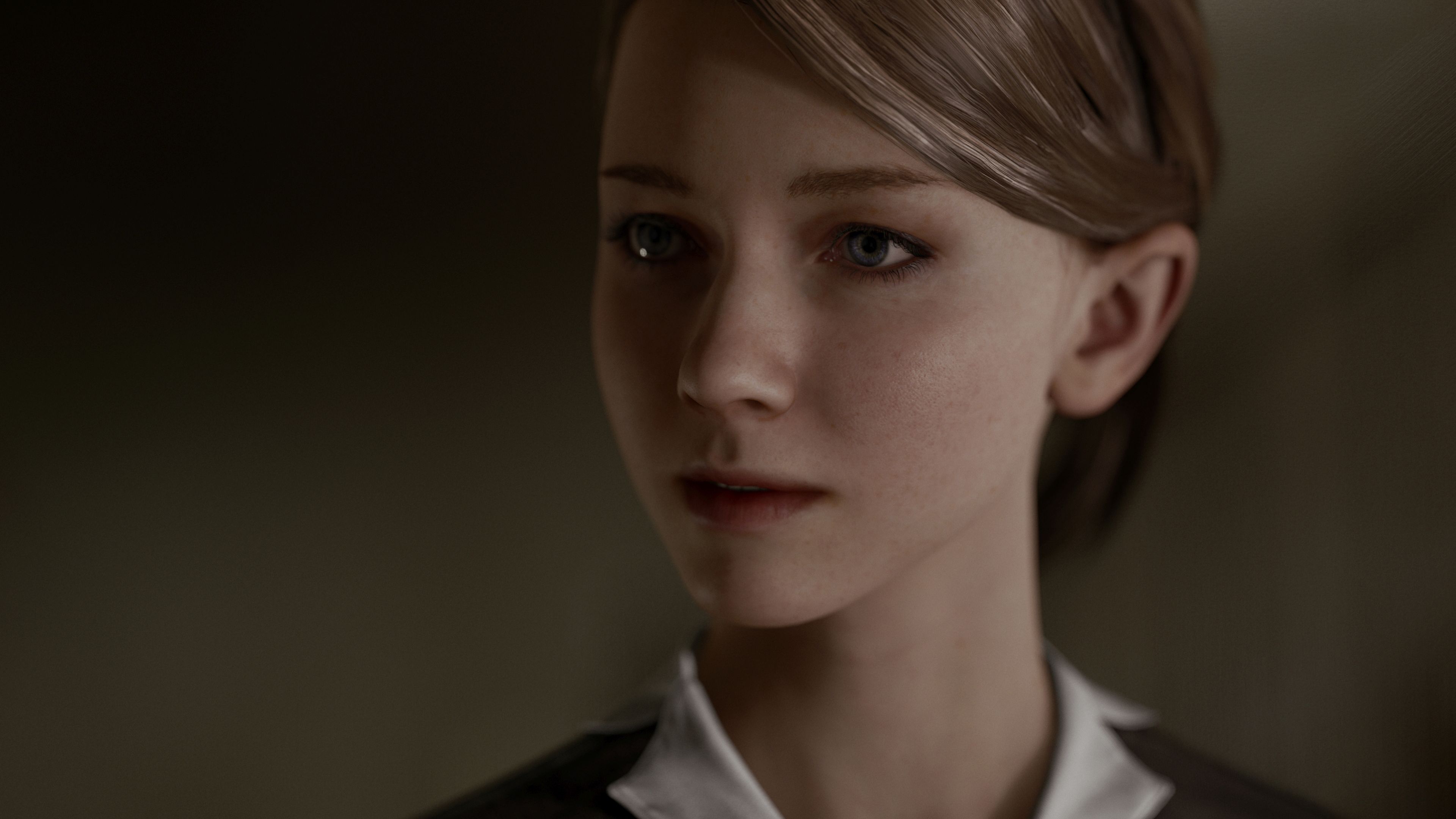 During a press event in Paris, DualShockers had the chance to check out an extended gameplay session of Detroit: Become Human by Quantic Dream.

On top of the older demo featuring the hostage crisis with Connor as the playable character, we finally see Kara in action, as she finds herself in a rather dire situation.  The episode was briefly showcased in a trailer at Sony Interactive Entertainment’s pre-Paris Games Week press conference, but behind-closed-doors we experienced the whole thing, twice.

The game ran on PS4 Pro at 4K resolution with HDR support, but Executive Producer Guillaume de Fondaumière promised that it will look “very nice” running on standard PS4s as well.

In this new episode, Kara has been purchased by Todd, a drug-addicted father who has been dumped by his wife. Having lost his job “because of androids,” he lives with his daughter Alice in a rather shoddy house in the suburbs of Detroit. While we don’t see that, the narration hints to the fact that Kara has already been damaged by Todd, and her memories have been reset. Fondaumière confirmed that at this point of the game we are well acquainted with her, having played her role before.

At the beginning of the demo, we’re prompted to serve dinner for Todd and Alice, and there is already a certain freedom on how to approach it: some choices are subtle, like turning the lights on or leaving them off, while others are deeper, like deciding to stand there like a nice and polite android listening to the man as he rants and raves, or go about our business instead.

Soon Todd starts losing control and hits Alice, who runs upstairs to her room in tears. The abusive father forbids Kara to move, threatening her with physical harm if she dares disobey. The player can indeed decide to be a nice obedient android and heed Todd’s warning, just watching as the tragedy unfolds like Kara’s given role would dictate.

“You’re prompted with the task of mashing the buttons on the DualShock 4 to represent Kara’s rebellion.”

Yet, if you decide to move, you’re breaking Kara’s protocol or her “mind palace.” This is actually represented as a visual wall in front of her, and you’re prompted with the task of mashing the buttons on the DualShock 4 to represent Kara’s rebellion, as she makes a conscious effort to break away from her programming.

Once Kara acquires the ability to think on her own, she can try to reason with Todd or directly run upstairs to protect Alice. There are several ways she can go about this, and the player can decide to take a detour to equip her with a gun, or plan the android’s desperate stand in a different way.

The scene has many different ramifications and outcomes depending on the player’s choices (and the two playthroughs we experienced unfolded in very different ways). If things get physical, quicktime events are involved — but this should not surprise veterans of Quantic Dream games. Kara can definitely die as a result of the encounter with Todd, as can all the other protagonists. Were she to meet an untimely demise, the story would simply go on without her, even if we haven’t seen how just yet.

The first thing that comes to mind while experiencing this scene is that Quantic Dream definitely shows courage in tackling extremely unpleasant themes. This isn’t even done with tact or with a soft approach, but instead, the narrative hits the player right in the face like a hammer.

“By witnessing the dirtiest aspects of the life of humans, Kara is faced with questions about her own existence and role.”

While a superficial examination could lead to believe that the abject display of violence and barbarism is used simply to shock and awe (or to sell copies of the game, as some nincompoops argued), its true meaning is much deeper and much more significant to this specific game. By witnessing the dirtiest aspects of the life of humans, Kara is faced with questions about her own existence and role, and those questions enrich and empower the story.

This sparks further questions about Kara’s place in the story. We have seen that Connor is a servant of the establishment, hunting down deviants among his own kind. Markus is a leader among those rebelling against human society. Where does Kara fit in this equation? Could she represent a connection between the two, or a further motivation for conflict? Unfortunately, this question will remain unanswered for the moment.

Of course, an enthralling narrative isn’t the only factor in Quantic Dream games, and this is no exception: the visuals are also spectacular, with a level of attention to detail that borders on crazy. This isn’t just a matter of graphical horsepower, mind you. There are subtle elements of world-building scattered all over the place. They’re not even limited to the gorgeous environments, but they extend to the android themselves.

We can see the depth of Quantic Dream’s new setting in the way their storage drive indicators blink and rotate with different colors depending on the situation, or how their synthetic skin is so sensitive to pressure impact that it immediately loses its pigment when hit, only to auto-repair itself after a while.

“The performance of the actors involved is definitely top notch.”

The performance of the actors involved is definitely top notch. Especially Kara is fantastic: her expressions are muted by her very nature as an android, but she still capable to display emotions (especially after breaking her mental palace) in a way that does not feel excessively close to humans but remains relatable. This certainly echoes the original tech demo that gave her birth.

Ultimately, this is a Quantic Dream game, and we won’t be able to gauge its full value until we have the finished package in our hands. Yet, one thing is for sure: there is plenty of potential here that could make the long wait definitely worth it.

Detroit: Become Human will release in spring 2018 exclusively for PS4.