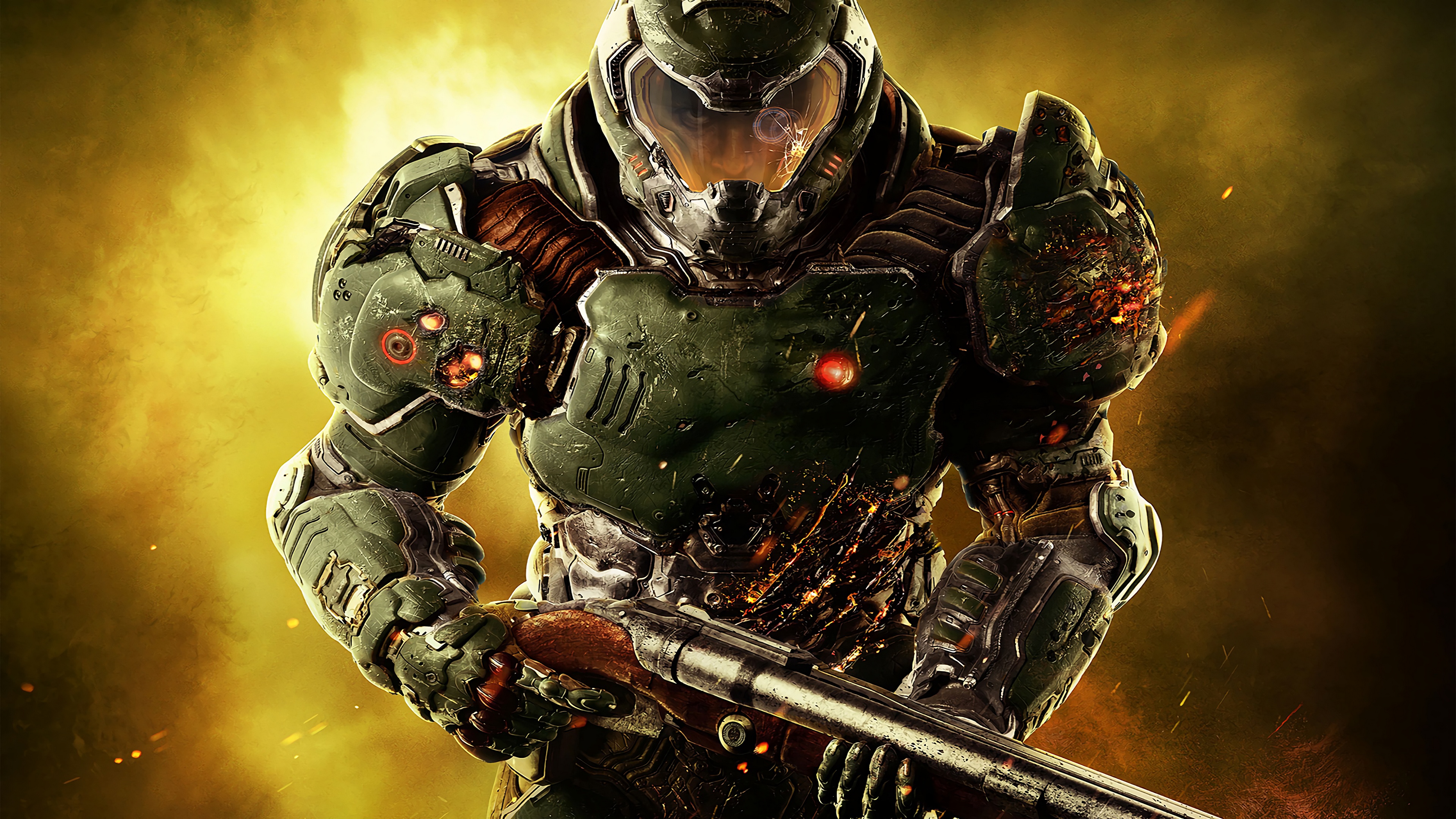 When it first released, the 2016 iteration of DOOM not only was able to breathe new life into a franchise that had been dormant for quite some time, but brought it back into the modern era with a roar. DOOM provided new-school shooter fans with a fast-paced title that burst onto the screen with searing visuals that looked like a heavy metal album come to life, while old-school shooter fans yearning for the days of the original DOOM were given a loving homage to one of the genre’s masterpieces.

As one of the surprise announcements from last week’s Nintendo Direct, Bethesda is bringing its acclaimed (and long-in-development) reboot of DOOM to the Nintendo Switch later this year. While Bethesda’s support of the Switch has already been strong thanks to the upcoming release of The Elder Scrolls V: Skyrim on the system in November, DOOM (and the other announced title, Wolfenstein II: The New Colossus) came as more surprising inclusions to the system as two of the company’s more recent (and technically-demanding) titles.

“DOOM…will make for a striking contrast to the more stylized titles that have graced [the Nintendo Switch] since it debuted earlier this year.”

Naturally, one of the biggest questions coming from the game’s announcement was whether the Switch actually has the guts to run a game as graphically-demanding as DOOM. While the Switch has been capable of providing sweeping vistas in The Legend of Zelda: Breath of the Wild and colorful, cartoony battles in Mario + Rabbids: Kingdom Battle, DOOM is something else entirely when it comes to putting the portable/console hybrid through its paces: luckily, we had the chance to do just that.

During a preview event with Bethesda Softworks in New York City, DualShockers had the opportunity to play DOOM on the Nintendo Switch during the campaign’s beginning sections. With one of the biggest questions that I had going into the event being “What would DOOM look like on the Switch?”, I had the chance to answer that question and came away (mostly) pleased by what I saw: with a few caveats.

One big note to take from our preview of DOOM on the Nintendo Switch was that we played the title exclusively in the system’s handheld/tabletop configurations (with both the Joy-Con and Pro controllers), so we didn’t have the opportunity at the event to try the game out on a large-scale TV/screen. That said, you can rest assured that DOOM on the Nintendo Switch works, and will make for a striking contrast to the more stylized titles that have graced the system since it debuted earlier this year.

“While the Switch has been capable of providing sweeping vistas in The Legend of Zelda: Breath of the Wild and colorful, cartoony battles in Mario + Rabbids: Kingdom Battle, DOOM is something else entirely when it comes to putting the portable/console hybrid through its paces.”

First things first — DOOM on the Nintendo Switch is (more or less) the DOOM that console and PC players got last year. The game’s entire single-player campaign and post-release DLC/add-ons are included, and multiplayer is also set to be included as an additional download outside of the game cartridge at launch. The major departure of the Switch version from the other versions of the game will be that SnapMap — the game’s level creator and editor for users to share with others — will not be included as part of the Switch edition.

As a title that pushed the capabilities of both the PS4 and Xbox One last year (and quickly became a benchmark-quality title on PC), translating a game that pushed many graphics cards to their limits onto Nintendo’s system surely must have been a challenge. From our time with the Switch version of DOOM, it’s definitely clear that some compromises had to be made to bring the game to the system, with the most glaring technical difference being that DOOM runs at 30fps on the Nintendo Switch.

Compared to the incredibly smooth 60fps of the console editions, it’s understandable that the system (likely) couldn’t reach that level of performance while keeping the game anywhere near the fidelity of its console counterparts. The game itself ran at a consistent framerate during my time with the demo we had on-hand, but after having played the original release on PS4 at a crisp 60fps that (almost) never let up, the drop to 30fps will definitely be noticeable for those that might be double-dipping on the Switch.

“The drop to 30fps will definitely be noticeable for those that might be double-dipping on the Switch.”

Despite some of those setbacks technically, DOOM on the Nintendo Switch comes pretty damn close to capturing what made the game such a visual spectacle on consoles and PC. Though the texture quality is noticeably lower than the sharpness of other versions of the game (from what I saw, mostly on environments), the Switch version does manage to capture many of the subtler qualities that made the game so visually impressive.

Specifically, the depth-of-field effects between focusing on your character’s weapons or on an enemy that’s getting up close to you remain (largely) intract, while many of the creature and character designs (like the jetpack-toating Revenant) are as nightmarish as ever. And don’t worry, even though it might be “on a Nintendo system,” the game’s signature Glory Kills are here for your twisted enjoyment too, in all their bloody glory.

On the gameplay front, those that played the title last year won’t have too much to find issue with as the core mechanics of DOOM remain intact: run into open rooms/corridors and shoot/punch demons in the face as quickly (and efficiently) as possible, rinse and repeat.

As mentioned previously, I flipped between the Switch’s handheld and tabletop configurations, and found that those with a Pro Controller (like myself) might be best-served to experience the game in that way. While the Joy-Con controllers are serviceable and work fine, I found myself preferring the more responsive sticks of the Pro Controller given the game’s twitchy, fast-paced gameplay: the stiffer, shorter sticks of the Joy-Con controllers didn’t feel quite as ready for the task of a shooter like DOOM.

“DOOM on the Nintendo Switch comes pretty damn close to capturing what made the game such a visual spectacle on consoles and PC.”

Having reviewed the title last year (and loved it), the idea of shrinking down the bloodshed and spectacle of DOOM to the Nintendo Switch was one that I approached both ecstatically and with some caution. DOOM was a title that became one of the highlights of last year for myself (and many others) thanks to its incredible visuals and balls-to-the-wall gameplay that never let up.

From what we played of DOOM on the Nintendo Switch, it’s obviously not quite ready (graphically) to take on what consoles and PC players have had for over a year now. However, the idea of having DOOM on-the-go is definitely an exciting one, and (hopefully) that opens the door for other AAA experiences like it to come to the system. The Switch was noticeably lagging in the demon-killing department, and DOOM is definitely going to fix that.