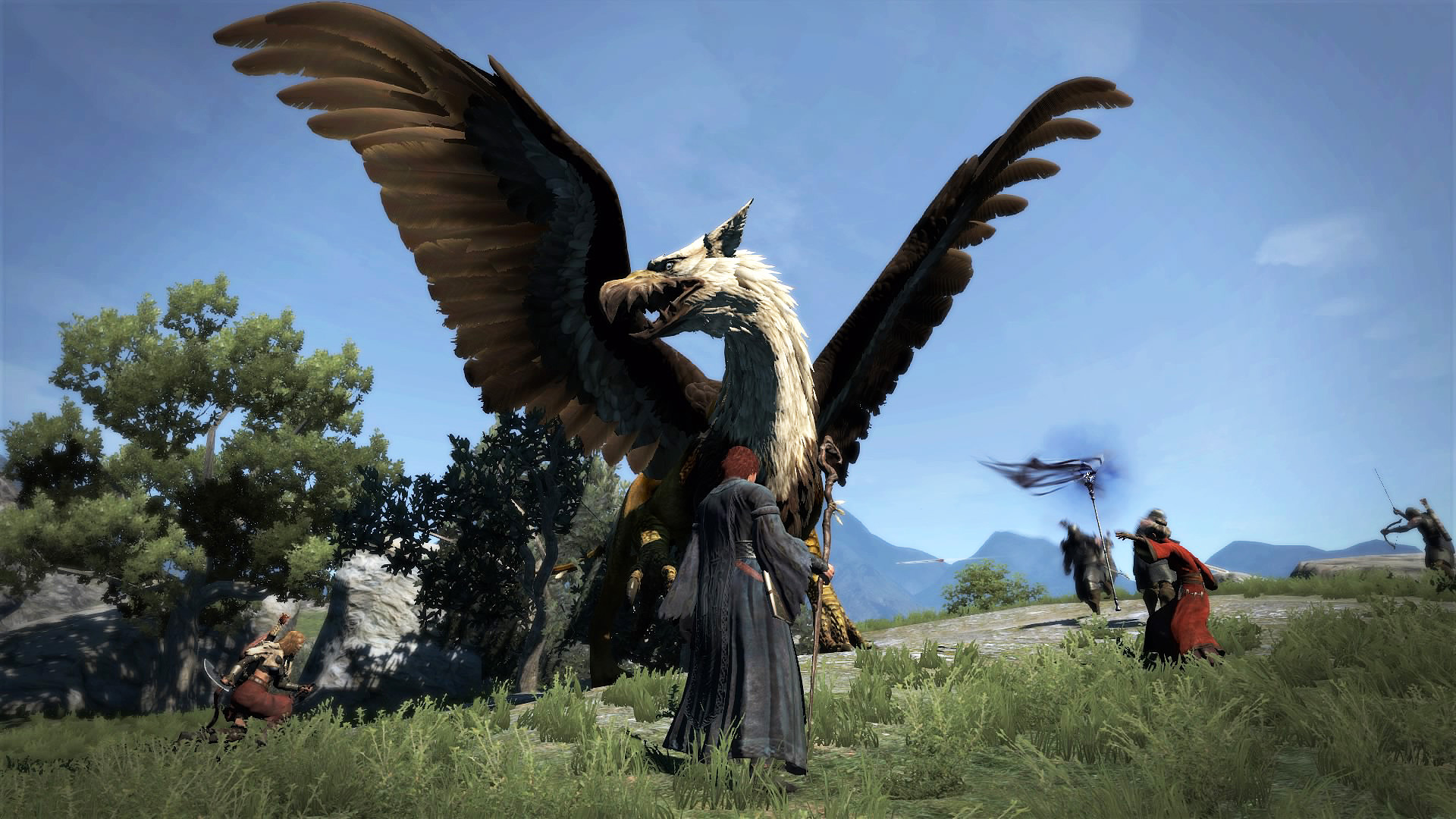 I’ve tried to play Dragon’s Dogma: Dark Arisen twice since its initial launch on PS3 and Xbox 360 back in 2012. My first experience was with the PlayStation 3 version and, needless to say, everything that was great about the game was held back by its incredibly choppy and unpredictable frame-rate. My second experience with the game was with the PC version of Dragon’s Dogma: Dark Arisen. Unfortunately, I had issues actually getting the game to launch on my old rig; sometimes I would figure it out only to have it not work another time. It got frustrating enough where I ended up just returning the game on Steam.

I consider myself a forgiving gamer and I had heard a lot of good things about Dragon’s Dogma: Dark Arisen so I was willing to give it one more chance when I heard it was coming to PS4 and Xbox One. Unfortunately, Dragon’s Dogma: Dark Arisen is just a chore to play far too often. It has a lot of great ideas that could definitely be fleshed out in a sequel but, as it stands, there’s really no reason to go back and play this game, especially on PS4 or Xbox One.

To start, I was bewildered to find that the game only runs at 30 frames-per-second on PS4 and Xbox One. This is the exact same frame-rate the game went for on last generation’s consoles, although it is noticeably more stable on the new hardware. Dragon’s Dogma is also not a great looking game even by 2012 standards, and it’s crazy to me that Capcom did not push for the same frame-rate as the PC version of the game. Ultimately, the PS4 version ends up feeling like a more expensive, worse version of the game.

That aside, Dragon’s Dogma: Dark Arisen puts you in the role of the Arisen, a hero you create who gets their heart stolen by a dragon. This dragon represents the coming end of the world and it’s up to you to retrieve your heart and kill anything and everything that would put the land in peril. The story isn’t too attention grabbing but there’s enough variation in side quests and mainline quests that keep things relatively fresh.

The thing I like most about Dragon’s Dogma is how much it feels like a messy blend of the Souls series and Monster Hunter. Point being, there’ll be a slew of gigantic beasts for you to fight in the game. All of these bosses have weak points that you can attack through certain weapons or mechanics. For instance, if a giant is wearing a helmet, you can climb up its back to knock the helmet off and deal critical damage.

These fights are a lot of chaotic fun — the only downside is that even after a few hours of play, I started seeing the same giant enemies repeated (in some cases more than twice). This also carries over into normal enemies, although once you get towards the end-game some of the enemies can be very fun and challenging to go up against. Fighting dragons in particular can be super exhilarating and the mechanics of the game really shine during these fights.

Speaking of which, Dragon’s Dogma: Dark Arisen‘s combat mechanics are not too tough to master. You have a basic attack and a heavy attack, with some special moves that can be hot-keyed to specific buttons. There are also a slew of vocations that you can choose and change at your leisure.

I personally found the vocations that used bows to be the most fun; while I felt weak at first, once I upgraded my equipment the role became more satisfying. You also get a group of companions called pawns who you can command by using the D-pad. And while that system may sound interesting, what your commands actually do can be unclear. “Help,” “come,” and “go,” all makeup the separate commands you can issue to your pawns but the AI never seems to work as you’d expect it to and I didn’t really ever understand what “go” meant for them to do.

The pawn system is something unique to the world of Dragon’s Dogma: Dark Arisen. Every player gets to create one pawn and upload it online if they wish; from there you can mix and match various pawns in your party and even give them a rating. Your pawn will ask you about your preferred battle strategy but I found it baffling that you couldn’t change this on the fly, it can only be done at certain times. You can also change your pawn’s vocation as well so they can develop alongside your character. Dragon’s Dogma is a difficult game so if you plan on having three pawns in your party, stock up on items because they’ll burn through them very quickly. That is, unless you want to run up to them every time they die so that you can just revive your pawns instead of healing them.

There’s a strange fast travel system in Dragon’s Dogma: Dark Arisen that can occasionally make the game feel like a chore to play. You only have a few locations you can fast travel to and running to various locations can be long and strenuous. Typically the paths to places will be filled with enemies but that’s generally it, unlike other open-world RPG’s there aren’t many locations that’ll take you off the beaten path. Another incredibly annoying thing about traveling is your stamina bar. It runs out incredibly fast, making it so you have to move at a laughably slow pace while you wait for it to refill, and it does not refill fast. Ultimately traveling feels like a chore and the slowness of it all really discouraged me from wanting to explore more of the game’s world.

Also, for some reason there are two separate menus for your equipment and your items. While this isn’t necessarily a big deal, it’s strange that the developers never decided to include one menu that can solve all of your RPG wants and needs. It feels too complicated for the sake of being complicated. In fact, Dragon’sDogma: Dark Arisen is one of the only RPG’s I can think of off the top of my head that makes you do this, it’s just strange.

With all of the excellent titles coming out in 2017, it’s hard for me to recommend you go back and play Dragon’s Dogma: Dark Arisen. The game had a lot of interesting ideas and mechanics back in 2012 but overall hasn’t transitioned well into 2017. All in all if you really want to go back and play the game, I’d suggest doing so on PC — unfortunately the PS4 port come across as dated. I think Dragon’s Dogma: Dark Arisen is long overdue for a sequel — like I said before it feels like the love child of Dark Souls and Monster Hunter and that’s most certainly not a bad thing, I hope that Capcom continues to improve upon the series in the future.

I hate to sound like I didn’t enjoy my time with the game. There’s a lot to love about Dark Arisen, but it’s hard for me to ignore some of its more glaring issues. If you’re an action RPG fan who has been looking to sink their teeth into a meaty game before the end of the year, Dragon’s Dogma: Dark Arisen is definitely worth checking out.

The Division 2 – PC 4K Max vs. Xbox One vs. Xbox One X Graphics Comparison
Skyrim Fan Gets an “Arrow in the Knee” Tattoo on Leg, Paying Homage to the Iconic Meme
TLOU2 Player Takes No Damage, Destroys Stalkers Using Only Fists
Windbound Update Adds More Free DLC This Month
Hero Missions – Everything We Know About This New Overwatch 2 Mode