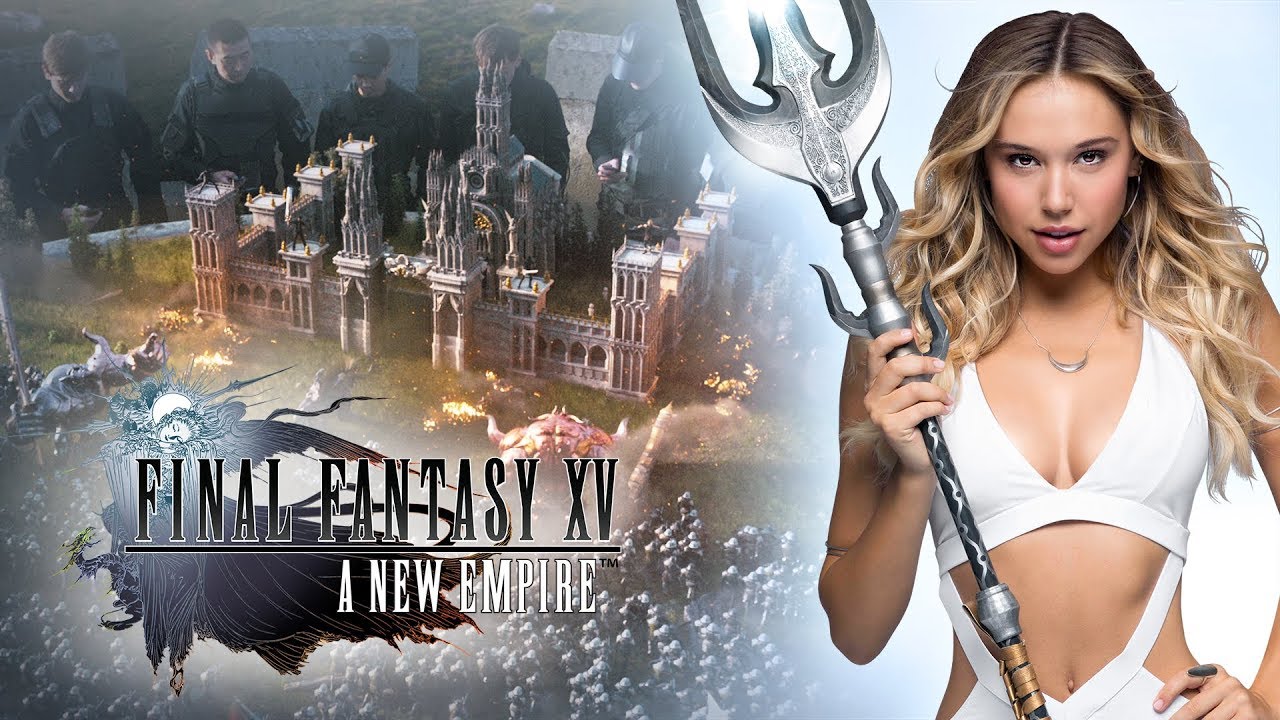 The game has passed 20,000,000 downloads worldwide, and Leydon mentions that while it’s popular in Japan, North America is also a big market for the title.

The interview also included a few interesting snippets of information on the game’s future. Apparently the ability to play characters other than Noctis, and Astral summoning will be implemented soon.

The game is pretty much a different animal from Final Fantasy XV, basically sharing only setting, music and characters (but with a rather large discrepancy in character design). Machine game has also handled promotion in a completely separate fashion from Square Enix, making headlines for its ads featuring internet celebrity Alexis Ren (whom you can see above).

Interestingly, Leydon also talks a bit about her involvement, explaining that she is a very talented lady, and her Instagram and Twitter accounts are tremendously popular in Japan. When fans came to the airport to welcome her, he felt that the choice was a correct one. Leydon mentions that her social media popularity was one of the reasons why she was selected, as he believes that the promotional value of an extremely popular Instagram talent is easily comparable to that of traditional celebrities.

Final Fantasy XV: A New Empire is currently available on iOS and Android.

Assassin’s Creed Valhalla Season Pass Will Feature Ireland, Paris, and Beowulf in New Story Expansions
Watch Dogs: Legion Interview — Lead Producer on What Makes This Massively Interactive Open World Tick
AOC Is Gearing Up To Stream Among Us on Twitch and Get Out the Vote
Atelier Ryza 2 Introduces New Battle Mechanics, Sub Characters Zephine, Dennis, Romy and Cassandra
One Second From Every Game That Defined PS4