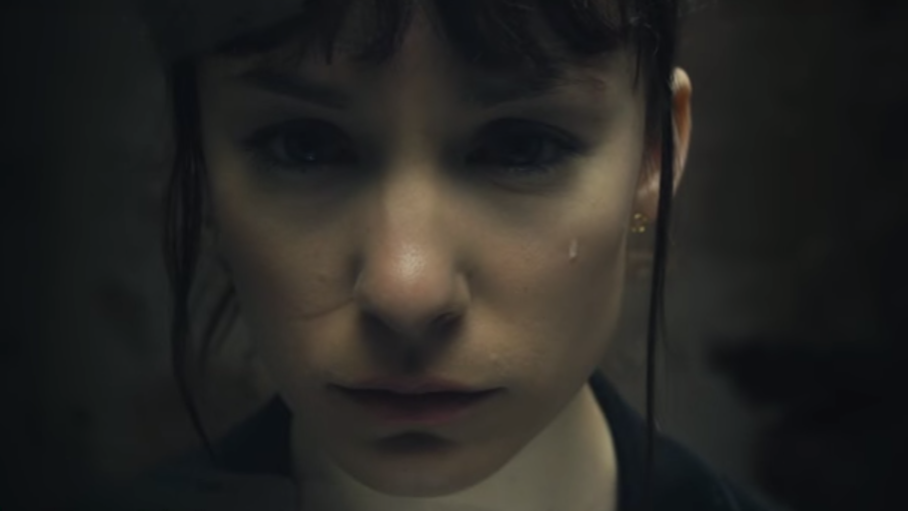 During today’s Paris Games Week Press Conference, we got a glimpse at the future of PlayStation, including the reveal of a new, immersive adventure title for PlayStation 4 called Erica, which will utilize the mobile PlayLink system.

Erica is a FMV title by developer FlavourWorks that tells the story of a young woman with a dark past that has recently returned to haunt her. It seems that a part of that past is associated with a murder, and Erica may have that killer’s identity locked away within her memories. It becomes a challenge of discovering who to trust and how to proceed with each choice offered becoming ever-more shrouded in mystery.

Erica has been designed to feel like a cinematic experience, but it also encourages players to constantly interact with it, making for an experience players will enjoy playing together to discuss every next move. Creative Director Jack Attridge recently sat down for an interview about the game, echoing these sentiments and discussing what makes Erica so special.

“It really works as like a backseat gaming experience, which is something that has always been an interesting subject to me. Whether you’re playing Erica or you’re watching it almost passively in a sort of social situation, it generally feels like watching a Hollywood film, the same pace and the same production value and that sort of flow that you’re familiar with after 100 years of filmmaking.”

For the full interview about the game itself as well as the future of this style of game, you should definitely watch the video provided below.

There is currently no release date for Erica, but you can find the full reveal trailer for the game in the video provided below.