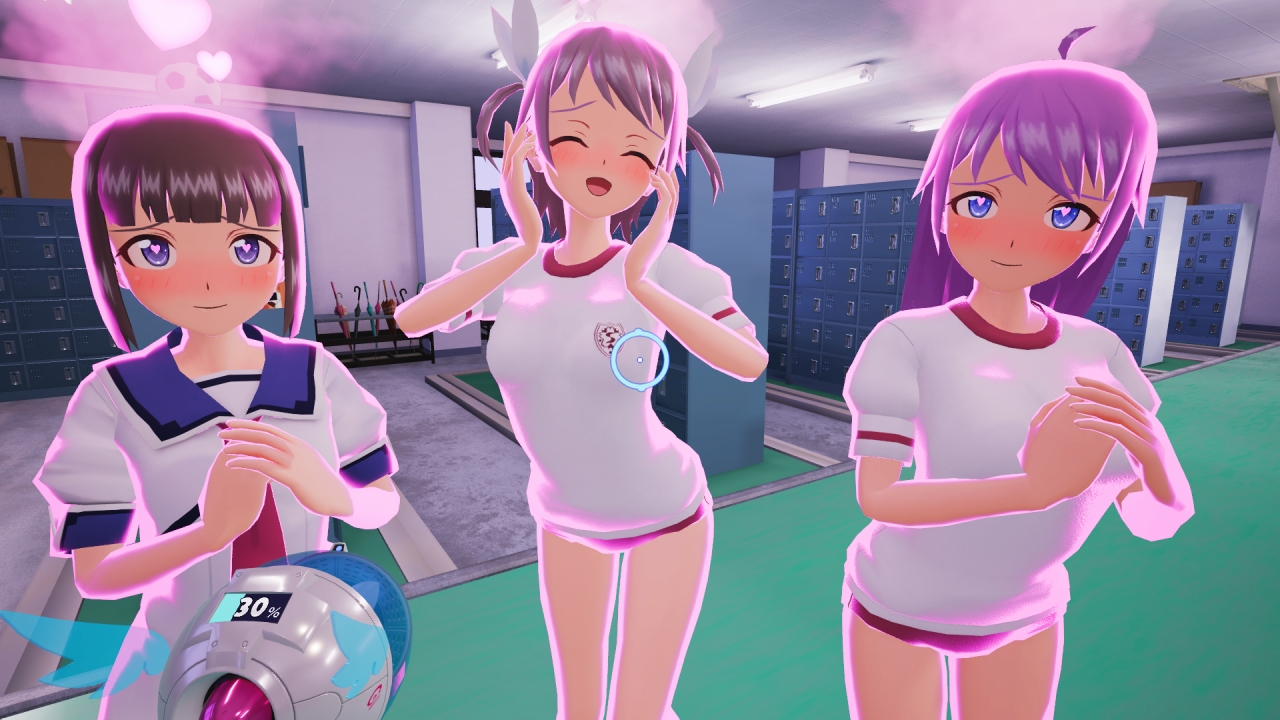 The title will launch in the archipelago of the rising sun on Thursday, March 15th, 2018 for PS4 and Nintendo Switch. It will come in a standard edition for 6,980 yen and a limited edition for 9,980 yen. The limited edition including a drama CD and a mini-artbook.

The essence of the game is pretty simple. The protagonist has magically become the focus of the attention of all the girls he meets, and the only way to fend them off is hitting them with a pheromone shot” shot by a dedicated pistol. The new game also comes with the Demon Sweeper from Gal Gun VR, allowing you to vacuum up some adorable chibi-demons once you have shot them off the body of the girls they are possessing. If you keep going, it will go in “hyper-suction mode” and vacuum the girls’ clothes, leaving them in underwear.

To celebrate the announcement, the studio released plenty of screenshots of the game and a trailer which has more panty shots that you can count (or maybe someone will pick up the gauntlet of challenge and actually count them).

You can check all the screenshots and the trailer below. If you want to see more, you can enjoy some PS4 gameplay played and filmed by yours truly at Tokyo Game Show, and the original announcement with more screenshots.