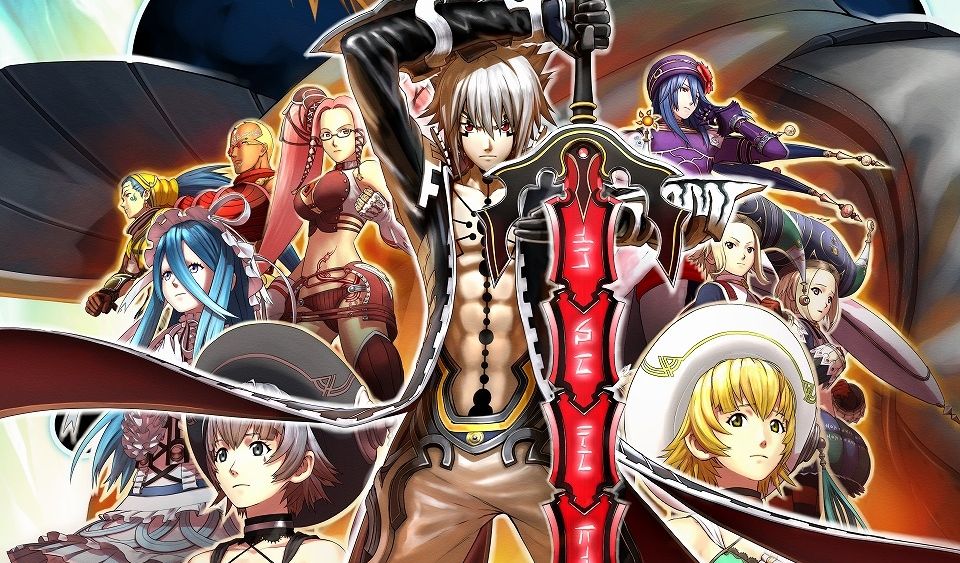 The .hack//G.U. series has always held a special place in my heart as an underrated series that was not only ahead of its time, but also came out when the video game market might have not be the kindest to JRPGs. Furthermore, the series was releasing in the west months apart from each iteration and gamers just couldn’t seem to keep up with the trilogy. That’s why I was so excited to hear that Bandai Namco would be remastering the series for a new generation of gamers and possibly the older generation that just simply skipped it and then couldn’t afford those high eBay listings.

With the release of .hack//G.U. Last Recode comes a new entry in the series: Vol. 4 Reconnect, a continuation of events that occur one year and three months after the ending of Redemption. For those who have played through the series, this will be a much needed dose of closure. However, this entry might rely too heavily on nostalgia, which worked for me, but might feel dated to others who didn’t feel as connected to the series as I did.

This will have story spoilers from the original .Hack//G.U. trilogy, please only read if you have already completed .hack//G.U. Vol. 3 Redemption.

“Having Haseo return to The World after an extended hiatus works out well for .hack//G.U. Last Recode Vol. 4 Reconnect.“

Having Haseo return to The World after an extended hiatus works out well for .hack//G.U. Last Recode Vol. 4 Reconnect. This is because it allows both him and the player to rediscover systems together along with reacquainting themselves with familiar characters. However, this reunion isn’t on the greatest of terms since Haseo admits that he has only logged in to take care of some unfinished business business: freeing Ovan from his icy tomb.

What’s supposed to be an easy mission for Haseo, quickly turns into a much larger adventure when he fails to free Ovan and decides that he must access a greater power if he’s going to complete this personal quest. Upon returning to The World, Haseo is greeted by those who he has met throughout his adventures, including Shino, who has been spending most of her days tending to a comatose Ovan.

.hack//G.U. Last Recode Vol. 4 wastes no time in setting up the premise of Haseo’s latest adventure when a new character, Kusabira, asks for Haseo’s help in return for information about Ovan. From here it’s more of the same good ol’ .hack//G.U. dungeon crawling gameplay and I couldn’t have asked for anything more. This means that the battles will play out similarly to what player’s remember, but some actions like shooting and running through the dungeons do feel noticeably faster in this version of the game.

Players will begin the journey at level 135 with access to a small handful of characters from the series to form a party with, which makes the first few dungeons not particularly difficult. Additionally, dying in battle won’t automatically send you to the main menu with the game’s new handy retry feature that throws you right back into battle. Throughout the game’s campaign, old characters will join your party and will share a quick scene with Haseo to explain what they’ve been up too the entire time he has been away.

Some might be turned off by the fact that .hack//G.U. Last Recode Vol. 4 reuses old dungeons that are found in the previous entries of the series, but I feel like that’s what makes this such a true sequel. It’s explained how The World hasn’t been receiving new updates and will close soon, so it’s only natural for this MMORPG virtual reality game to look the same.

Withthat said, the cinematic scenes of Vol. 4 Reconnect are brilliantly choreographed and full of the action and drama that fans will be used to. Haseo proves that he is the same bad ass protagonist that he’s always been, only a little more mature and less egotistical.

It is possible to just jump right into .hack//G.U. Last Recode Vol. 4 Reconnect without playing through the entire trilogy again. Mainly because this Volume doesn’t transfer data, store keywords, or give you access to email, news, or any of the other Menu features. The reasons for this is justified with the amount of glitches that The World servers are suffering, but I would have enjoyed the game a little more if I could read some .hack lore throughout this new adventure.

You see, it wasn’t until after I played .hack//G.U. Last Recode Vol. 4 Reconnect that I realized the series needed this all along. Not only does it tie up loose ends, but it also gave me a much needed update on characters that I grew up with. My only hope is that it has that same affect on players that don’t hold that same connection with the cast, but with the entire first trilogy available to them I’m sure they will enjoy the reunion as much as I did.

.hack//G.U. Last Recode Vol. 4 Reconnect fits in well with the original trilogy and returning fans will likely enjoy every minute of the story. For those who haven’t played through the entire series, I encourage you to do so before jumping into this game. Sadly, buying the original PlayStation 2 discs are not an option for everyone, but the closure you get from .hack//G.U. Last Recode Vol. 4 Reconnect should make up for the years of your life without .hack//G.U.