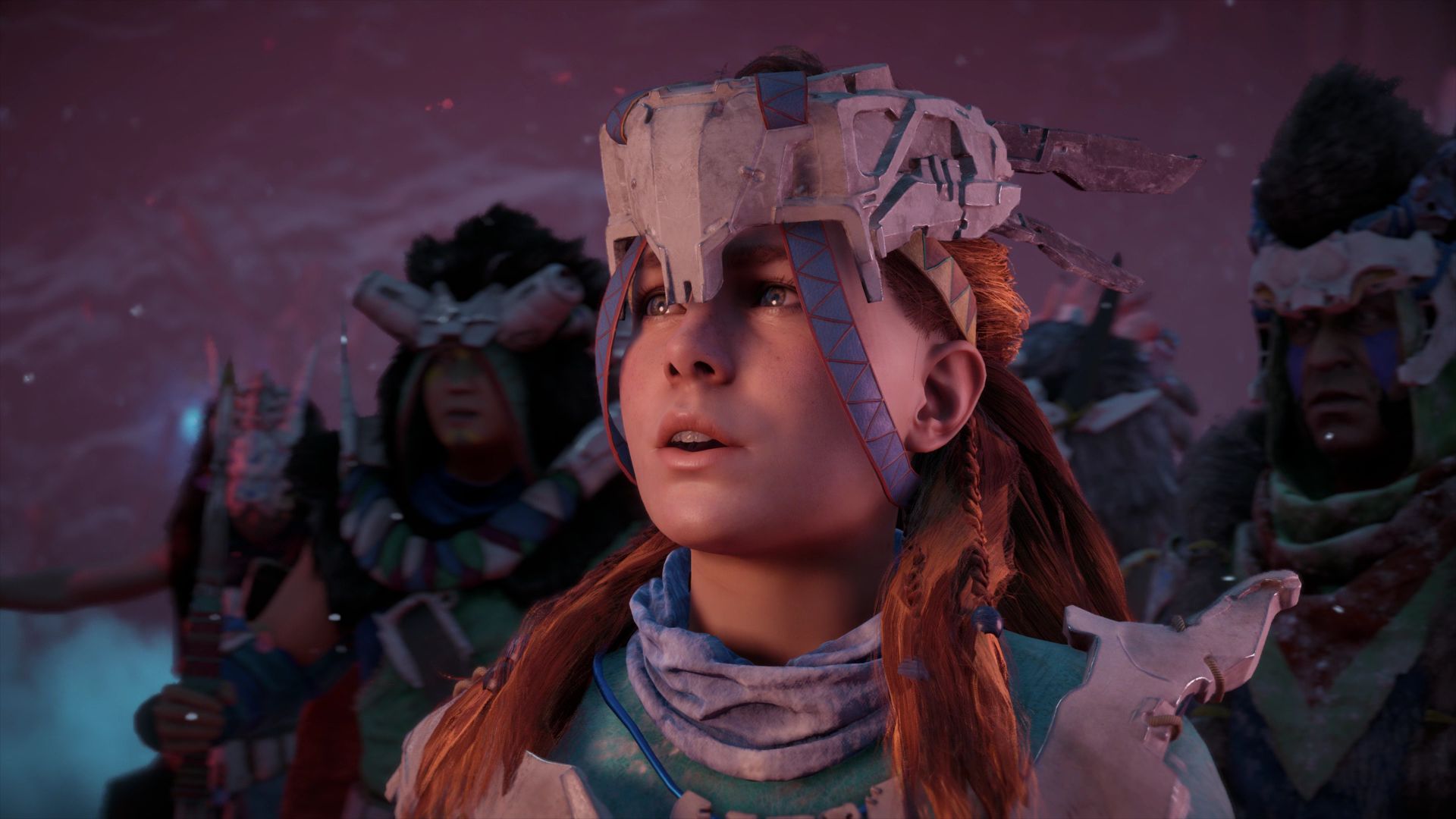 If you have read my recent preview of Horizon Zero Dawn‘s upcoming DLC The Frozen Wilds, you probably already know that Guerrilla Games cracked up the beauty of the expansion’s environment as high as they could.

Now it’s time to show you exactly what I mean.

In the gallery below, you can see thirty-six screenshots captured directly on my PS4 Pro (with visuals set on the “favor resolution” option), from the early copy of the DLC provided by Sony Interactive Entertainment. The images focus mostly on environments, and with good reason: the winter wonderland (albeit a very dangerous one) provided by The Frozen Wilds is nothing short of breathtaking.

Especially the majestic volcano named “Thunder’s Drum,” that dominates the new “The Cut” area creates an imposing center piece that draws the eye, with its billowing black smoke contrasting with the pure white snow.

One thing is for sure: Guerrilla Games managed to impress once more with this DLC, and the performance of the Decima Engine fuels hope for future spectacular developments.

You can enjoy the gallery, while we wait for tomorrow’s release. If you’re unfamiliar with the game, you can check out our review.

You can also watch a trailer from Paris Games Week, a video introducing the Scorcher machine, and one showcasing the Banuk tribe, and one displaying the ability to fight with a companion.