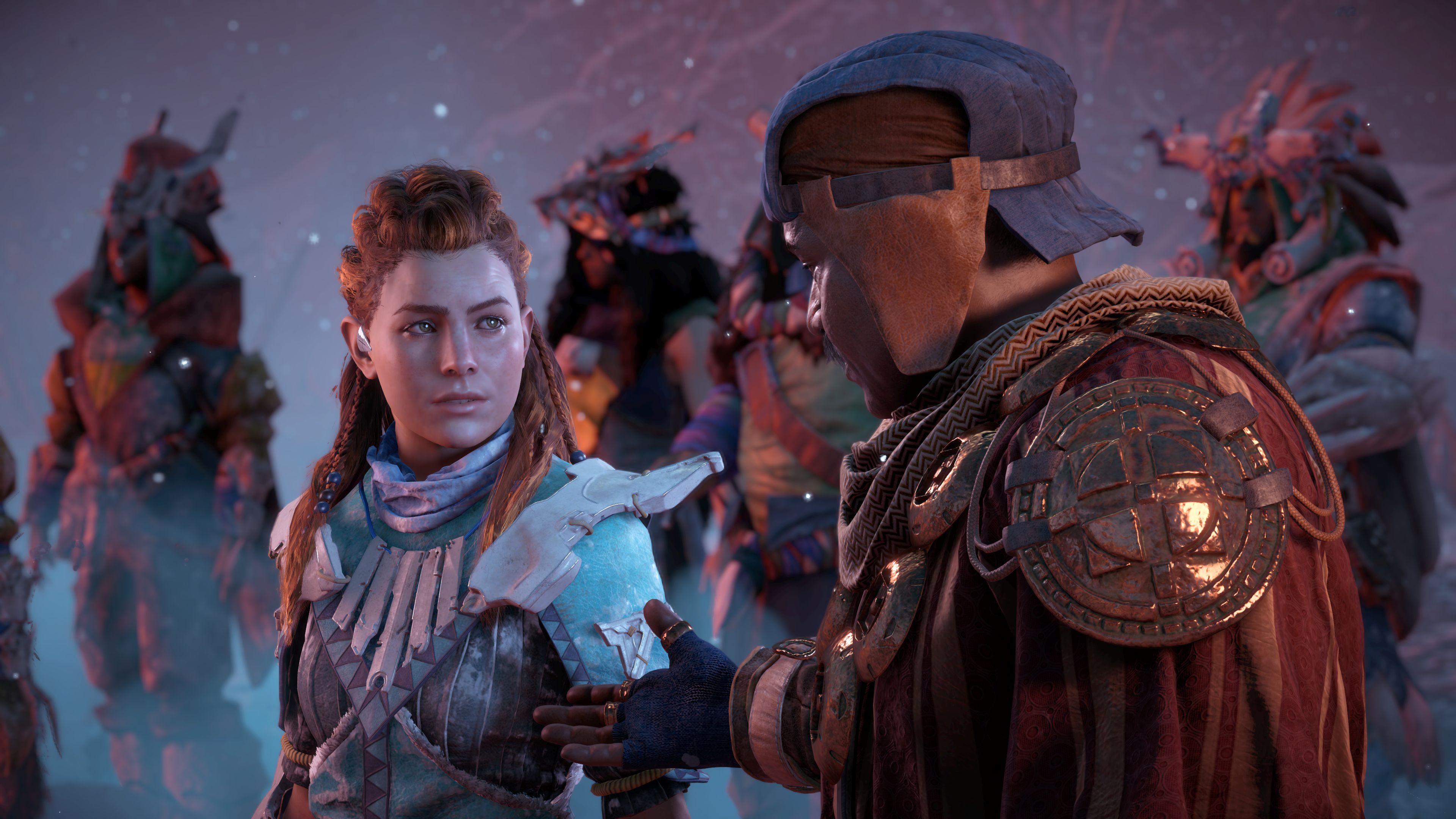 The video showcases one of the quests set in the new area named The Cut, among the warlike tribe named Banuk. They appear to love testing themselves, sending their hunters in near-suicidal survival trips on a nearby glacier. As the machines weren’t enough, right?

Of course, Aloy wants to hear nothing of it, and jumps to the rescue of two missing hunters, only to find that one isn’t exactly fond of being rescued. Interesting, the quest also shows Aloy fighting alongside an NPC, which is something that apparently will happen a lot in the expansion.

You can check out the video below. If you want to see more, you can enjoy a trailer from Paris Games Week, a video introducing the Scorcher machine, and one showcasing the Banuk tribe. You should also check out some awesome 4K screenshots.

Horizon Zero Dawn: The Frozen Wilds will be available for download on November 7th, while the base game is already available exclusively for PS4.  If you’re unfamiliar with the game, you can check out my rather enthusiastic review.