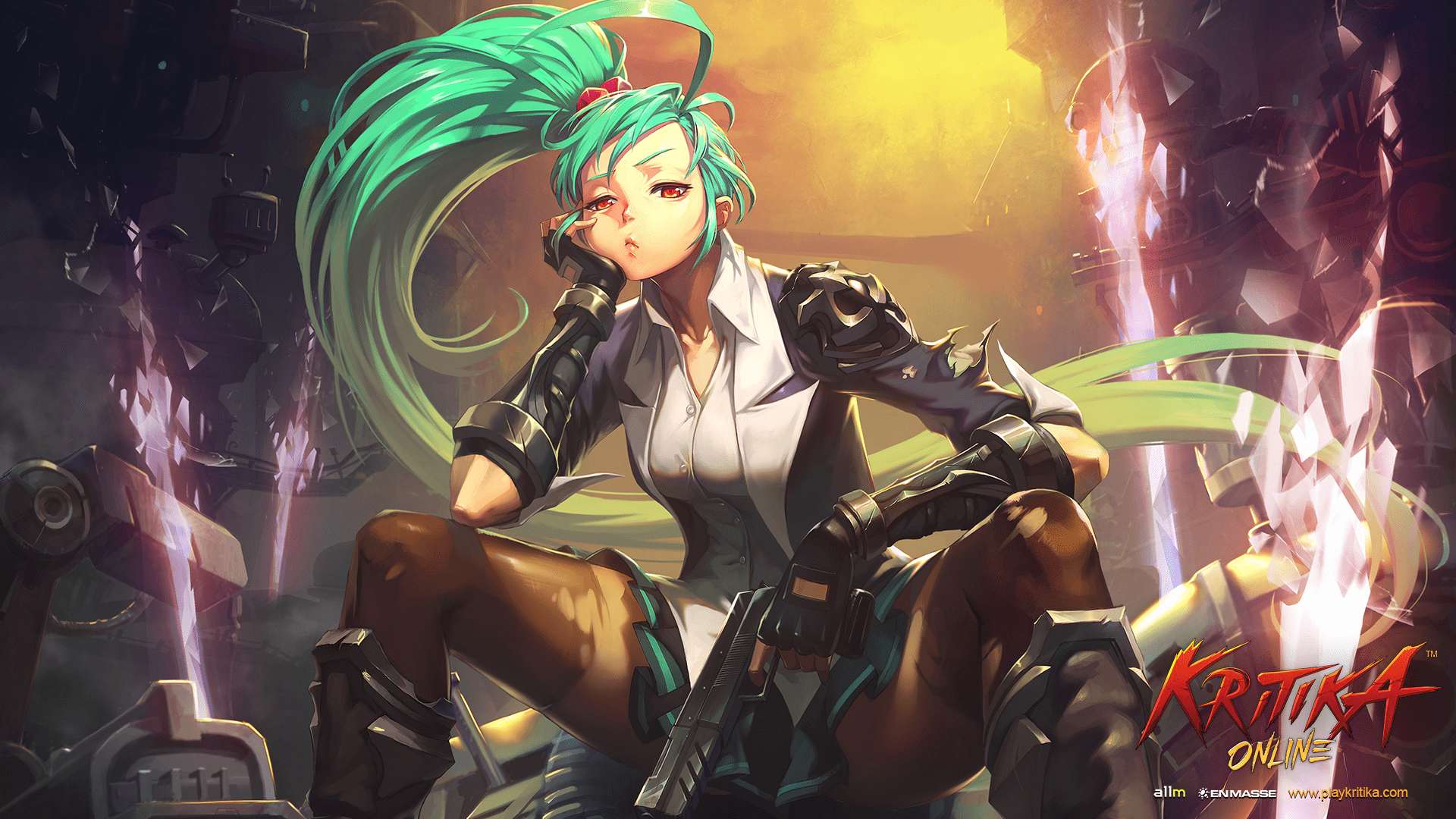 Psion Éclair brings some attitude to the roster of character classes as she sports dual-pistols and an arsenal of psionic blades at her command. She has a balanced moveset mixing up mobility and power attacks at various range.

During Kritika Online newest update, players will receive a free character slot that increases the number of free slots to seven. Evidently, this will allow the players to stay in the action for a longer period of time.

Additionally, the update add in the Fast Stage Alignment System along with new available quests by speaking with Youla at the end of each Danger Zone.

Kritika Online is an online action game where players pick from five different types of characters: Warrior, Gunmage, Rogue, Reaper, along with the aforementioned Psion class. The game allows players to play solo or cooperatively while taking on quests and fighting monsters through “fast-paced instanced levels”.

Lastly, Kritika Online will launch several events that revolve around the Psion class, such as  “Do Your Level Best for Psion” event, allowing players to set their own leveling goals for their new characters. Completing quests will grant players various rewards.

You can watch the new trailer below along with some key art images of :

Watch Dogs: Legion Interview — Lead Producer on What Makes This Massively Interactive Open World Tick
AOC Is Gearing Up To Stream Among Us on Twitch and Get Out the Vote
Bloober Team Releases Interview with Late Actor Rutger Hauer
Risk of Rain 2 1.0 Update Hits Nintendo Switch, PS4, and Xbox One Today
Blue Protocol Lets You Change Costumes And Cosplay Shop NPCs