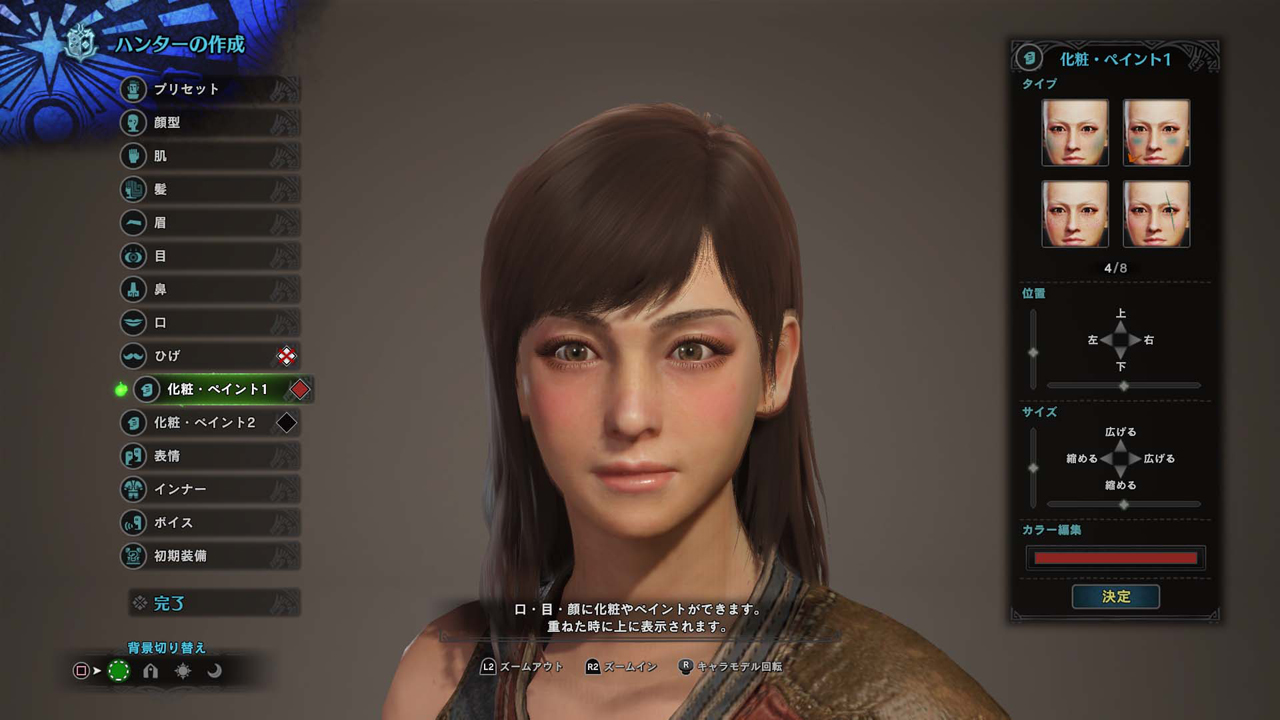 The screenshots showcase quite a few elements of the game. First of all, we get to see another look at the character creation, and the customization of the palico partner. Our own customized character will appear in cutscenes.

We also get to take another glimpse at the special mantles that can be used activating special effects. One can make our hunter stealthy, another makes us resilient to knockbacks and knockdowns of all kinds, another provokes the monsters letting us lure them where we want, and a fourth lets us glide. This specific one can use the wind to glide longer, and also makes it easier to jump on a monster’s back.

More screenshots showcase the forge at the village of Astella. By using materials and currency it’s possible to strengthen your equipment following a chosen route. It’s also possible to reset the improvements, which actually gives back the materials.

It’s also possible to produce armor for both the character and the palico buddy.

An interesting feature is the wishlist, that lets you register the equipment you want to make or enhance, and check the necessary materials out from a dedicated menu at any time.

Armor can also be given skills, and those are active when worn. If multiple pieces of armor include the same skill, its level will be improved.

Armor sets also have their own skills, and by wearing all the piece of a specific set will activate powerful abilities.

Interestingly, armor has been unified, and you can wear all sets regardless if you’re using a melee weapon or a ranged weapon, even if different damage reduction bonuses will be applied depending on whether your weapon belongs to one type or the other.

The village also includes a tavern where eating a meal can provide buffs. Meals can also be eaten at your base camp. The effects vary depending on the ingredients used. You can either manually select them, or prepare set meals depending on the effect you want.

There is even a facility that lets you convert items into special ingredients.

We then learn more about palico buddies. They can actually talk to some monsters, and negotiate with them for help. If the negotiation is successful, the monster will follow along for a while as an additional companion.

On top of the screenshots, that you can enjoy at the bottom of the post, we also get the recording of a stage event hosted today by Sony Interactive Entertainment at Tokyo Game Show, showing more hunting in the Wildspire Waste.

You can check out the assets, and if you want to see more, you can watch my own recording of a quest I played at Tokyo Game Show, another stage event – this time from Capcom itself, the latest trailer, ther beautiful PS4 Pro “Rathalos Edition,” and the dedicated panel from San Diego Comic Con.

The game will launch worldwide on January 26th, for PS4 and Xbox One, with a PC release coming at a later date.