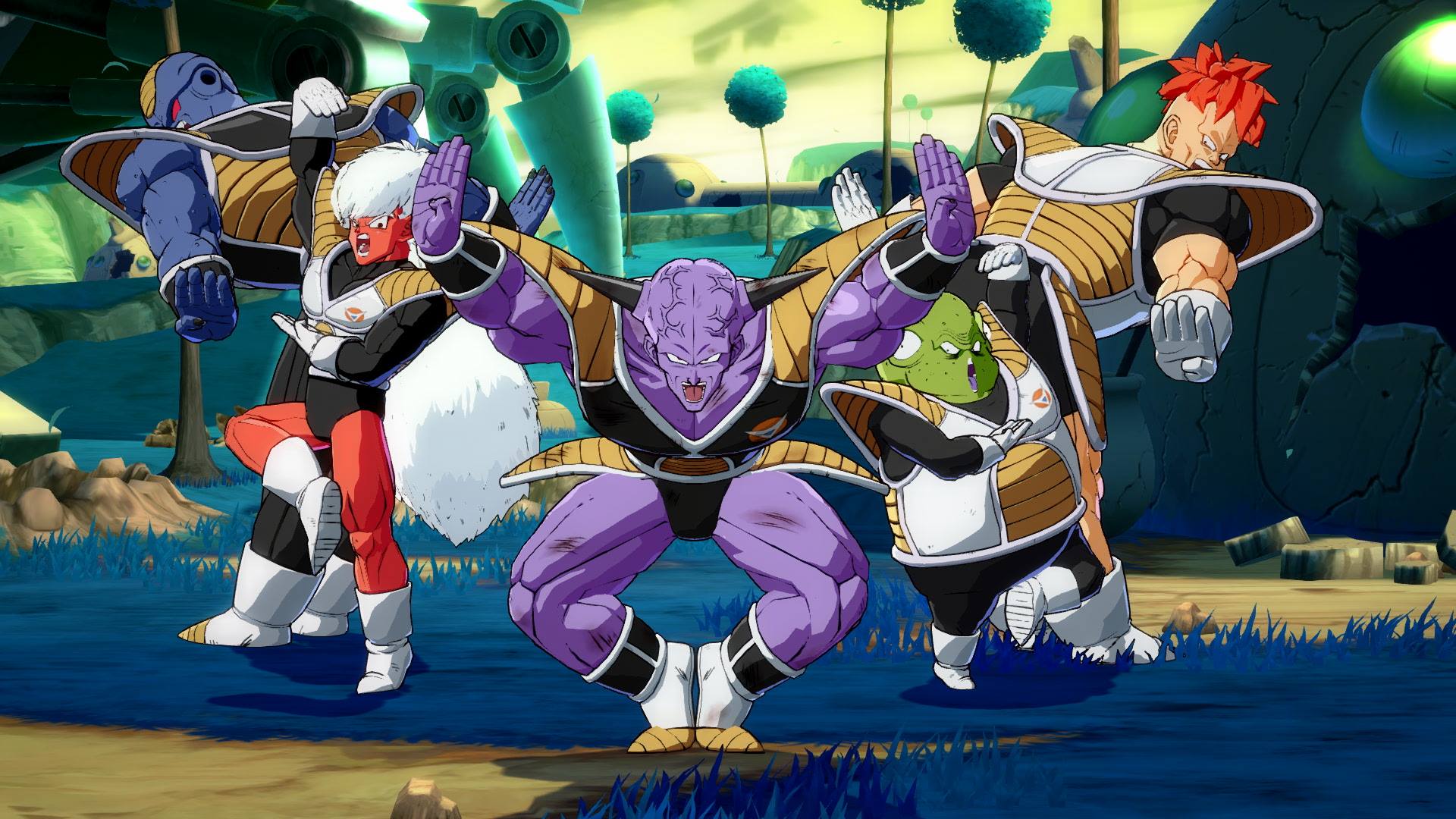 Bandai Namco has released a ton of new screenshots on their social media showcasing  a look at two new villains that’ll be joining the roster of Dragon Ball FighterZ, Captain Ginyu and Nappa, as well as cutscenes and gameplay from the story mode in Arc System Works’ upcoming fighter.

The two new characters were shown earlier this month in a weekly V-Jump scan, but now we get a much closer look at them and their unique skills in action.

Captain Ginyu will have a slew of mechanics that’ll make for some interesting battles. If you’re unfamiliar with him, Captain Ginyu’s signature technique allows him to switch bodies with his opponent, taking their health too. Ginyu will use a variety of techniques that allow the other Ginyu Force members to also participate in battle. So Captain Ginyu sort of plays like five different characters altogether. Some of the new screenshots show Ginyu performing the body change technique as well as other members of the Force in action, like Recoome and Jeice.

Nappa looks to be, unsurprisingly, more of a heavy character. He’ll summon the infamous Saibamen in some of his moves, using them to explode on opponents. The new screenshots show him using a variety of his moves pulled straight from the anime and manga. We also get a look at him using his signature technique, the Break Cannon, where he shoots a huge beam of energy out of his mouth.

The most interesting thing I found, as a Dragon Ball fan, was how similar the board game style looks to another Dragon Ball Z fighting game, Dragon Ball Z: Budokai 2. How you choose to go about taking on the map will determine what rewards, skills, and allies you gain throughout. In the story, you’ll go from location to location trying to uncover why some of the Z-Fighters have been losing their consciousness one after another. You’ll link your soul up with your preferred fighters as you try to uncover the mystery. We’ll probably find out how Android 16 and Android 21 play a role in the story when the game finally releases. You can check out all of the new screenshots down below.

In a weekly issue of V-Jump magazine, the Japanese box art for FighterZ was revealed. There have also been a slew of new trailers introducing and showing off the skill sets of characters that have already been confirmed like Cell, Vegeta, Gohan, Majin Buu, and more.

Dragon Ball FighterZ is coming to PS4, Xbox One, and PC sometime in February next year. DualShockers got the chance to go hands on with the game earlier this month at New York Comic Con.