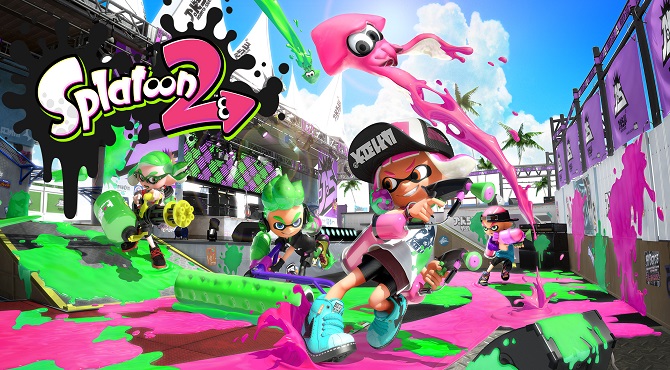 It’s that time of the week again. Today, Nintendo revealed a brand new weapon that will be coming to its hit third-person shooter Splatoon 2 very soon.

The weapon, which is named the Long Blaster, was officially revealed through the game’s official Twitter account. It has an extended range, and even at those long ranges, it still does a ton of damage. Missing can be fatal however, as it has lengthy reload time. Of course, the Long Blaster also includes a sub weapon and a special ability, which are Suction Bomb and Ink Storm respectively.

The Long Blaster will be available to players starting tomorrow, October 21, 2017.

A few screenshots of the Long Blaster were also released. You can check them out at the end of the article.

In other Splatoon 2 news, last weekend the latest Splatfest occurred, which tasked players with pledging allegiance to a specific faction, and earning points for said faction. Last week’s theme was vampires vs. werewolves, with the former crushing the latter.

Splatoon 2 was originally released on July 21, 2017, and is available exclusively on Nintendo Switch.