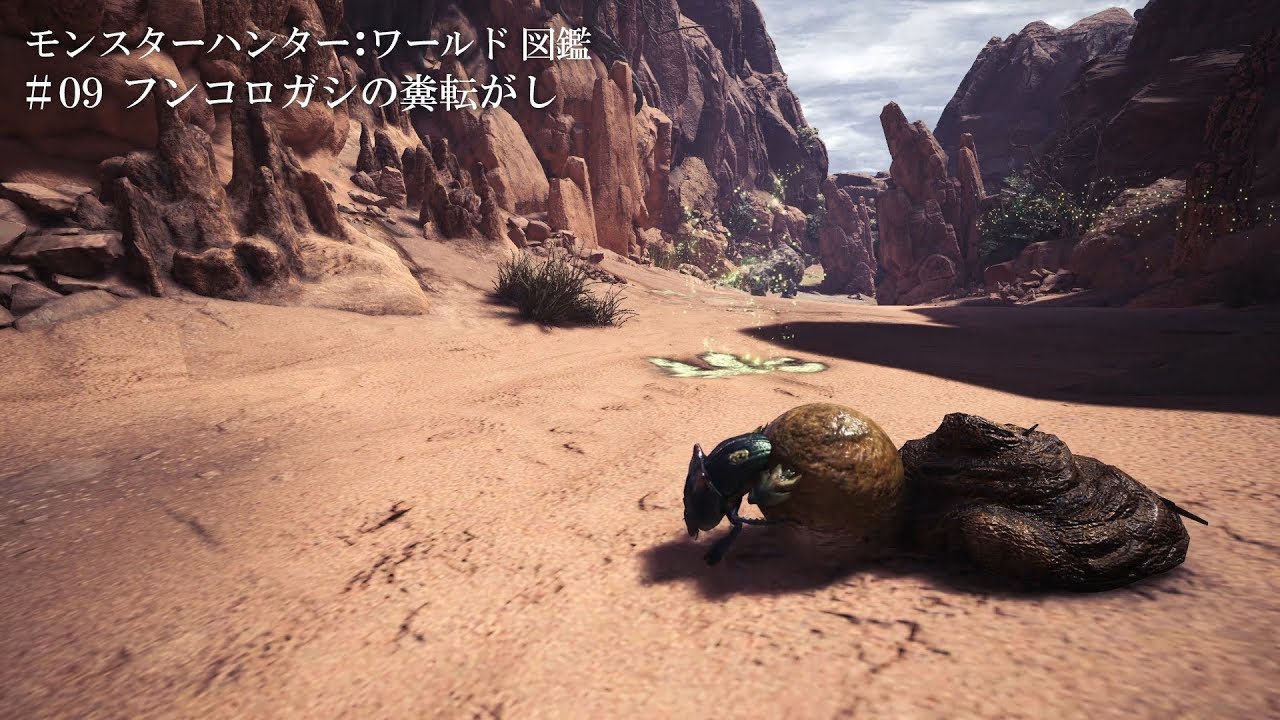 The videos, which are designed to convey some beautiful and interesting details of the world of the game, do exactly what they say on the tin. We get to see beautiful environments, ferocious monsters, the clever use of armored critters for protection, and a brief but interesting look at the familiar Grimalkyne.

Everything is topped off by something not exactly “gorgeous,” but that is still a good indication of the “living” world that the team at Capcom is creating. We see a stinky pile of monster dung and a dung beetle making a ball out of it and rolling it away. Whoever had the idea of putting this in the game has my full respect.

You can enjoy all the video below. If you want to see more you can also enjoy some more gameplay from yesterday, some recent screenshots directly from Capcom, another batch of videos and screenshots, even more gameplay, the trailer that revealed the Rotten Vale area, the reveal of the crossover with Guerrilla Games’ Horizon Zero Dawn, my own recording of a quest I played at Tokyo Game Show, a bunch of videos from Capcom featuring character creation and more, and the beautiful PS4 Pro “Rathalos Edition.” On top of all of that, you should also give a good read to our recent hands-on preview.

Monster Hunter World will release worldwide on January 26th, for PS4 and Xbox One, with a PC version coming at a later date.