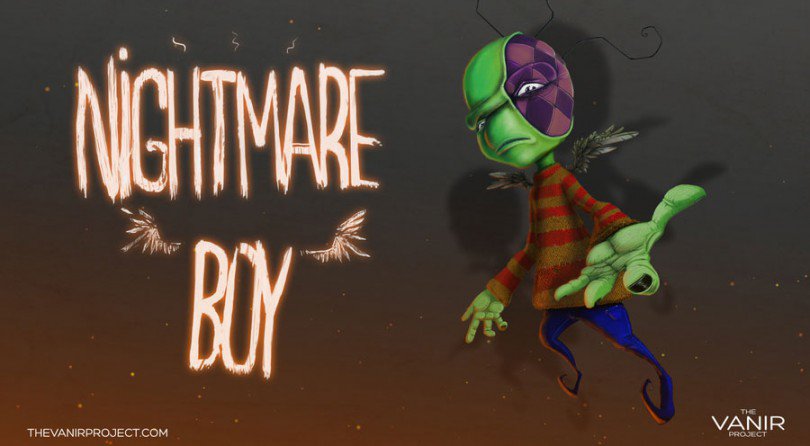 Today, developer The Vanir Project and publisher BadLand Games announced that their game Nightmare Boy will be available starting October 25, 2017. In addition to the announcement of the release date, a brand new thirty-second trailer, showing off some never-before-seen gameplay, was also released.

Nightmare Boy is a “Metroidvania” action/platformer in an art style which can only be described as “very ’90s.” You play as Billy, who has been transformed into the menacing Rolok and transported into a world constructed out of your own nightmares. Your goal: attempt to turn Rolok back to his original, human form, and save ten other kids who are trapped in this world with you. During your journey through the nightmare world, you’ll be able to upgrade Rolok to your heart’s content.

The game was first announced earlier this year, when the game’s Q3 release window and announcement trailer was also revealed.

Nightmare Boy will be available on PlayStation 4, Xbox One, and Steam. As of the time of this writing, a price for the game has not yet been announced. The title was a part of Steam’s Greenlight program, which allows the community to vote on titles that they would like to see be published on the Steam Store.

Cyberpunk 2077 DLC and Expansion Announcements Delayed to Q1 2021
Just Cause Creator Has Formed Liquid Swords, a New Game Studio
The Next Among Us Map Will be Revealed at The Game Awards
Here is How Cross-Gen Saves Will Work for Cyberpunk 2077
The Witcher’s Henry Cavill Reacts to a Spider Situation in True Geralt Style