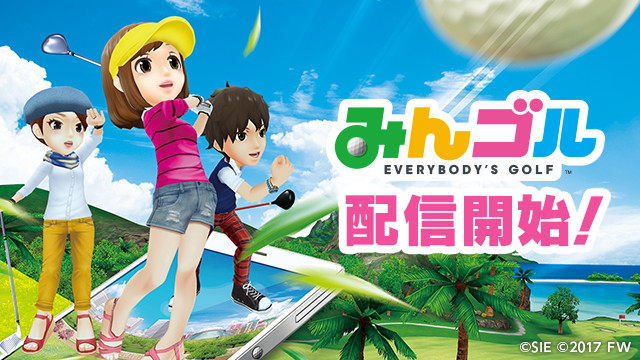 The game was at over two million downloads by the beginning of August, following its release in Japan on July 4th. Looks like the number of active players has been growing fairly steadily, even if we have no information on active players or on what kind of percentage takes advantage of the game’s microtransactions.

Earlier this year, Sony  revealed that its mobile business will focus on the Japanese and Asian market at least for the time being, while expansion to other regions will be considered down the line depending on the results in Asia.

ForwardWorks has several games planned after Everybody’s Golf, including What Did I Do To Deserve This, My Lord?, Arc the Lad, Wild Arms, Dokodemo Issho, PaRappa the Rapper and Summer Holiday 20th Century. A title developed in collaboration with Square Enix has also been teased, but not yet revealed, while Aida of Sky and Sea directed by Sakura Taisen creator Oji Hiroi is the brand’s first original IP.

It’ll be interesting to see if Everybody’s Golf relatively successful launch will persuade Sony to release it in the west.