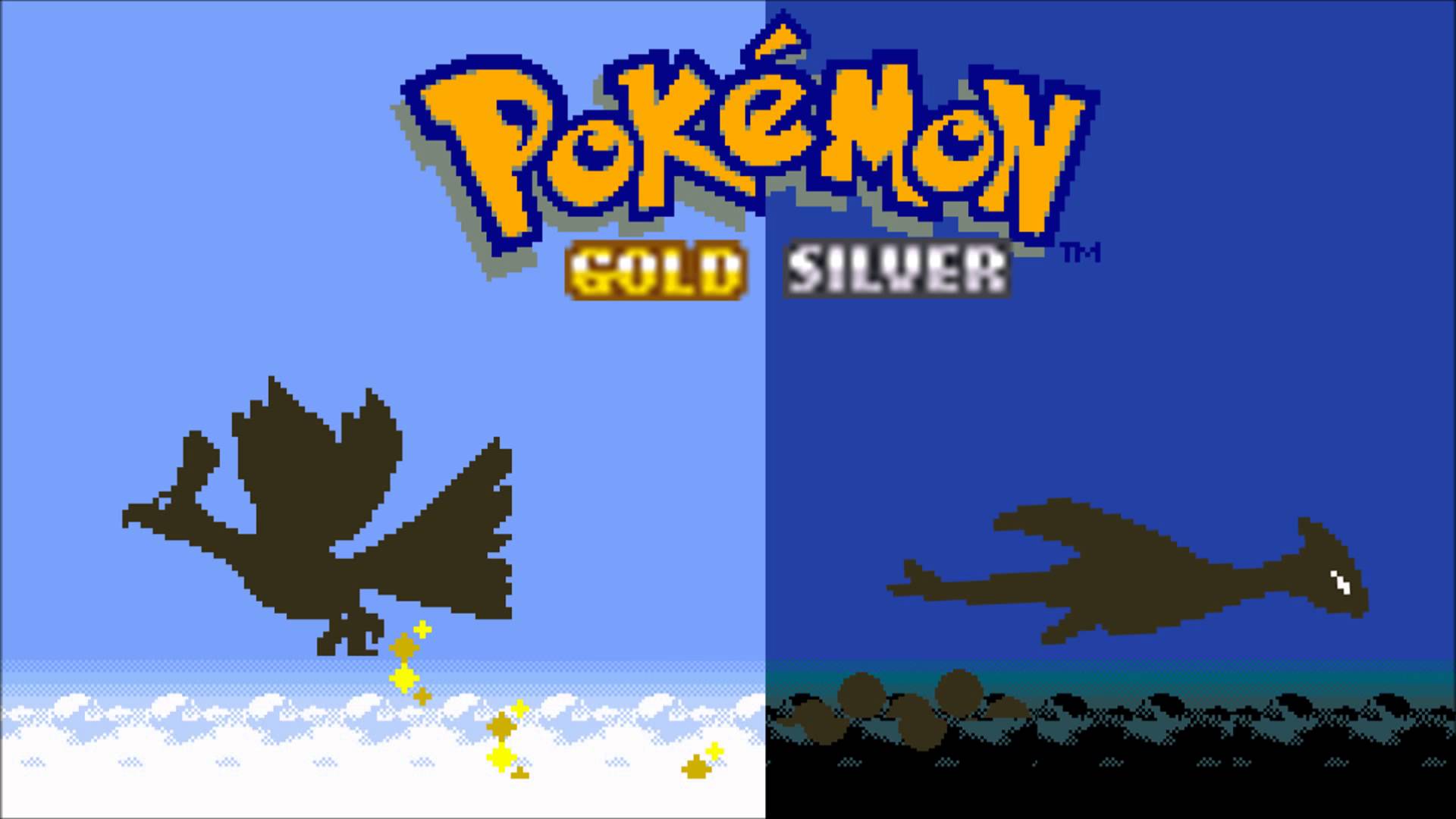 While Pokémon Gold and Pokémon Silver released in North America on Game Boy Color only about a year-and-a-half after I was born, that never stopped me from playing them. After being introduced to the series through Pokémon Sapphire, I have since played at least one of every Generation’s mainline entries, and my love for the series has still not died out. While I have played through Pokémon Gold before on Game Boy Color and beaten the remake, Pokémon Soulsilver, I just jumped into the original version of Silver for the first time through its recent Nintendo 3DS eShop Virtual Console release.

While I do have a few problems with the game’s AI and leveling balance, it would be ignorant not to recognize the huge step up both Pokémon Gold and Pokémon Silver are from Pokémon Red and Pokémon Blue which, while important and popular, were also buggy and in general were somewhat rough around the edges. Pokémon Gold and Pokémon Silver are great sequels, and signify when the Pokémon series was able to cement itself as something more than a passing fad, which is one of the reasons why Pokémon is still quite relevant to this day.

The basic idea behind Pokémon Gold and Pokémon Silver’s adventure is almost the exact same as it was in Pokémon Red and Pokémon Blue: become the Champion of the Pokémon League by beating eight Gym Leaders and facing the Elite Four. That being said, the adventure (for the main game) takes place in the Johto region, which neighbors Kanto from the original games. Johto is a fairly varied region, from the regular plains of the southeast where players start, to the more ritualistic and religious north, and the beachy, more laid-back nature of the West.

Pokémon Silver is usually able to stay fairly interesting visually. Another step up from the originals is that Pokémon Gold and Pokémon Silver are in full color, which allows the world to feel more alive and vibrant. While being in color doesn’t really seem like that big a deal nowadays, its still important to note the addition of color makes Johto, and even the revamped Kanto, feel more detailed and interesting than the original games.

“While being in color doesn’t really seem like that big a deal nowadays, its still important to note the addition of color makes Johto, and even the revamped Kanto, feel more detailed and interesting than the original games.”

While players are on their quest to beat the Pokémon League, they will also run into the returning Team Rocket, who are now struggling to stay together and continue their nefarious deeds without the leadership of Giovanni. While this premise is somewhat interesting, the writing is very simple, and the adventure plays out exactly like you think it would. After beating Team Rocket you are also able to go face either the legendary Pokémon Ho-Oh or Lugia, depending on which version you are playing, both of which are well designed and powerful Pokémon.

You also occasionally run into your dashing red-haired rival, who steals the starter Pokémon that is good against yours at the start of the game. Like Team Rocket, I found him superfluous for the most part, as he really just shows up every Gym Badge or two to fight you and complain. He has a nice redemption arc once players reach Kanto, and certainly has an interesting backstory that can be found in the series’ lore, but for the most part in-game, the rival and the villainous teams are serviceable, but nothing extraordinary. The story aspects of the game get the job done, but it is the design of the region itself and the various Pokémon and battles within it that keep things interesting.

As with every entry in this series, the meat of the gameplay is found in capturing wild Pokémon, building a team of your own, and facing off against various trainers across the region.  Pokémon are either caught in tall grass on routes, in caves, or in the ocean, and each version has some exclusive Pokémon, encouraging trading.  Each Pokémon can know four moves at any time, and each Pokémon and move has a type, which plays into a huge dynamic of the 17 different types, including two ones introduced in this Generation: Steel and Dark.

Pokémon Gold and Pokémon Silver also built upon the first game, fleshing out many mechanics and making it feel more whole and balanced. This generation saw the introduction of Pokémon genders (outside of Nidoran), held items, split the Special stat into Special Attack and Special Defense, and added breeding, which made Individual Values (IV) and Effort Values (EV) more relevant and easier to control and customize than ever before, which helped boost the Pokémon’s multiplayer meta-game, a facet of the series that is still going strong until this day.

While Pokémon Red and Pokémon Blue broke some new ground with its gameplay, the games still had noticeable flaws, which Pokémon Gold and Silver does an excellent job at patching up. Some Pokémon and types that were broken in the original aren’t as powerful as before. Even as the series has evolved, the basics of the battle system have held up better than Generation I, meaning the title is fun to play, so those dedicated enough to it should probably be able to spend hours with the title to create the perfect team.

The game isn’t without a couple problems though, one of which is specific to this Nintendo 3DS release. In the 3DS version of the game, the player’s HUD doesn’t disappear during attacks like in the original, which can create some visual oddities when the players HP and EXP bars move with the Pokémon during attacks like Tackle and Splash.

The AI in the game can also fluctuate from being fairly easy to annoyingly spammy and unfairly difficult. Many major trainers have Pokémon that rely on spamming one powerful attack or set of attacks, so players have to rely on RNG elements to win. This is personified the most with the third Gym Leader, Whitney’s, Miltank.

“While Pokémon Gold and Pokémon Silver are still incredibly fun games, the spammy AI does get annoying, creating some of the most annoying Gym Battles in the entire series.”

This Pokémon ruthlessly starts off by using Attract to prevent any male Pokémon from attacking for the most part, and then uses Rollout, a continuous attack that gets more and more powerful with every use. This is a combination that is very hard to get around, even when you are expecting it, and makes you repeat the battle tons of times just hoping that the some elements out of your control will allow you to win if you don’t have many Pokémon that are resistant to it.

While Pokémon Gold and Pokémon Silver are still incredibly fun games, the spammy AI does get annoying, creating some of the most annoying Gym Battles in the entire series. You’ll feel a huge sense of relief after to defeat these trainers, but these battles highlight the flawed older AI these games have, something that has thankfully improved for the most part in later entries.

One of my favorite things about Pokémon Gold and Pokémon Silver that  I re-discovered when playing the game on 3DS was how much I liked the game’s open-ended nature. Players can get the fifth, sixth, and seventh badges in any order they desire, and once players get to Kanto, the game lets go of the reigns and allows players explore and complete everything in the region in whatever order they desire for the most part.

This creates a great sense of adventure, and gives players a feeling of freedom that isn’t really present in the more recent Generations. This does bring one of the game’s other problems into the light though; the level balancing in Pokémon Gold and Pokémon Silver is extremely weird. Around the fourth Gym Badge, wild Pokémon level off for the most part between levels 15-20, which can make force players to grind if they decide to add a new member to their team later on the game.

The fifth, six, and seventh gyms also all hover around levels 30-35 which causes a plateau in the progression normally seen at this point in most games. The first Gym Leader’s most powerful Pokémon is only level 9, and the Champion’s is only level 50, which are all-time lows for these series. These lower levels are not gamebreaking by any means; they just mean you’ll have to do a fair bit of grinding if you want your team to get to the upper levels, though some of this does get alleviated once players beat the champion and gain access to Kanto.

“It is a very well executed re-release that keeps Pokémon Gold and Pokémon Silver in a prime state to played by a new generation of Pokémon fans. “

Back on the Game Boy Color, these games cemented the series staying power by bringing it into color, patching up some of Pokémon Red and Pokémon Blue’s more flawed mechanics, and create one of the series’ most densely packed and open games to this day.  All of these aspects still stand in the 3DS port, and the games even serve as a breath of fresh air for a series that has gotten more linear in recent entries due to their open-ended nature. Whether you a series fan that just happened to miss out on this generation, or a casual RPG lover, it’s definitely worth it to venture into Johto on 3DS if you have not done so already in either Pokémon Gold or Pokémon Silver.