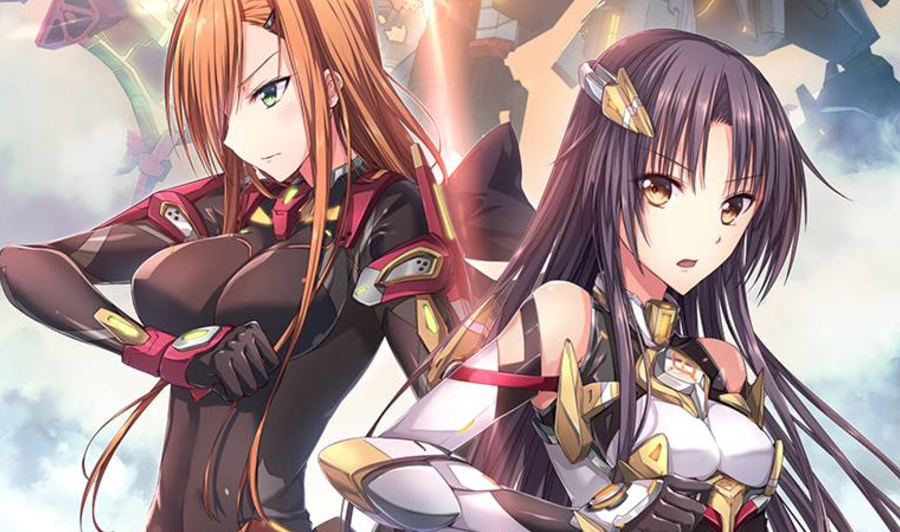 Let’s get one thing clear: mechs are one of the coolest things ever. Since even before the Armored Core franchise popularized the genre for myself and many other gamers, mech action games have held the interest of players throughout the years. However, less and less mech games make it out of Japan due to the lack of publishers willing to take a chance on the genre in the West. Thankfully, that wasn’t the case for GameCrafterTeam’s newest release Project Nimbus.

Project Nimbus aims to capture that fast paced action that mech lovers crave while delivering a story with a cast of characters that players can connect to. While the team hits all the right cues, the scope of the project might have been too much for the small developer.

The story is told through multiple points of view during a war. Evidently, there was a devastating war that made Earth’s surface uninhabitable and humans had to opt to live in the sky. However, the war is still raging and has taken to the sky where the less than fortunate humans fight back against the political superpowers that have already ruined the surface of the planet.

“While I was willing to totally get invested in the characters, the game doesn’t make it too easy.”

While I was willing to totally get invested in the characters, the game doesn’t make it too easy. The first few Acts feel extremely rushed and jumps from one scene to another. One moment they are introducing you to your co-pilot, Mirai, and briefing you on a mission and the next you are escaping a factory with her and wondering how you got there. It’s as if the writer hopes you just fill in the gaps of time with what happened and didn’t bother to add any explanation of where you are in the story.

This is unfortunate because it’s tough to follow what the characters are talking about while playing through a mission, but at the same time I’m thinking, “I have no idea what they are talking about, but it sounds bloody awesome!” And that’s most of my experience with the story of Project Nimbus — right when I think I have a grasp on what’s going on, they throw a curveball at me. Although, I should say that the later Acts tend to clean up a bit of the mess and the story and it does get rather good, but that would mean a player would have to make it that far.

Story aside, we need to talk about this gameplay: Project Nimbus blends some of my favorite mech games together to produce a unique playing experience. We’re talking a mixture of Another Century Episode, Armored Core, and a few entries of the Gundam series. Project Nimbus captures the thrills and excitement of mech action and delivers it as an easy to digest gameplay experience.

“Project Nimbus blends some of my favorite mech games together to produce a unique playing experience.”

Players get the chance to pilot several different mechs throughout the course of the campaign. Each mission is full of enemy waves and various objects, but most of the time you’ll just be shooting down enemies… but that’s why we’re all here, right? The first few Acts start off rather basic and also look a little dated graphically, but this also gives the player the chance to fine tune their skills and learn about the different weapons for the later parts of the game.

Project Nimbus shouldn’t be judged solely by its first Acts because they were the first to be released while the game was in Early Access. In the later Acts it’s clear that the developer updated the visual and environments as well as the playable mechs. Furthermore, it was announced recently that these first two Acts will be updated for a release on console, which makes me hope that they push that update to the PC version because they definitely need it.

In battle, players will get switch seamlessly between equiped weapons and take aim at enemies. The difficulty of the game can be changed in the beginning of the mission to fit the experience of the player. Be warned that this game can be brutally difficult on higher difficulties and will require some deep knowledge and fast reflections on the controls to get through some of them.

Thankfully, the mechs have some equipment that can get you out of a bind, such as, flares and a dash. However, most of the time it will come down to who shoots who first. The enemies vary from other enemy mechs to turrets controlled on the floating cities. Some boss enemies are extremely fun to go up against because they take awhile to defeat and it gives the look and feel of a real mech battle.

Environments can be a bit stale, but they have enough variation to not be totally boring. It’s pretty fun to freely fly around and watch as my mech releases dozens of missiles towards enemies. There’s is a sort of rhythm that you fall into while playing that makes the game engaging and nice to look at, but it also has the potential to feel repetitious on the more drawn missions.

A small budget could be what hurt Project Nimbus the most, but I don’t think it has any effect on the gameplay and fun that the game offers. Visually the game looks far better in the later Acts and besides a couple framerate drops that I experienced, the game runs smoother than many big budget games that I’ve played in the past.

What it comes down to is that Project Nimbus’s biggest draw is going to be its gameplay. If this doesn’t capture your attention then you should probably skip this title. Even if the story sounds cool while it’s going on, it’s far too difficult to follow, which is a huge bummer. The last Acts of the game are where it counts so I implore that if you do pick this up to stick with it past the first two Acts.

Project Nimbus makes a great attempt at capturing the mech action genre that rarely comes West. Fans will find a lot of what they want from mech action, but the lack of motivation to complete missions could potential hurt the chances of them completing the game. For a small indie game, Project Nimbus hits all the right ques to be a great action game, but dated visuals and

Can You Upgrade the DIE Shockwave in Cold War Outbreak? How Do You Upgrade it?
Shovel Knight Teams Up With Arby’s – What Does the Kid’s Meal Include?
Pedro Pascal Fan Art could Be the Greatest Joel Illustration Ever
Where to Find Warzone Ring of Fire Jak-12 Blueprint
Fortnite: How To Get The Shanty For A Squad Emote