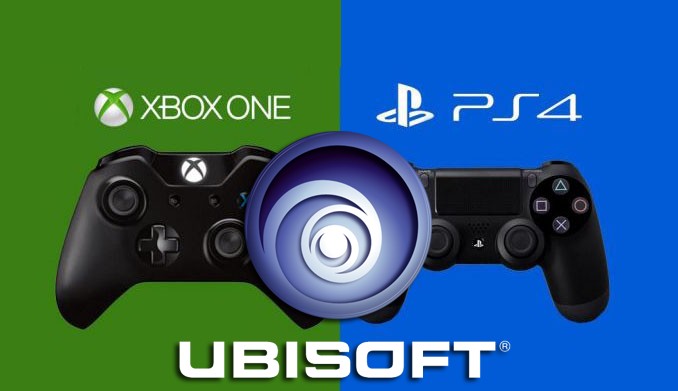 Ubisoft released today its financial results for the first half of fiscal year 2017-2018, which recently ended on September 30th, 2017.

Once more, the PS4 versions of Ubisoft’s games were at the top of the chart, with Xbox One following. Yet, quite notably, Nintendo Switch

We also get a breakdown of sales by region, which you can see below.

Chief Executive Officer Yves Guillemot also accompanied the press release with a statement, giving more information on the situation of Ubisoft’s business during the period examined.

“We continue to offer players outstanding game experiences with unrivalled variety – ranging from Mario + Rabbids: Kingdom Battle to Assassin’s Creed Origins, and including South Park: The Fractured but Whole. In addition to these new releases, players are engaging with a large amount of additional high-quality content which provides them with longer-term entertainment. This includes Blood Orchid, the recent major update to Rainbow Six Siege, and Ghost War, the highly-acclaimed PvP mode for Ghost Recon Wildlands. And it doesn’t stop there: in the coming weeks we will notably release Resistance, a massive free update to The Division, and South Park: Phone Destroyer, a free-to-play mobile game. Our commitment to providing high-quality game experiences and supporting them for the long term is driven by the importance we place on our player communities. This winning content strategy drove a 66% surge in our sales for the first half of 2017-18 – largely exceeding our targets – as well as a sharp increase in our earnings.”

“The quality of our new releases is the result of our effort to transform our model and make our business more profitable and recurring. Given longer development lead times, our talents can fully express their creative visions and therefore maximize the potential of our games. The success of these releases – notably the 100%2 sales growth for Assassin’s Creed Origins – combined with solid live operations demonstrate that Ubisoft is ideally positioned to deliver further growth in future fiscal years, both in terms of financial performance and shareholder value.”

Following, the announcement included a series of bullet points listing the main sales and profit figures and the publisher’s recent achievements.

Last, but not least, below you can read a list of Ubisoft’s upcoming releases for the current quarter.

If you want to compare these results with those of the previous quarter, you can check out our dedicated article from July.

Xbox One X vs Xbox Series X – Control (Ultimate Edition) Comparison [4K HDR]
Stardew Valley: What’s New In The Switch Update? March 4 Patch Explained
Who Created Slenders in Roblox and What Does It Mean?
Shovel Knight Teams Up With Arby’s – What Does the Kid’s Meal Include?
Cold War Rapid Fire Moshpit: What is it? New Game Mode Explained