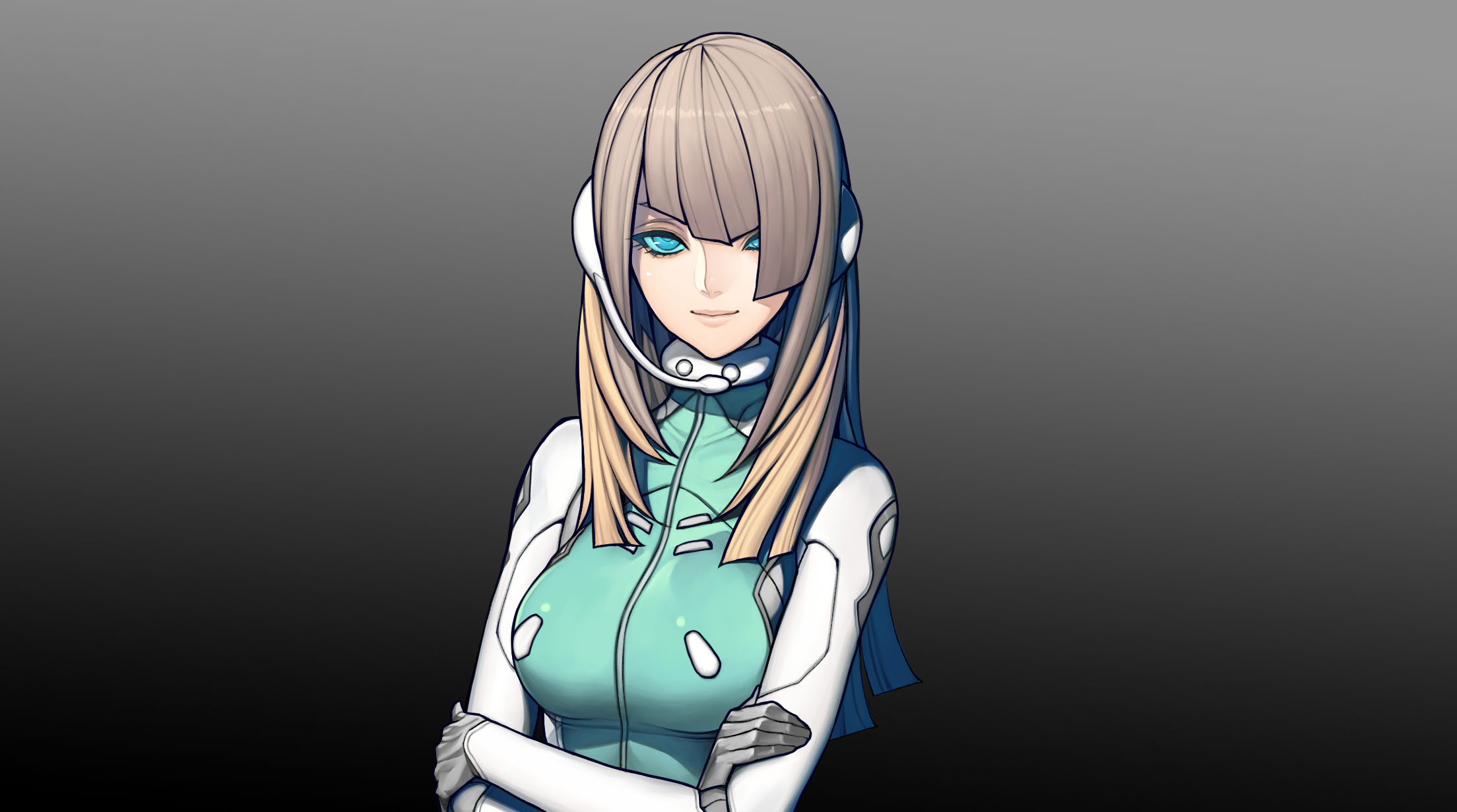 First of all, we get to take a look at the “Iron Base,” that is the base of operation of the hero. It’s built in the desert that has replaced the ancient Tokyo Bay after the disaster that almost exterminated humanity. It’s a scientific fortress built with advanced technology that allows semi-independent functioning. It’s currently isolated following the disastrous defeat against the SoNs, and it has been abandoned by the brass of the army that moved to a private shelter.

On top of Talis, Toni, and Yokky, that have been introduced a few weeks ago, we get a look at three more characters living at the Iron Base.

Po-M is a female android voiced by Rika Tachibana (Yuisis in Granblue Fantasy). Her name stands for Post-Human Modified Class, and her nickname is Po-M. Deployed at Iron Base, she watches the hero’s progress and provides tactical advice and communication services.

D’annunzio is voiced by Tsuyoshi Shinohara (Hitoshi Yuda in Detective Conan) is a former soldier with a broad expertise in various fields. Jingorou is voiced by Shin Urayama (Cervantes in Soul Calibur IV and V), is basically the best mechanic in the whole world. He loves tanks from the bottom of his heart, and the R Wolf is his personal favorite. He is the one who taught maintenance to Yokky.

We also get to see a refugee camp in the area of the Tokyo Bay, and a few enemies that we’ll encounter in the game. The “Red Swan” is a named monster that can be found in the area around the Iron Base, and actually look like a giant sand shark.

The Unmanned Tank is a completely autonomous machine with three cannons mounted on a turret. The Desert Hopper is a cannon on legs.

There is also a dungeon named the “Ruins” in which valuable items and vehicles are buried. There we’ll fight the Eraser, which are independent robot drones that have turned into murder machine hunting humans, and the Murderer Amoeba, a protozoan mutated by contamination. If you can purify them from the poison, they are actually edible as high sources of protein.

Last, but not least, we learn that the ending song “Aube” will be performed by the pop duo “ELFI.”

Metal Max Xeno will release in Japan for PS4 and PS Vita in spring 2018. At the moment, there is no announcement for a western release.

Apex Legends Server Maintenance – Times, Information and Availability
Hinamatsuri Animal Crossing Items – What They Are and How to Get Them
Bloodborne Cosplay: Three Hunters Display Their Heart-stopping Attire
Pokemon 25th Anniversary Merch – Everything Needed to Celebrate in Style
Yennefer Cosplay: See The Witcher’s Sorceress Brought to Life In Style