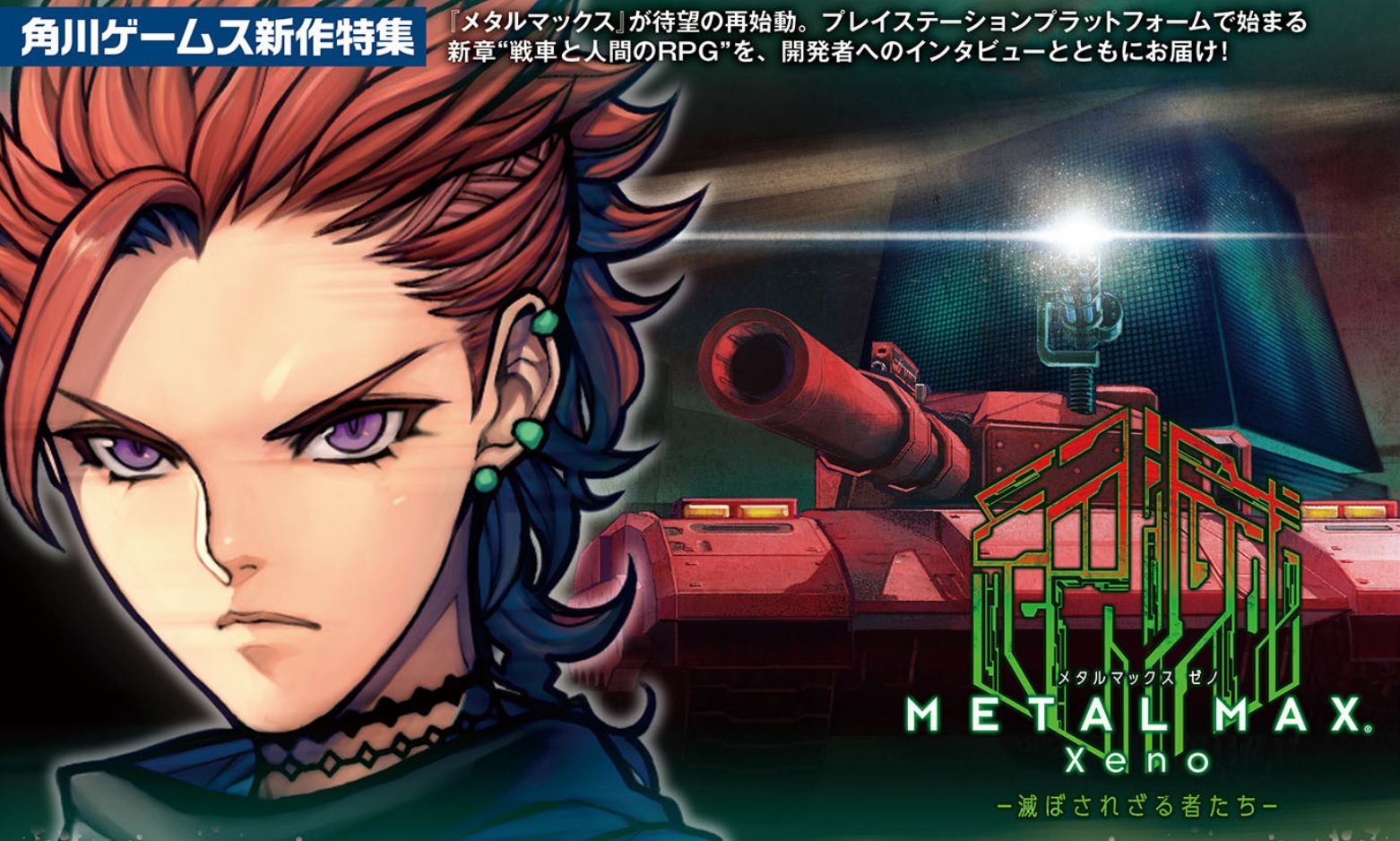 Today’s issue of Weekly Famitsu officially revealed Metal Max Xeno, which was originally teased last week by Sony Interactive Entertainment, and then leaked a couple of days ago.

Now, let me bask into a bit of pride since I totally called it.

The game brings back the old and glorious Metal Max series, of which western games only saw Metal Saga: Chain of Sandstorm for PS2 in 2005. Since the game will come (to Japan) in Spring 2018 for PS4 and PS Vita, It also yanks the series back from twelve years on Nintendo consoles and mobile.

Despite the fact that it was teased on PlayStation’s official Japanese channel, this won’t be a first party game: it will be published by Kadokawa Games, and will be directed by the series’ original creator Hiroshi Miyaoka. Production Supervision will be done by Kadokawa Games’ own President Yoshimi Yasuda (who recently directed God Wars). Production will be handled by Juntaro Kouno and the soundtrack will be created by the series’ original composer Satoshi Kadokura. Oda Non will take care of character design (whose style is very visible in the gallery), and the series’ ancestral artist Atsuji Yamamoto will return to design the monsters.

The game is an open world RPG, and players will be able to acquire and customize a variety of vehicles, including the iconic R Worf red tank from the past ganes.

The game’s timeline starts in 2033, with a catastrophe caused by an AI named NOA going haywire. All major cities, including Tokyo, are destroyed. Humanity seeks shelter in an underground city named U-Tokyo, and counterattacks from a facility named Iron Base in the Tokyo Bay. Unfortunately, this fails, and U-Tokyo is also destroyed.

In 2053 a dangerous new kind of mechanical monster called SoNs appears, bent on eradicating the last survivors of humanity. The story of Metal Max Xeno begins in 209X, when the hero Talis arrives at Iron Base.

Talis has sworn revenge on the SoNs, who have killed his mother and relatives. He arrives at Iron Base at the end of a long period of wandering, and for some reason part of his body is cybernetic. Toni is the female protagonist. She is the daughter of a trader. During an attack on her settlement, her father was killed and she survived alone. After being rescued by Toni, she decided to follow him.

Last but not least, Yokky is the inevitable mechanic. He is a warn orphan living at Iron Base. He loved mechanics since when he was a child, and he was put in charge of repairs and maintenance. He used to be infatuated with Toni, when she used to live in a settlement near the Base, but he used to think she was dead. Boy, do I see the basics of a triangle here!

You can check out all the images below, but do keep in mind that they’re from magazine scans, so quality is not perfect.