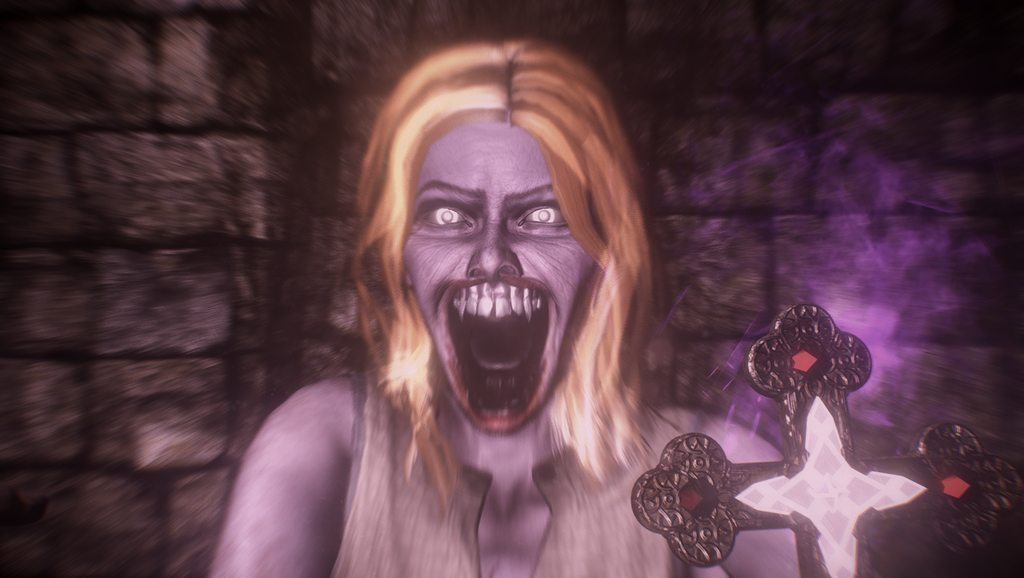 Ergastulum is a first-person horror game that borrows a blend of Asian and Western folklore to craft its fantasy world. Of course, no psychological horror game would be complete without an unreliable narrator, and that’s precisely what you will find in this game. According to K Monkey, there will be a good deal of reliance “on the character’s fears and abnormal psyche to frighten players.”

Besides its thematic roots, K Monkey Games also notes a few popular video games as inspiration for the title, including Dark Souls, Amnesia, Gone Home, Ultima, and Alien: Isolation. The developer says that these games were primarily responsible for how the “dark unforgiving atmosphere” was realized.

Ergastulum‘s Kickstarter has just started and is asking for a little more than $79,000 to reach its crowdfunding goals. The game is currently planned for an October 2018 release on PC with additional platforms to be announced if the game should reach some of its stretch goals.

For more information on the game, you can visit its developer’s website or even check out the Kickstarter page, which is full of details. Want a glimpse of what the gameplay is like? Take a look at the Kickstarter announcement trailer below.

Yakuza Stream to Take Place Next Month Celebrating 15th Anniversary, Announcements Regarding Future of the Series to be Made
Doom Eternal on Switch Will Now Be Digital-Only
Nintendo Sets Animal Crossing: New Horizons Guidelines for Businesses and Organizations: “Refrain From Bringing Politics Into The Game.”
CrossfireX Delayed to 2021 Due to COVID-Related Challenges
Grand Theft Auto Online Goes to Cayo Perico For Next Heist