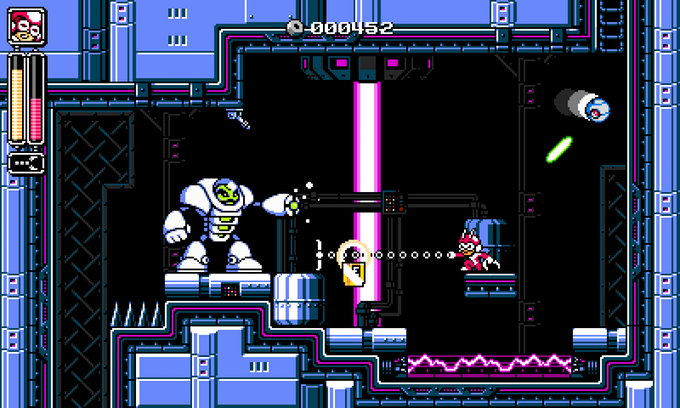 Earlier this month, independent French developer Box Hedge Games created a crowdfunding campaign on Kickstarter for their 8-Bit gun and gun platformer Super Mighty Power Man. Nine days after the Kickstarter launched, the developer decided to cancel the project due to numerous reasons.

According to the update on the Kickstarter page, one of the reasons the team decided to cancel the project was due to the campaign not meeting the team’s goals. Citing that they did not succeed in attracting enough people to not only pledge the title as well as the anticipated “late” release date for the game. The developer stated in the update that they did not want to go down the same path as Kickstarter-funded games before them by overpromising to their backers.

Additionally, another reason for canceling the game’s Kickstarter was due to several companies expressing interested in holding the publishing rights for the game. While no names were given as to which publishers have reached out, Box Hedge has stated that they are currently discussing ways to secure funds to develop and release the game. Despite the secrecy on when the game will be released as well as who will be publishing it, the developer has stated that the game “will get funded and published at some point.”

Super Mighty Power Man is a “genuine 2D action‐platformer” that takes massive inspiration from Mega Man as well as numerous other games released during the iconic third generation of gaming, such as Contra and Super Mario Bros. For more information on the Mega Man-inspired title, you can check out a few screenshots of the game.

Shovel Knight Teams Up With Arby’s – What Does the Kid’s Meal Include?
Hu Tao Teaser Trailer Reveals How Scary She Can Be With Staff of Homa
Tniwe Cosplay: Top 6 From Pokemon to Metal Gear Solid
Fortnite: How To Get The New Fresh Bundle
How Long Will The Mario Items Be Available in Animal Crossing For?