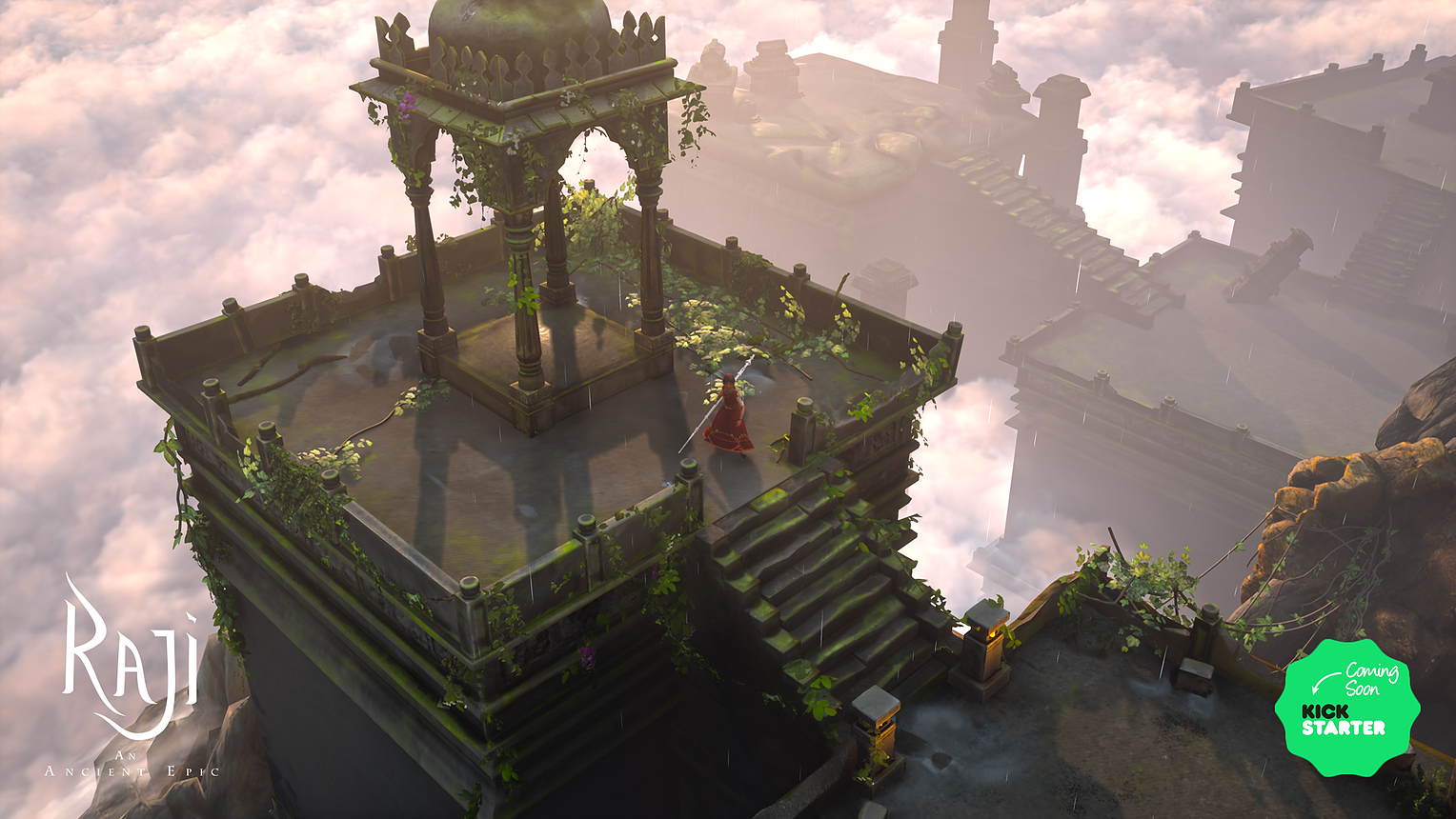 Raji: An Ancient Epic is an action-adventure game set in ancient India. In it, you play as a young girl named Raji who has been chosen by the gods to stand against the demonic invasion, led by the demon lord Mahabalasura, of the human realm and to save her younger brother.

The game’s story is said to take place right at the start of the “next great war,” where demons and gods tussle at the expense of the survival of humanity.

The demons have challenged the gods in the past, thousands of years ago, but lost, and are now hungry for revenge. During the thousand years of peace, the human race is said to have become content, falling into a false sense of security.  Not only are they ill-prepared for an invasion, but they have also forgotten the ways of alchemy.

That’s where Raji comes in. Chosen by the gods as the sole defender of the human race, she wields weapons and powers of the god that have yet to awaken from within.

Raji herself is said to have suffered during the siege of Jaipur, where her brother was abducted by the Demons. It is after these events when she discovers she has powers.

The game features a “Favor of the Gods” feature that allows the player to pick their god and customize various weapon abilities. Each god grants you a unique element, with the choice of fire, ice, lightning, earth, and rage. This feature, according to Nodding Head Games, enables you to create your own personal playstyle.

For those that don’t know: Square Enix Collective is a curated platform that has been created to act as a service provider to independent developers, either through helping build a community, helping to raise funds via Kickstarter (speaking of which, Nodding Head Games has said one such campaign will come later this year), or with support for releasing games.

Developers who work with SEC always retain the IP and creative control. The feedback the campaign garners is specifically used by SEC as a guide to which projects it wants to support beyond the initial campaign.

Raji: An Ancient Epic, which has been in development for over seven months, is being developed for PS4, PC, Xbox One, and Nintendo Switch. It currently doesn’t have a release date.

Below, you can check out the new, aforementioned gameplay trailer. For more information on the game, be sure to check out its official website.