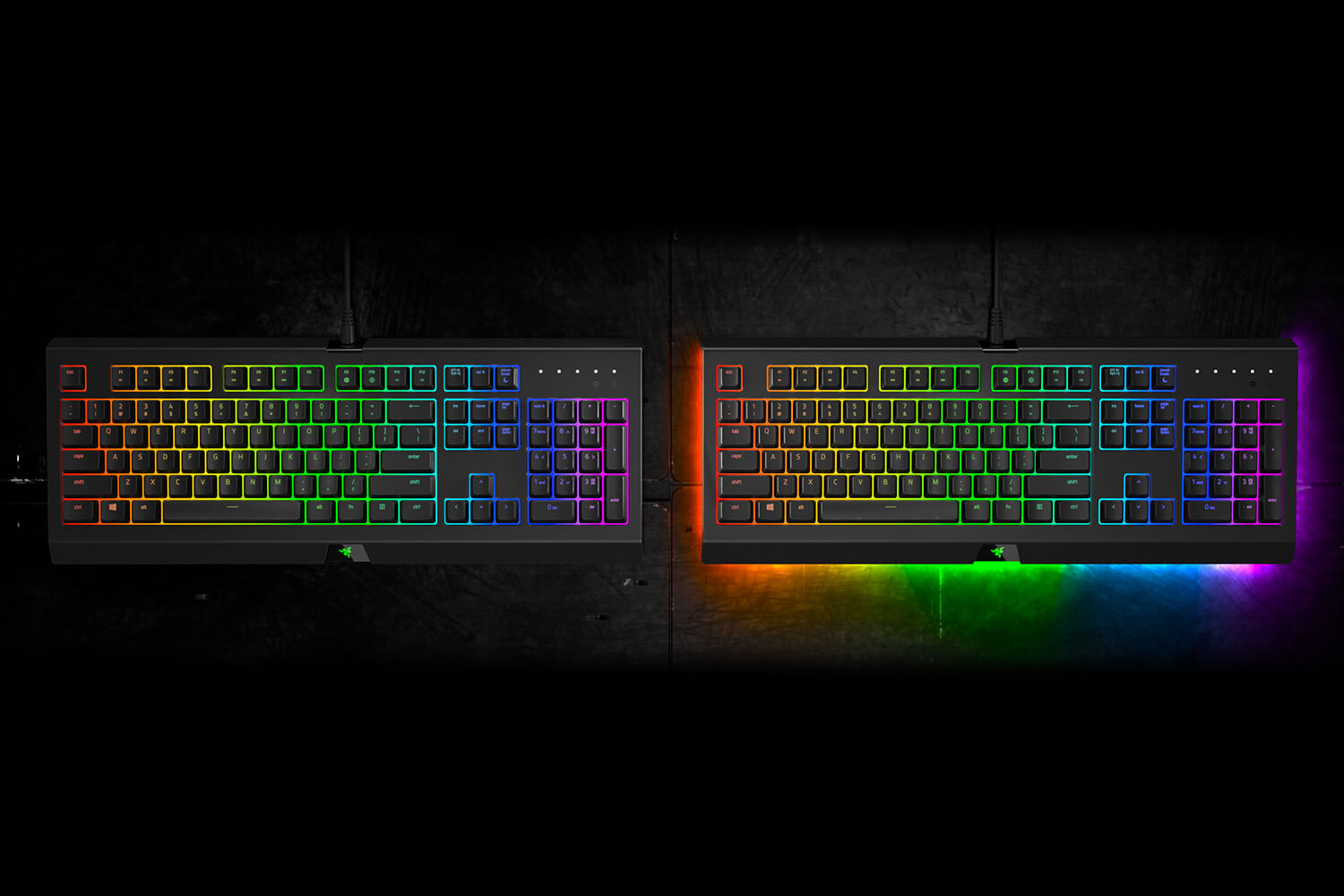 According to the manufacturer, both keyboards are only available in the United States currently. The Chroma Pro keyboard can be purchased exclusively on Razer’s website for $79.99 while the Cynosa Chroma is available for pre-order for $59.99 and will be sold in third-party stores (as well as online) with a worldwide release date set later this year.

Razer has stated that both Cynosa series keyboards are the definitive entry-level gaming keyboards currently available. Some features both products incorporate are the company’s notable per-key Chroma lighting, programmable macro keys, ten-key rollover (as well as anti-ghosting), and a 1,000Hz polling rate, and are both water-resistant. Each key on both keyboards is fully customizable and is individually backlit with over 16 million color variations.

On top of that, both products are the first two keyboards to utilize the Razer Synapse 3 software, which allows players to choose lighting and performance parameters and produce personal macros and key binds. The software can be accessed from any computer as the particular configuration is saved in the cloud.

You can check out a trailer for the Cynosa Chroma Pro, as well as several screenshots of both keyboards below: