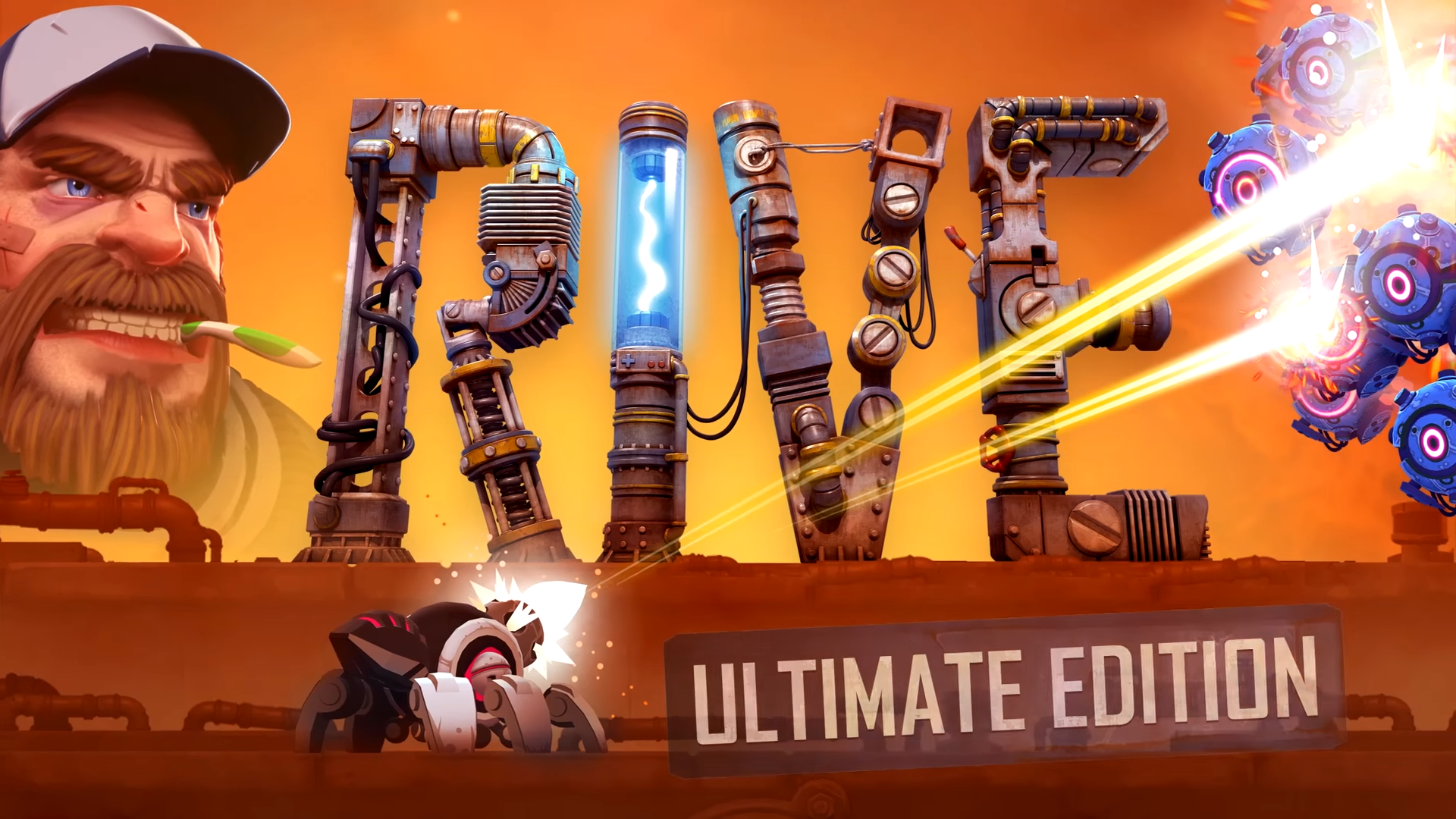 Indie developer Two Tribes revealed today that its exhilarating platformer/shooter RIVE will finally be releasing on Nintendo Switch on November 17 as RIVE: Ultimate Edition. The game launched last year on PC, Mac, Linux, and PS4, with the planned Wii U version being canned in favor of a Nintendo Switch port that we have not heard about since.

RIVE: Ultimate Edition on Nintendo Switch does include quite a few new features that aren’t present in the other version. This includes Copilot Mode, where two players can make their way through the entire game together in local co-op using the Switch’s Joy-Cons. The game also takes advantage of the Switch’s HD Rumble feature, as each Joy-Con will give feedback vibrations during gameplay that can range from subtle bumps to extreme vibrations.

The game will also include 48 achievements for players to obtain, a rarity for titles on the Nintendo Switch. Some of these achievements are also brand new and not present in any other version of RIVE. According to Two Tribes, the developers have worked really hard to make the game engine run well for better game flow and super stable performance. RIVE: Ultimate Edition should be running at 1080p and 60fps at all times on Nintendo Switch.

You can check out the announcement trailer below. RIVE: Ultimate Edition will release on Nintendo Switch November 17.

Trails of Cold Steel 4 Review — End(game) of Saga
Netflix, Disney+, YouTube, and More Media Apps Confirmed for the PS5’s Launch
One Second From Every Game That Defined PS4
Immortals Fenyx Rising Takes the Best Elements of Breath of the Wild and Assassin’s Creed Odyssey and Shakes Them Up
Apex Legends on Switch Has Been Delayed to Next Year