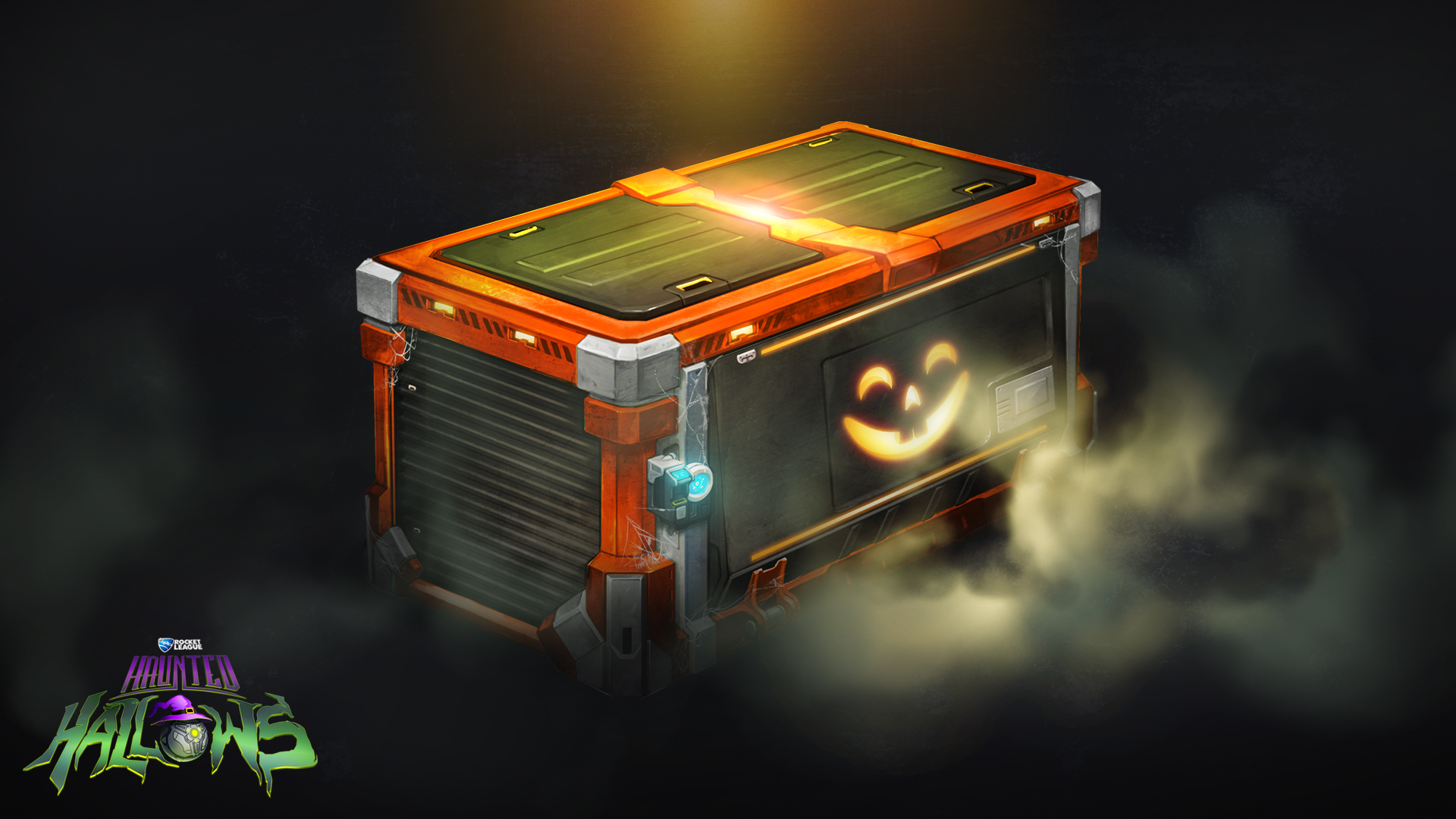 While loot crates have existing for years on the PC space, console gamers may have only been introduced to the latest microtransaction fad with releases like Overwatch and Rocket League. And with the latest firestorm surrounding the business model, Rocket League is looking to experiment with their business practices in their annual Haunted Hallows (read “Halloween”) event beginning this Monday.

The current business model for Crates in Rocket League has been that the items within the crates have been exclusively (outstanding looking) cosmetic items, ranging from decals, trails, and cars. However, the only way to open a crate would be purchasing (or trading for) keys in the respective e-shop for each console.

The brand new Haunted Hollows event will, instead, introduce an alternative to keys: Decryptors. These Decryptors will act as Keys, except they are purchaseable with a new in-game currency (Candy Corn) and the items unlocked in the event cannot be traded via market places. Even better, Decryptors work on any Crate — not just the newly-revealed “Haunted Hallows” event loot crate.

But how do you earn this new in-game currency? Simply by playing the game. The elegant solution awards currency for playing (and, most importantly, completing) online matches. To access those matches, players will need to select the “Special Event” button on Rocket League‘s main menu screen.

Meanwhile, those brand new Haunted Hallows Crates can be purchased directly from console stores — instead of RNG awarded at the end of levels. Purchasing from the stores alleviates the need for Keys or Decryptors, because direct purchases will come unlocked. While this does open up a new revenue stream in an almost card-pack like system, the option to earn all of these items organically via in-game play (albeit with a grind) is a bit more savory than recent versions.

Along with all of these additions, Candy Corn will be able to purchase Haunted Hallows Event Crates (locked) and other and other Halloween items. If you want to start racking up these items, the event begins Monday, October 16 and ends Monday, November 6. Oh, and you have to get that dabbing ghost explosion:

Hopefully, this is a test case to a permanent solution to the Rocket Leagues‘ possible PR problem surrounding the business practice. And a comment from developer Psyonix’s team on the Reddit thread about the update seems to suggest we will be seeing a repeat for future events — but no mention of off-holiday play implementation:

Loot Crates are the current hot topic in gaming, thanks in part to the botched (and still in-progress) implementation in the Star Wars Battlefront II beta and Middle-earth: Shadow of War. Rocket League is currently available for PC, PS4, and Xbox One; a Nintendo Switch version has been fully detailed, but is still not-yet dated.