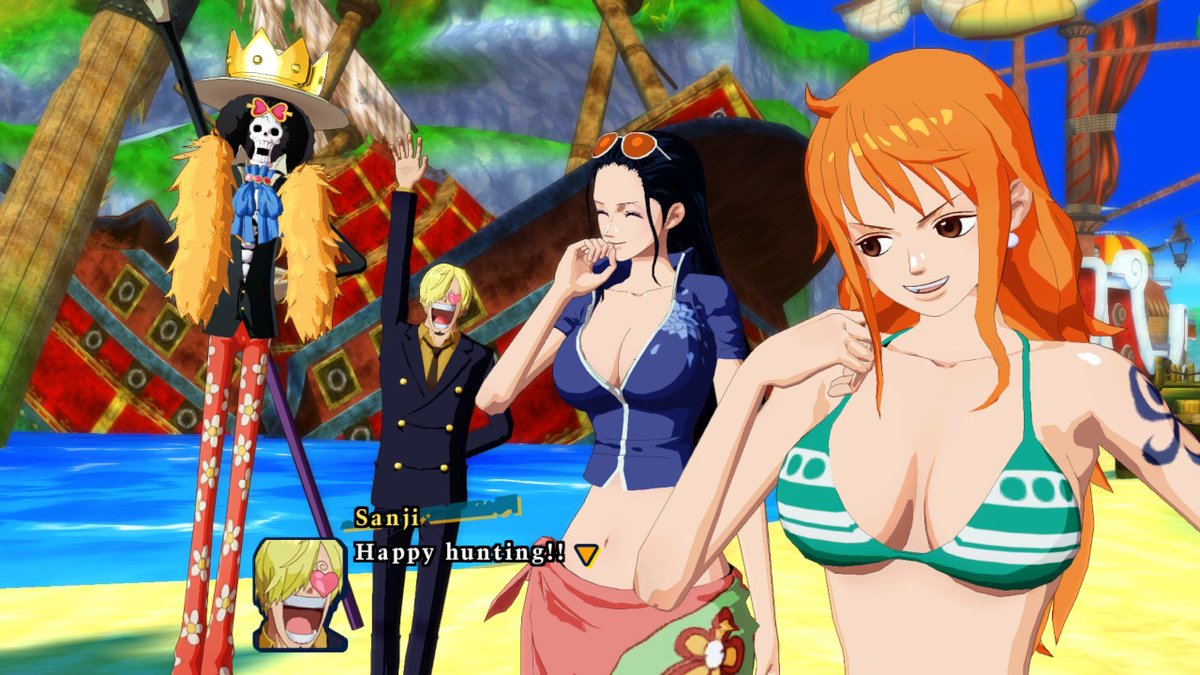 My first experience with One Piece: Unlimited World Red was actually with the PS Vita version of the game back when it came out exclusively at GameStop back in 2014. If you’re unfamiliar with the game, it’s basically a beat-em-up with some very minor RPG mechanics based on the iconic anime/manga series. And while the game was reviewed by DualShockers on Nintendo 3DS, I was excited to give the game another go on stronger hardware thanks to the latest Nintendo Switch release.

One Piece: Unlimited World Red is a decent game that’s a much better experience on the Nintendo Switch as opposed to its previous console and handheld counterparts. Having the ability to play on the go makes exploring, collecting, questing, and fighting in the Coliseum a lot of fun, even with the game’s relatively simple mechanics. The game leans into the pick-up-and-play style that handheld gaming affords.

Players even have the option of adding another player into the game with you using the Switch’s Joy-Con controllers. While using the Joy-Con definitely isn’t the ideal way to play One Piece: Unlimited World Red, having the ability to do so with a friend is a nice addition that Nintendo Switch owners and One Piece fans are sure to have fun with.

The cast of characters is diverse and each one plays differently from the others. In the Deluxe Edition of the game, you’ll be given all of the costumes that were released over time on all of the previous consoles, as well as the exclusive Day One Edition content on the Vita version. You also get a slew of new, difficult quests that’ll grant you some good rewards to build up your town.

If you’re looking for an in-depth combat system, you might not find that in One Piece: Unlimited World Red. Combos are pretty simple to pull off and you don’t learn any new skills or combos throughout the game — however, I felt that boss battles and enemy variety kept things feeling fresh for the most part.

My biggest issue with One Piece: Unlimited World Red is its strange use of character quotes or “words” to buff other characters and open passageways throughout missions. The system is weird; during each story mission, you’re typically sent off to find a chest that contains a quote you can use to open a passageway in the map to progress. You can then equip different item words and equipment words to buff your stats.

The camera also feels a bit wonky at points. You play from a third-person perspective with each character, though I wish they had pulled back the camera a bit more. At times, it still feels far too close and can make moving around the game world. More particularly the game’s hub world, far less satisfying because of the restricted view.

Each map in the game is a throwback to locations from the iconic anime and manga; they’re not too big at all, so exploring them in short bursts is great for on-the-go play. Every location feels unique from the last, and each of them will be filled with different items that you can typically only find in that location.

Each place on the map also has a slew of fishing and bug-catching minigames. Both minigames are essentially rhythm games where you’ll have to press slow or fast button prompts. As I’m more accustomed to the DualShock 4 and Xbox One controller scheme, it took a little while for me to get used to Nintendo’s controller layout, but eventually I got the hang of it.

The game also does a fantastic job of capturing the look of One Piece‘s characters and every location that fans might recognize from the show/manga. When One Piece: Unlimited World Red came out on the Nintendo 3DS it was impressive at the time; while it’s a little less so on the Nintendo Switch (compared to its other console iterations), One Piece fans will likely be pleased with the overall aesthetic of the game.

If you’ve been on the fence about picking up One Piece: Unlimited World Red Deluxe Edition on the Switch, I would definitely say it’s a worthy addition to its library of titles for One Piece fans. It’s mechanically not as deep as other games that are like it, but if you’re a hardcore fan of the series, you should be able to appreciate all of what Unlimited World Red Deluxe Edition has to offer.

Where Cards Fall Comes to Nintendo Switch and PC Next Year
Watch Dogs Legion Reviews Will Go Live on October 28
PUBG Season 9 Is Here With Paramo, a Wild New Map
DOOM Eternal: The Ancient Gods – Part 1 Launch Trailer Features a Hell of a Lot of Demon Killing
Disc Room Delayed On Nintendo Switch in Europe By a Week