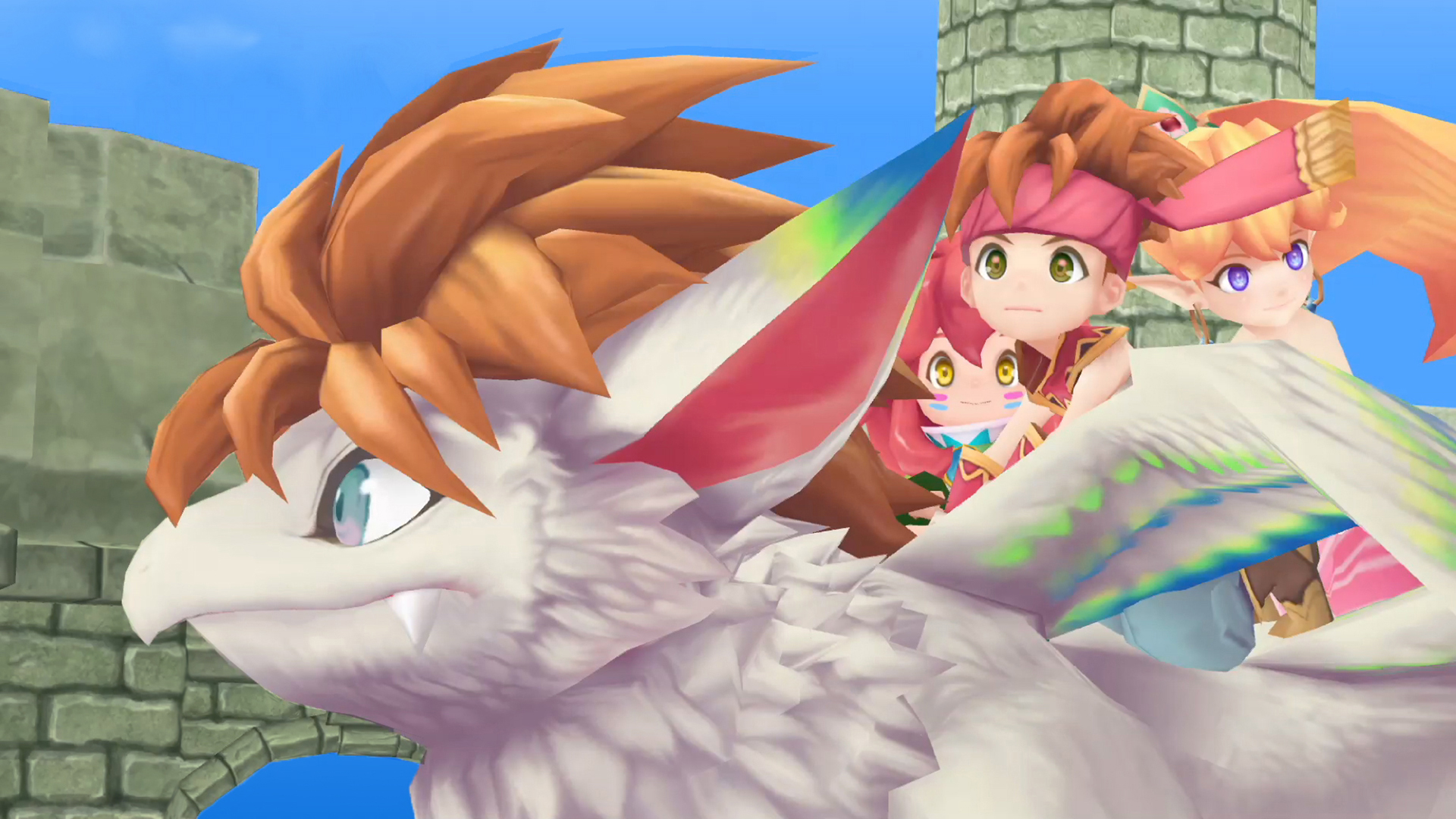 Square Enix hosted a special panel dedicated to their upcoming remake of Secret of Mana, coming to PlayStation 4, PlayStation Vita, and PC-via Steam on February 15, 2018.

Known as Seiken Densetsu 2 in Japan, this Secret of Mana remake is an updated version of Secret of Mana that was originally released on SNES in 1993. During Tokyo Game Show 2017, Square Enix showed off some live gameplay from the stage of its three player multiplayer mode, a feature that was also in the original version of the game.

Throughout the game, players will be able to control one of the three main characters: Randi, Primm and Popoi. Additionally, Multiplayer Mode allows players to team up with up to two other friends and beat down some enemies together while independently moving around the field at their own will. It was a fun feature when I first played it in 1997 and it seem like the same can be said for the remake.

In this release of Secret of Mana the 3D textures have been completely remade to show the colorful world that the game is set it. This will most likely make the world approachable to modern players and give returning ones a reason to replay one of the great RPGs from their past.

You can watch the gameplay below: