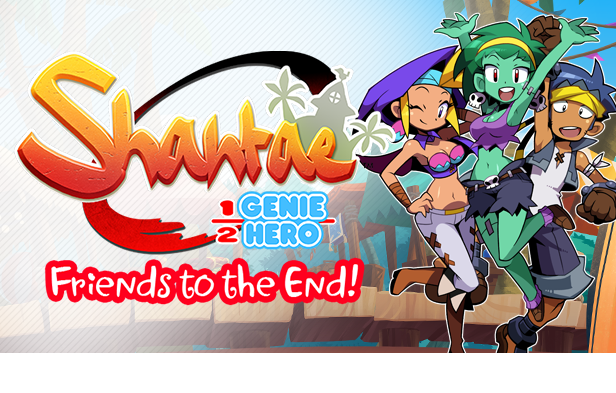 The developers at WayForward Technologies announced some new DLC that would be coming to Shantae: Half-Genie Hero in the form of some new characters and story. A ton of new details has been revealed about how exactly the DLC will differ from the main game.

The DLC will be titled Friends to the End and it’ll allow you to play as three brand new characters, Sky, Bolo, and Rotty. Additionally, it’ll also introduce a new part of the story that players did not get to see in the vanilla version of the game. In it, Shantae is turned into the evil Nega-Shantae. The trio of new heroes must band together and enter Shantae’s mind so that they can save her.

You’ll be able to quickly swap between all three of the new playable characters. Each one uses a different special ability that’ll benefit you in specific sections of the game.

Sky’s special ability allows her to toss eggs that can turn into platforms. She mostly uses long-range bird attacks against her enemies. Bolo’s special ability lets him latch onto objects with his Spring Claw. He’ll be able to swing himself around like a ninja. Bolo can deal heavy damage at medium-range using his spiked chain. Rotty uses her zombie leg as a club when attacking to deal crazy damage. She’s easily the strongest of the trio as her special ability allows her to take off her head and roll it or throw it in locations she wouldn’t normally be able to get to.

The new content will be free for Kickstarter backers and paid for everyone else. You can check out some new screenshots of the DLC in action down below: