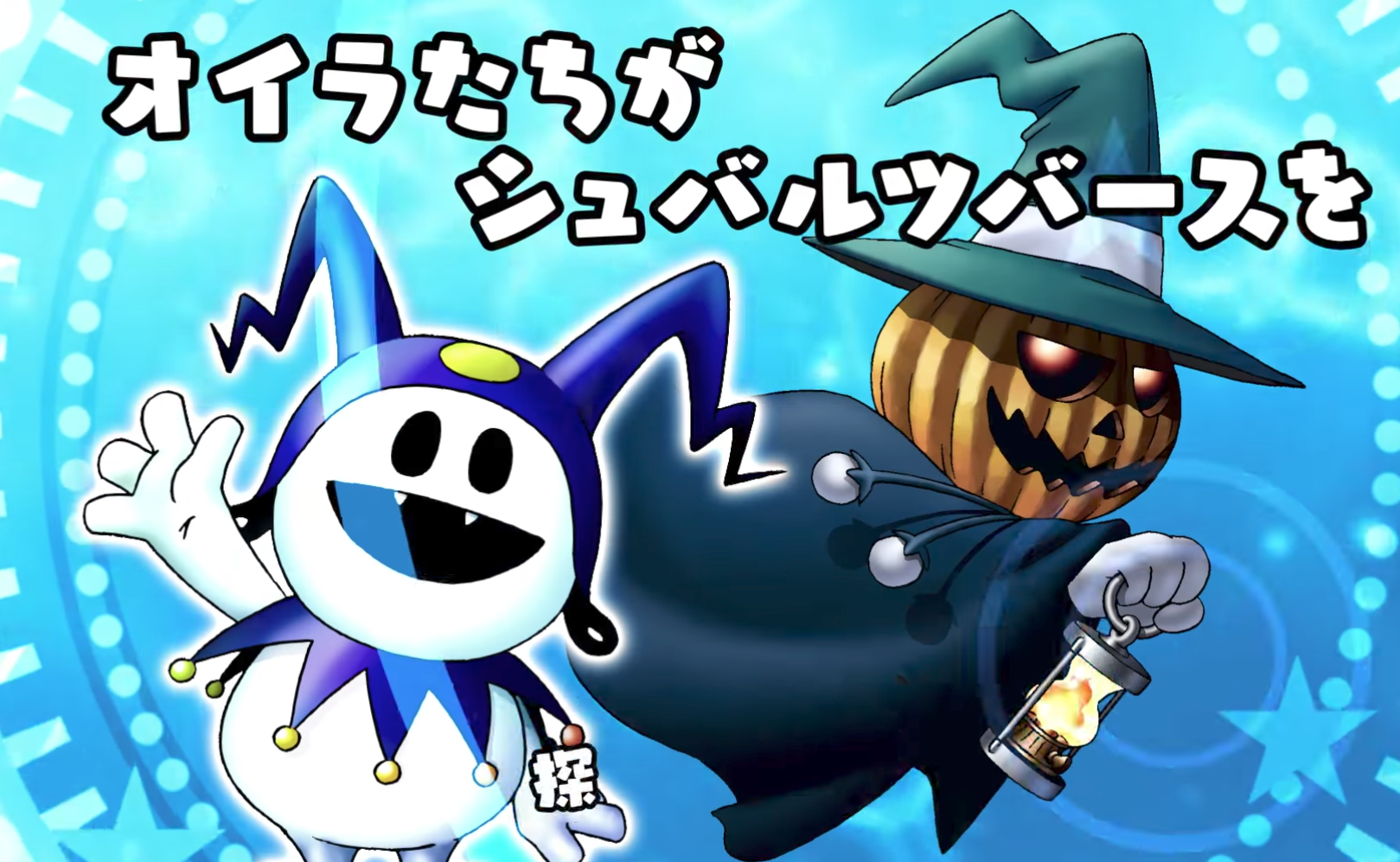 The trailer is pretty strange since it begins by showing some of the updated cinematic scenes of Shin Megami Tensei: Strange Journey Redux and they look good and all, but then the trailer cuts to a Jack Bros. metroidvania game featuring long time series characters Jack Frost and Jack O’Lantern.

Sadly, the trailer brings the excitement to a halt by slapping a large fake stamp at the end of the preview, but those 30 seconds will always be remembered. However, part of me is still going to hold onto hope that this is real since the last time I played a game starring the duo was on the Virtual Boy.

In Shin Megami Tensei: Strange Journey Redux players will play as a United Nations soldier who is investigating a spatial anomaly known and Schwarzwelt. This dome of dark energy threatens to consume the world and must be put to a stop. The player will need to journey inside and confront all the horrors within.

The updates to this version of the game include, additional story content and a brand-new character that will allow returning players a new experience.

You can watch the trailer below as well as check out the fake Jack Bros gameplay:

Hu Tao Teaser Trailer Reveals How Scary She Can Be With Staff of Homa
Goosebumps: The Game – Debut Trailer | PS4, PS3
Xbox 360 Game of the Year 2010
Xbox – March 2021 Games with Gold
How to Get the Hop Rock Dualies in Fortnite?